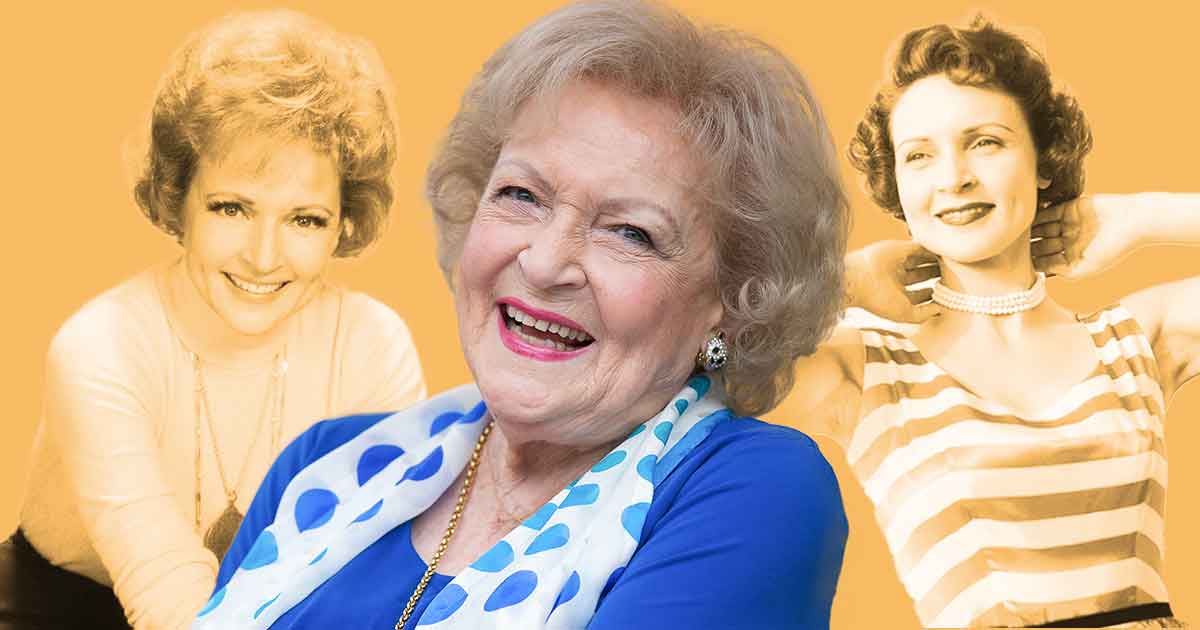 Betty White was one of America’s most beloved actresses and her death at age 99 came as a shock. Ever since she starred in the sitcom, “The Golden Girls“, she has become a household name in America. Her name and fame have reached all over the world and now, when people hear “Betty White,” they imagine a kind and funny old lady that has stood the test of time.Â

She’s one of those people that we can imagine living forever. Her age is something she was proud of, too. Just weeks before her death, her Twitter account gushed about her upcoming 100th birthday. There was even supposed to be a 100th birthday special to commemorate the special number.

She would have turned 100 on January 17, 2022. There was even a screening celebration planned. The screening is still pushing through but its purpose is now different. It now aims to celebrate her life.

Before the movie’s release, let’s take our own trip down memory lane and go back to what Betty White is most known for:

A Pioneer of Television

Betty started working in the television industry as early as the 1950s. She also appeared in an experimental broadcast in the 1930s, making her the first woman to appear on TV. Because of these, she has one of the longest-running careers in the history of TV with an experience of over 80 years. She really was at the forefront of many firsts for females in television.

Betty White is probably most known for playing Rose Nylund in “The Golden Girls.“ After her iconic role, she has been dubbed a Golden Girl. She played the character for eight years and seven seasons. It’s a show about four women navigating their golden years in Miami.

When she was in her 30s, Betty had her own self-titled variety show called “The Betty White Show”. She was hired as a cast member at the “Hollywood on Television” but after the host of the show left, Betty took over and had the show named after her.

At the Forefront of Change

It was believed that the cancellation of “The Betty White Show” was because Betty refused to agree to racist demands from the show’s higher-ups. One of the show’s regular performers was a tap dancer named Arthur Duncan. He was the first black person to be a series regular at a time of racial segregation. But when she was asked to remove him from the show, she declined.

Aside from defying racist demands, Betty broke the stigma around HIV and AIDS via an episode of “The Golden Girls”; was an animal lover and activist; and was a feminist role model for leading her early works on TV — not only was she an actress and a host because she also dabbled in being a co-creator and producer in her shows.

In her 99 years of life, Betty has done a lot. The above is just a small reminder of the things she has done and is most known for in her illustrious career.