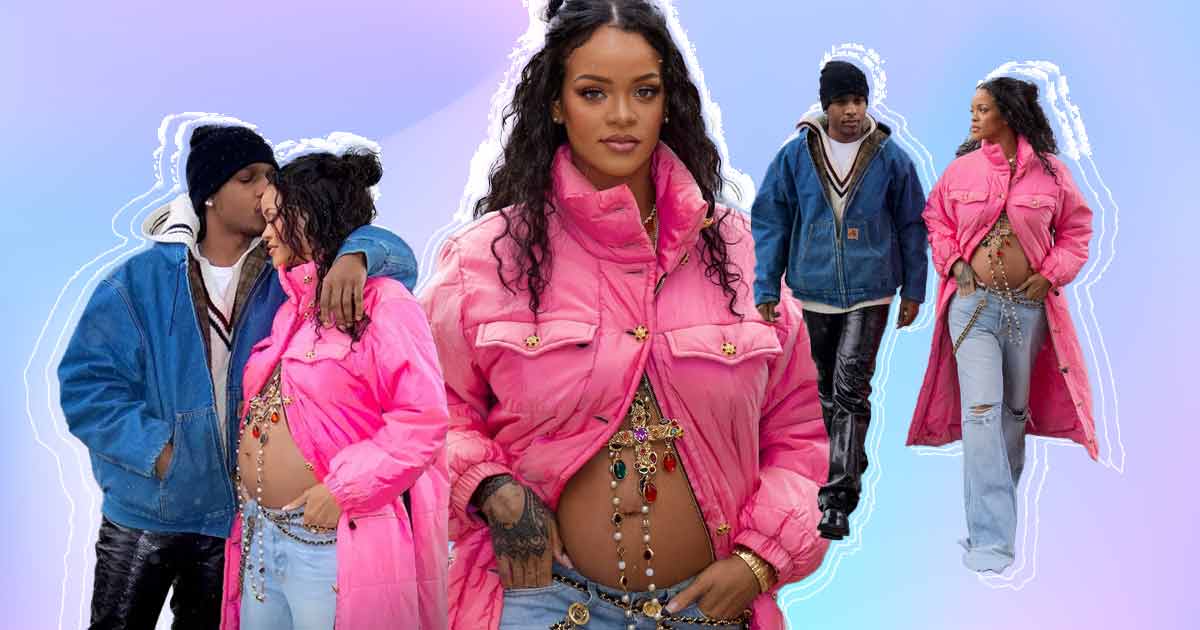 Singer and Fashion mogul Rihanna and rapper A$AP Rocky are expecting their first child together!

The world found out about the superstar couple’s big news through photos taken in New York City over the weekend. Rihanna showed her baby bump while rocking a pink winter coat and light wash jeans.

Though they have worked together and been close for years, Rihanna and A$AP Rocky did not start dating until during the pandemic. They first collaborated in the rapper’s song “Fashion Killa” back in 2013.

The following year, the Fenty Beauty founder was romantically linked to several A-list stars but eventually reunited with Drake back in 2016. In the same year, the Canadian rap star even professed his feelings for her while presenting the Michael Jackson Video Vanguard Award at the MTV Video Music Awards, but eventually parted ways.

The “Diamonds” singer soon found love in Saudi billionaire Hassan Jameel but in 2019, reports about their breakup circulated online. Rihanna and A$AP Rocky’s reunion sparked a rumor in 2020 but they have kept mum about it until November.

READ: A Love Letter to Rihanna

Since then, they have become more open with their relationship, with the two being spotted strolling around or at the red carpet.

How It Is Going

Although their pregnancy may come as a surprise, both of them were vocal about wanting to have children someday. Rihanna even told British Vogue that she will “have kids; three or four of ’em” noting that she would go through motherhood alone should she not find a suitable partner.

Back in May 2021, A$AP Rocky gushed about his love life and called Rihanna the “love of my life” in his GQ interview.

“So much better. So much better when you got ‘the One.’ She amounts to probably, like, a million of the other ones. I think when you know, you know. She’s the One,” he shared.

When asked about the possibility of entering fatherhood, he said, “If that’s in my destiny, absolutely.”

“I think I’d be an incredible, remarkably, overall amazing dad. I would have a very fly child. Very.”