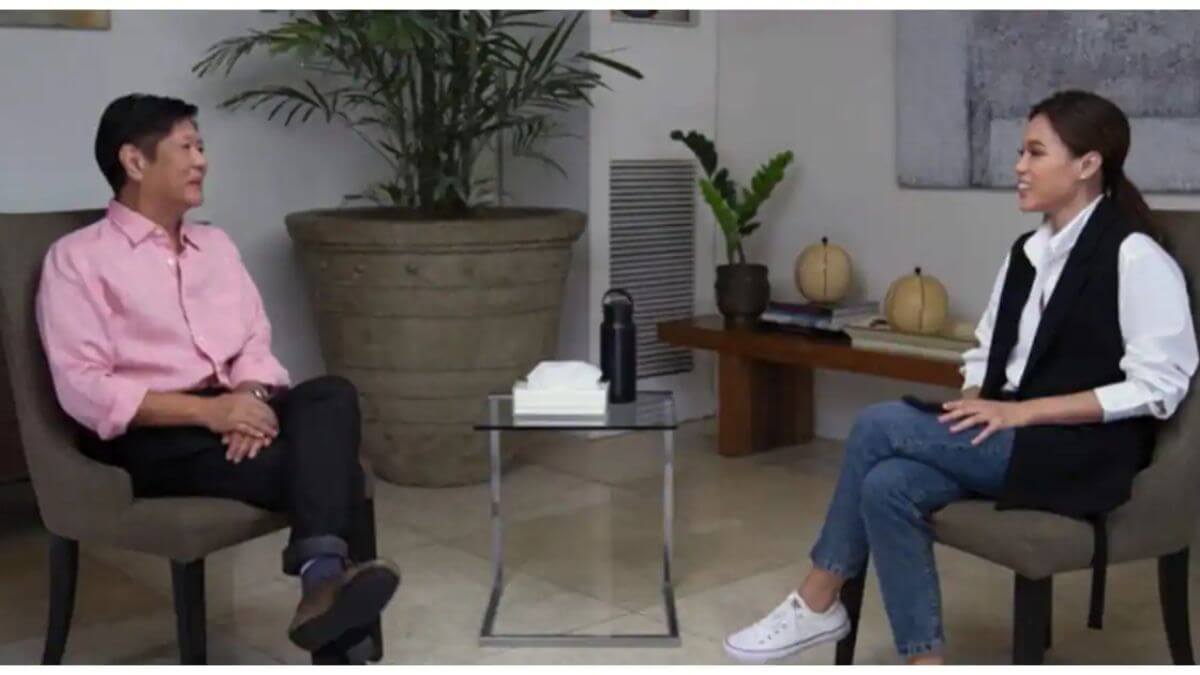 During the almost thirty-minute interview posted on her channel, the actress was seen asking Marcos very neutral questions about his late father, dictator Ferdinand Marcos. The topics ranged from the former president’s visions for the country and his character as a father, notably skipping over the atrocities and human rights violations of the Martial Law period.

Marcos could also be heard saying that the late president was an “actual leader,” with concrete goals for the Philippines and a serious disposition for his job.

The video, suffice to say, did not sit well with netizens. Many pointed out that Gonzaga’s attempts to appear neutral was a conscious choice to contribute to historical revisionism, while others stated that she tried to paint the dictator as a relatable father figure.

Organizations like the Ateneo Martial Law Museum slammed the former host, calling for her to also interview victims and surviving families of the Marcos regime. Artists like Tarantadong Kalbo also took to visual art to illustrate the deafening “elephant in the room.”

To make things worse, the video was released just in time for Marcos’ birthday, which was days before the 49th anniversary of his father’s declaration of martial law.

Supporters of Marcos and Gonzaga commented that the interview and Youtube channel was neutral, as Gonzaga had also featured Vice President Leni Robredo and human rights lawyer Chel Diokno (whose father was detained during Martial Law) in other videos.

Yesterday, Gonzaga released a statement on the criticism and said, “I’ve reached a point in my life where I realized that other people’s perception of me is not my responsibility anymore.”