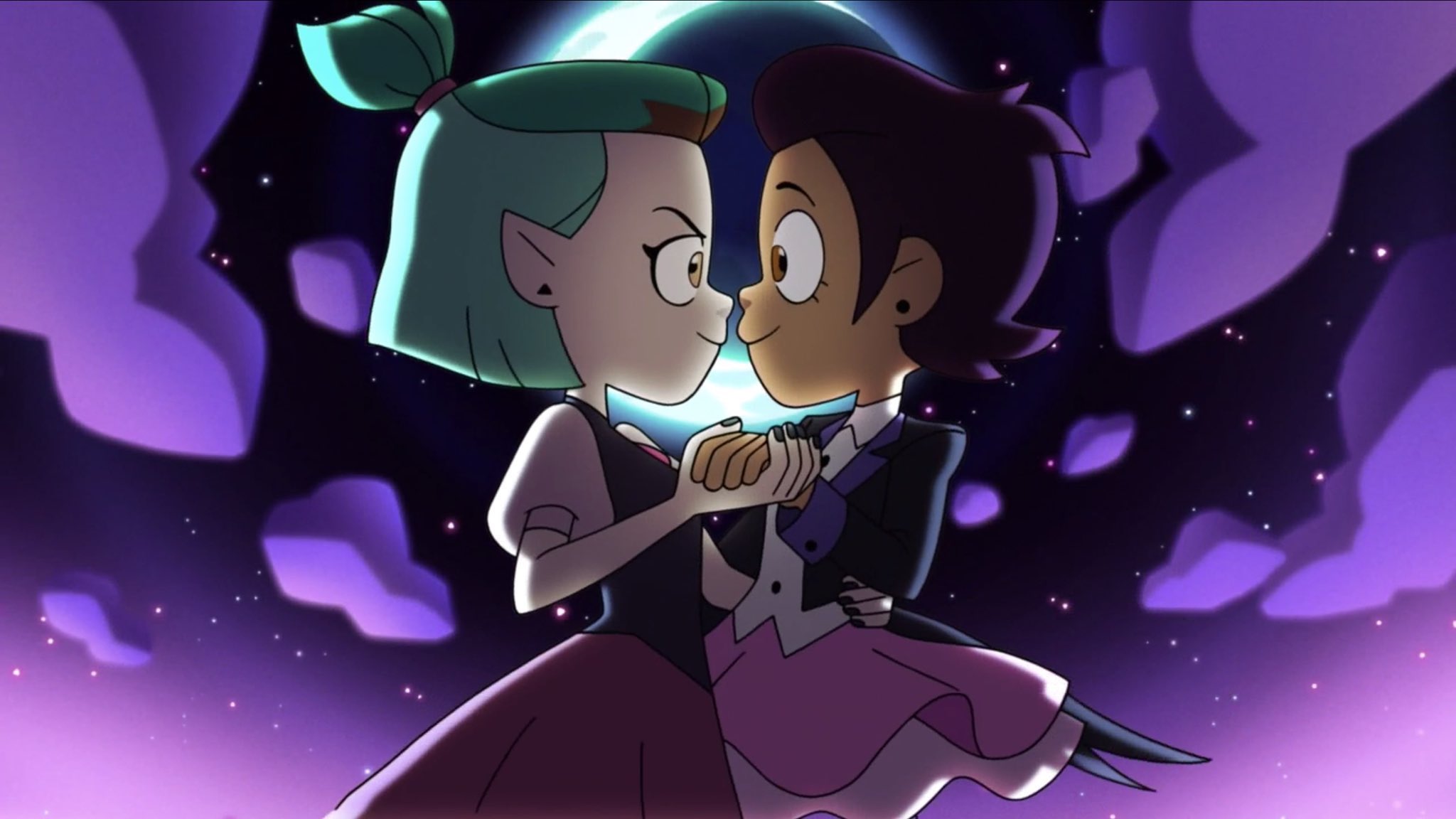 The Owl House recently introduced Disney’s first LGBTQ protagonist, a young girl named Luz. In one of the recent episodes, Amity, Luz’s friend, was revealed to have feelings for Luz and was planning on asking her to prom. Showrunner Dana Terrace even confirmed that this was a queer storyline in the making and not just subtext.

This is a huge deal for Disney. Kids’ media with LGBTQ characters often get the most backlash. Many still deem LGBT storylines to be inappropriate for children, despite the LGBTQ community including younger people who benefit from seeing themselves and narratives they can connect with on TV.

Fortunately, like The Owl House crew, there are showrunners who prove not just how seamlessly LGBTQ characters fit into kids’ stories, but also enrich the story. Here are some examples:

She-Ra is full of great queer characters, including Adora, the protagonist. One of her main conflicts center on her relationship with her bestie-turned-enemy, Catra. Following Catra’s redemption, the show’s emotional climax includes a kiss between the two. This didn’t just conclude Adora’s emotional arc, it also added layers to how love informed the role of magic in the show.

The Legend of Korra

Not only was this one of the first LGBTQ representations in a kids’ show, but it was also a part of a huge franchise with a massive following. That made the move of making Korra and Asami’s relationship romantic all the more bold. But it wasn’t just bold, it also made sense. The finale was the natural conclusion to the development of their relationship, which was a huge factor in Korra’s emotional growth in the last two seasons. Besides, this was also the perfect subversion of the love triangle trope earlier in the series!

After 10 seasons of developing Princess Bubblegum and Marceline’s relationship filled with hints to their strained past, their kiss in the finale confirmed the romance between the two. It was a satisfying conclusion after years of showing, through not-so-subtle nods to the romantic nature of their relationship, just how important they were to each other.

One of the show’s most compelling relationships is between Ruby and Sapphire, who fuse to form Garnet. It was refreshing to see a kids’ series portray queer love as something good and magical and as something that can be represented through Garnet, a powerful and compassionate character that brings so much depth to Steven’s family.

Set in a post-apocalyptic world, this show centers on a group of kids trying to survive, one of them being Benson, who is gay. The scene where he comes out to Kipo is adored by fans because of how casual yet authentic it felt to the story. Benson continues to be excellent gay representation, with his arc not focused on his sexuality but still informed by it, especially with his relationship with his love interest playing a role in the latest season.