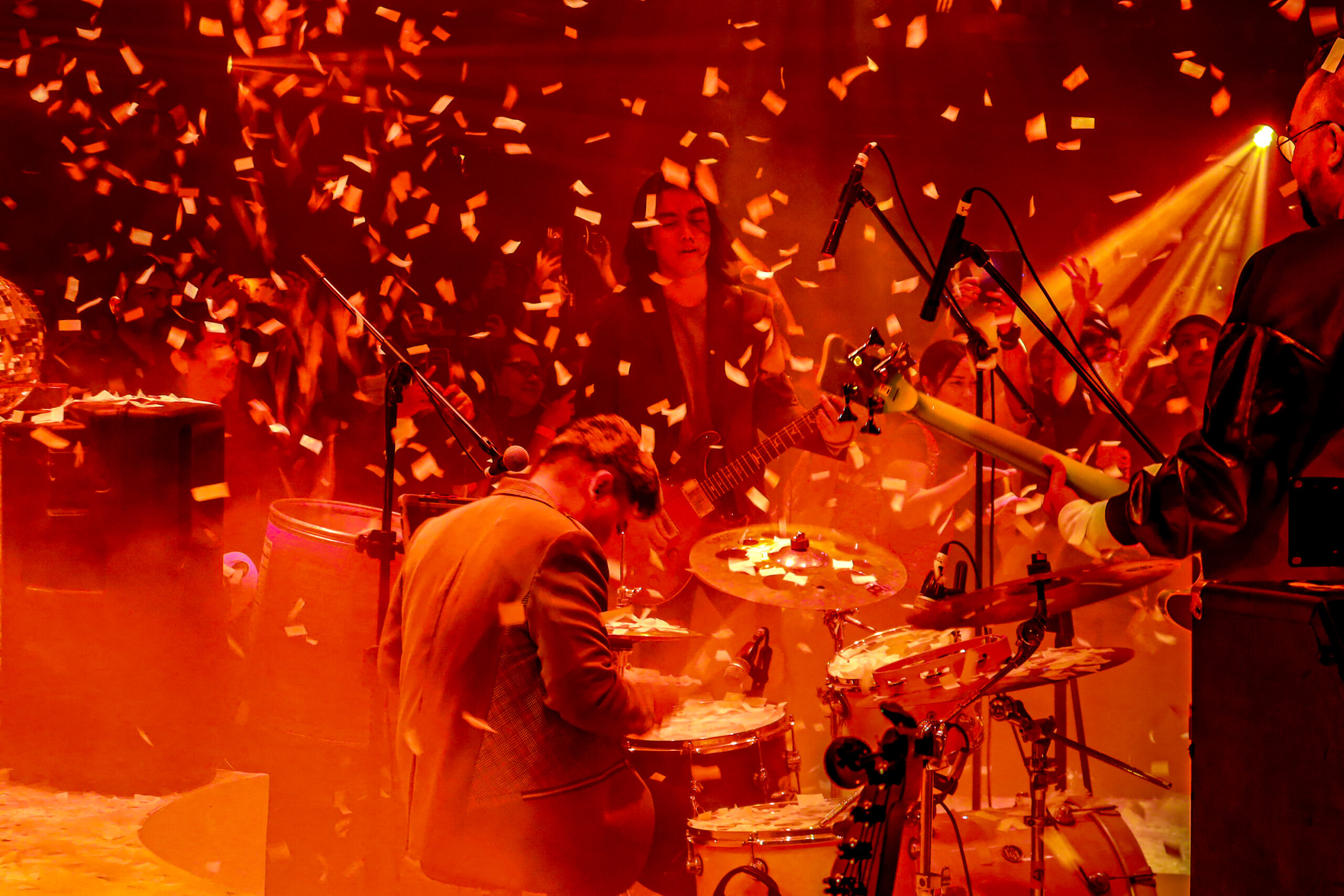 Alternative rock band Sponge Cola celebrated 20 years in music at PETA Plus Theatre last December 14 in a show called “Bottoms Up,” which fused a theatrical depiction of their band’s life stories.

“Bottoms Up” featured talents from the band’s members Yael Yuzon, Gosh Dilay, Erwin Armovit, and Tedmark Cruz. For a night, fans were also able to see the original lineup of Sponge Cola, featuring one of their founding members, Chris Cantada.

Sponge Cola played a total of three sets. One with Cantada playing drums and the other with Cruz, followed by an ensemble that featureed Cantada playing the guitar. Karylle, Yuzon’s wife, also jammed along with Sponge Cola.

FreebieMNL was also lucky enough to snag a backstage bottoms-up interview with the band.

Sponge Cola has been around for quite some time. In 2004, they released their debut album called “Palabas.” It included their anthems including “Crazy For You” and “Jeepney.” In our interview, FreebieMNL asks the band how far Sponge Cola has gone in terms of maturity.

Yuzon answers, saying that Sponge Cola has embraced every chapter they’ve experienced as a band. In fact, they still play old songs at their gigs, stressing that these songs are still part of them.

Erwin Armovit recalls how the song “Jeepney” jumpstarted their carrers. The Sponge Cola guitarist says, “Yung ‘Jeepney’ lalo na kasi sinulat namin siya at the back of our classroom. Little did we know that that song is gonna take us around the world. Here we are.” Nevertheless, he reiterates that the band “is still not done with creating music.”

But when it comes to songwriting, Yuzon is honest in that he doesn’t know how the band has actually matured. He says, “Kapag inaaral ko yung maturity with songwriting, I don’t know if we’ve matured. Ang alam ko lang, we’re just as hungry as before.”

Armovit states that they just keep trying new things. Bassist Gosh Dilay adds that when they write songs these days, it becomes automatic and they just keep composing until they produce an output.

Rather than being more mature, Ted Mark Cruz sees their writing process as being more efficient. For him, the listeners are the ones who can tell if the band’s releases have matured throughout the years. “Hindi dapat sa ‘tin galing ‘yun,” the drummer adds.

Sponge Cola concludes that they just do what they do in a more efficient way, with Yuzon stressing that, these days, they are better in handling their emotions towards the band.