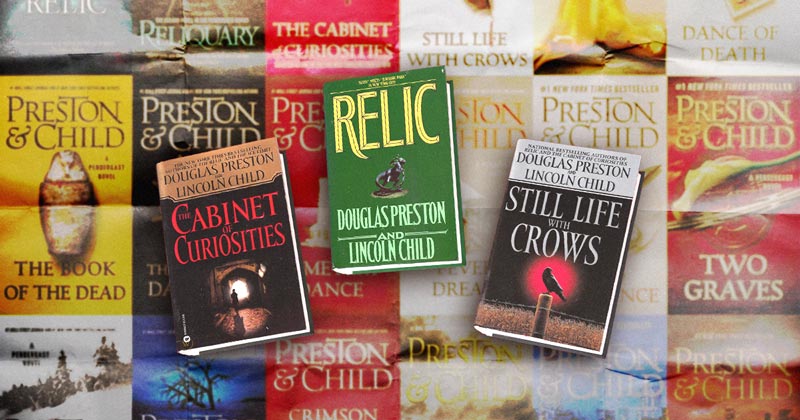 Good Reads: ‘The Pendergast Chronicles’ Is Still Reeling In Fans

The book series has been out for over two decades, but it’s still reeling in fans.

Douglas Preston and Lincoln Child began the Pendergast Chronicles in 1995. Relic was the title of the first book, and two years later, a movie based on the book hit the silver screen.

Twenty-seven years later, the book series is ongoing, with 20 books in the official line-up. Additionally, there are several spin-off books featuring certain characters.

In total, there are 33 books published in the Pendergast Chronicles. This count includes the spin-offs, and the dynamic author duo shows no signs of stopping. Fans are on their toes waiting for the next book to come out.

Aloysius Xingu Leng Pendergast is the main protagonist in Preston’s and Child’s series. Known as Detective Pendergast, he is a special agent in the FBI. He is also known to be a little eccentric, taking on cases that have the slightest hint of the supernatural.

Pendergast didn’t even start as the main character. In the first two books, Relic and Reliquary, he was a supporting character to a few others. Pendergast took the spotlight in the third book, The Cabinet of Curiosities.

Pendergast has an illustrious, albeit mysterious background. His air, appearance, and mannerisms lend to his eccentricity. He also has a few people in his life that are as weird, if not weirder.

What’s good about the Pendergast Chronicles?

There are stories within stories in the series. There are two trilogies within the 33 books. One is about Diogenes Pendergast, the detective’s crazy younger brother. Another is about Helen, Pendergast’s wife. They are stand-alone books, but they contribute to the story in its entirety.

The Pendergast Chronicles follows Detective Pendergast throughout his career and personal life. Some books in the series show him taking cases with a hint of the supernatural. His skills are unparalleled when it comes to solving these cases, which irks a few people at the FBI.

Pendergast’s exploits gain him a few enemies, living and otherwise. It’s one mystery after another, and it isn’t until the last few hundred pages that it all comes together.

What’s next for the Pendergast Chronicles

Fans still hold out for a TV adaptation, but Douglas Preston and Lincoln Child keep mum. After the canceled adaptation on Spike TV in 2016, no further news came out.

The Pendergast Chronicles is a great way to start if you want to read more books about crime and mysteries.