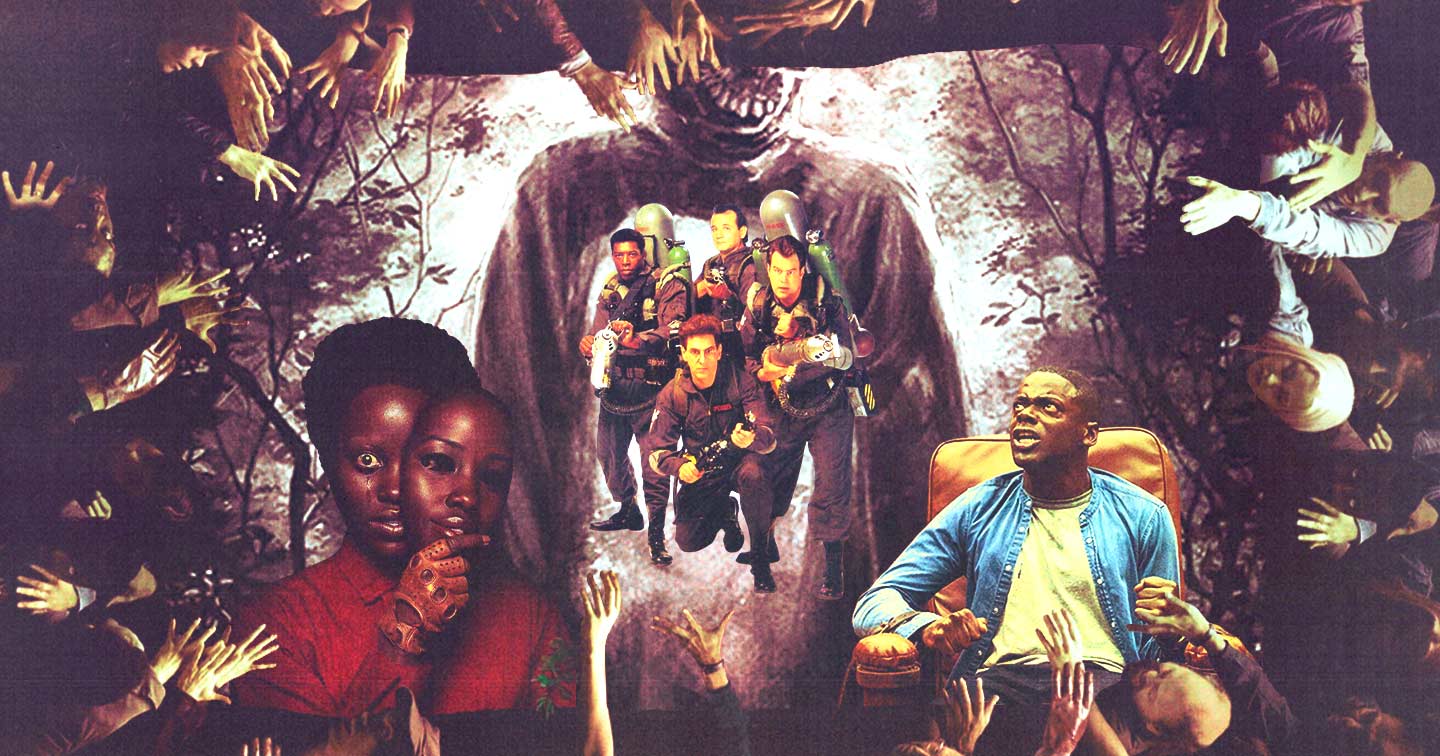 AKA horror movies for the faint of heart.

Be it b-movie streaming films, blockbuster popcorn flicks, or arthouse cinema from some cult director, people love their horror movies. Maybe the appeal is primal but there is something about excessive gore or blood-curdling jump scares that has always thrilled audiences.  However, there are those of us that may not get the same enjoyment out of the genre, those that consider sitting through a horror movie a mentally and emotionally, and (sometimes) physically stressful experience. This Halloween season, fret not, you can still pursue horror movie night with friends. Just with less anxiety.

For the scaredy cats, this list is for you. These are horror movies you’ll probably enjoy!

Shaun of the Dead

“Shaun of the Dead” tells the story of a professional slacker (Simon Pegg) and his deadbeat flatmate (Nick Frost) as a zombie outbreak makes its way to their north London neighborhood. The comedic pair seek refuge in a pub as they fend off the aggressive undead with plenty of laughs in the form of wry British humor along the way.

After dating for some time, Rose invites her boyfriend Chris to a weekend getaway upstate to meet her suburban parents, Missy and Dean. Initially, Chris sees the family’s welcoming and overly polite attitude as an uncomfortable attempt to deal with their daughter’s interracial relationship. As time unfolds, however, things begin to unravel. A number of eerie discoveries lead Chris to a horrifying truth he could not have imagined.

This horror/social commentary by Jordan Peele has become an instant classic.

Another Jordan Peele masterpiece, “Us” tells the story of Adelaide Wilson who, along with her husband and kids, reluctantly goes back to the beachfront home where she spent time as a child. Still traumatized by disturbing experiences from the past, Adelaide becomes more and more convinced something sinister is about to happen. Her intuition is right as four masked strangers force their way into the house, forcing the Wilsons into dire circumstances. When they reveal themselves, the Wilsons are shocked and horrified to see that each attacker looks identical to each of their family members.

After Barbara (Geena Davis) and Adam Maitland (Alec Baldwin) die in a motor collision, they find themselves in limbo, haunting their country home, not able to leave the residence. When the irritating Deetzes (Catherine O’Hara, Jeffrey Jones) and teen Lydia (Winona Ryder) purchase the property, the original and now-deceased owners try to scare them away with minimal success. Their efforts, however, summon Beetlejuice (Michael Keaton), an irreverent spirit who soon becomes menacing for the Maitlands and innocent Lydia.

After scientists (Harold Ramis, Dan Aykroyd, Bill Murray) lose their comfortable positions at a college in New York City, they pivot and become “ghostbusters”—a service they provide to battle the city’s supernatural, in exchange for money.

During a seemingly routine visit, they come across a gateway to another dimension, a doorway that will eventually release evil demons upon the city. The Ghostbusters are tasked with saving New York from complete destruction. More comedy than actual horror, Ghostbusters is 1980s New York City at its finest.

During the pivotal presidential election of 1988, a sensitive and angst-ridden teenager called Donnie Darko sleepwalks through the neighborhood and encounters a giant, demonic-looking rabbit named Frank, who informs him that the world will end in 28 days. When Donnie gets back home, he finds that a jet engine has crashed into his bedroom. Questions linger. Is Donnie living in a parallel universe, is he just suffering from mental illness—or were his premonitions right?

RELATED: “Zombieland” Director To Start Working On “Now You See Me 3”

Spooktober doesn’t have to be spooky. Will you settle for strange?