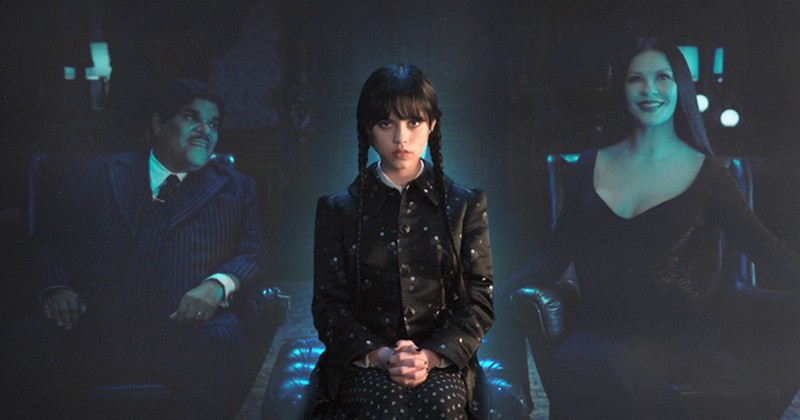 Creepy and kooky, mysterious and spooky, the Addams family is back!

The most beloved family is coming back to our screens with a live-action adventure. But it’s Wednesday’s turn to get the spotlight, as this new show (called Wednesday) turns the spotlight on her. But don’t worry though, Gomez, Morticia, Pugsley, and a few other characters will still be around.

If you’re a fan of the early live-action films, you’ll be in for a kooky and spooky treat!

What we know about ‘Wednesday’

Wednesday Addams is the titular character, so the entire story focuses on her. The series focuses on her borderline murderous antics and teenage struggles.

The Addams family members are notorious for their goth appearance and weird mannerisms. As a member of this kooky family, Wednesday has a hard time fitting in at a regular school.

She gets kicked out of her high school, so Gomez and Morticia decide to send her to a new one. This particular school welcomes her (ahem) uniqueness. But, Wednesday soon finds that she gets more than what she bargained for, and she loves it!

The series follows Wednesday and her family during her public school era. It has eight episodes, and a huge chunk of it follows her enrolment at Nevermore Academy. Incidentally, that school is where her parents met.

Gwendoline Christie (Game of Thrones & The Sandman) will play Principal Larissa Weems. She leads Nevermore Academy, the school that Wednesday will be transferring to. Christina Ricci, the actress who played Wednesday in the 1991 film, will appear in the series too.

What to expect from ‘Wednesday’

Since Tim Burton will be directing, audiences are expecting a lot from this series. He’s known for his work on spooky films like Edward Scissorhands and The Corpse Bride. Although this is his first foray into TV directing, showbiz-watchers believe he’ll deliver.

There is no official release date yet, but you can click “Remind Me” on Netflix. You’ll receive a notification when Wednesday is ready for viewing. It’s slated to come out later this year.

Fans are ruminating on the last Wednesday before Halloween being the perfect date. Do you think so too?