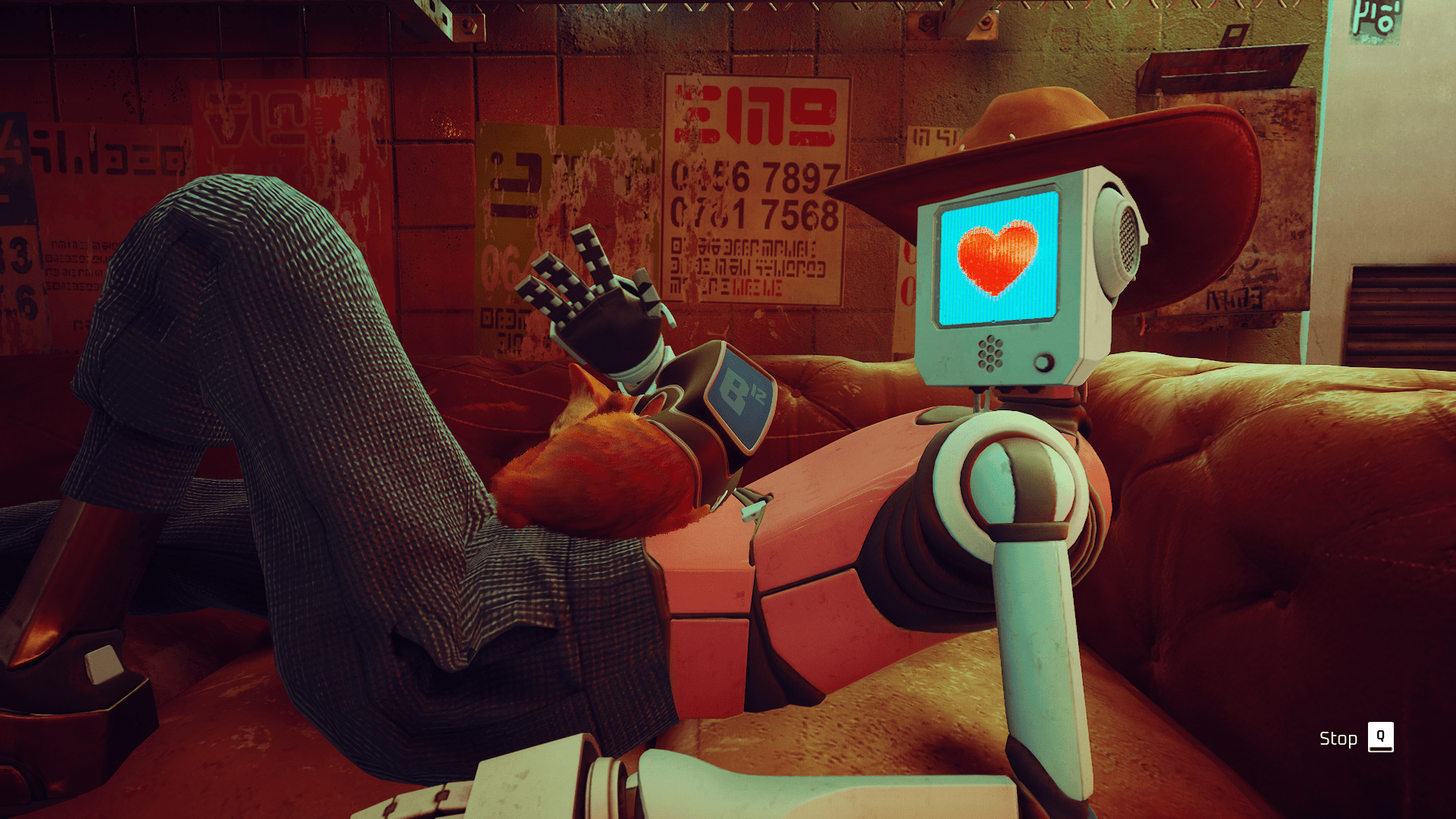 It’s not even a should, its a must

So, we finished playing BlueTwelve Studio’s ‘Stray’. If you were to describe it in one word it would be “purrfect”. The game is just that good. And here are a couple of reasons why.

The story revolves around a cat who (literally) falls from his family. From here, you try to find your way home through a dystopian city run by robots. Humans have long gone and robots now take their place. The robots are as trapped in the city as you are thanks to creatures that eat anything that moves.

As if that isn’t enough, the robots come with their own language and individual backstories. All these NPCs are worth interacting every now and then to get a glimpse of the world through their eyes.

RELATED Kitty Collections: Six Things Every Cat Owner Must Have

The game design aesthetics is spectacular! No matter where you pause or zoom in, it’s all worthy of praise. From the architectural design to the lighting, the physics are all you would expect in a dystopian setting.

It’s not too hyper-realistic but it all seems to be out of a digital painting. Each scene you turn to is always something to awe at. The dark aesthetic combined with neon lights gives you that dystopian feel.

Meowing and purring aren’t the only things you get to enjoy about playing as a cat. Every bustle and door opening is immersive. To go with that, each soundtrack played captures the essence of your environment.

From jazzy bops to chill electronic beats, you get the full package of being in a movie. It’s what every audiophile could ever ask for. Music and ambiance are important to any game. Stray did an amazing job at doing that.

The gameplay, like a cat, is simple. There aren’t any combos you need to master or specific angles to get your jumps in. But the gameplay and the game are two separate things. The gameplay may be simple but the game itself is not.

There aren’t too many actions to master. Instead, the game makes you think and interact with the environment. This is one of the many reasons why Stray is a game anyone can play. The consequences are not that taxing and make you want to keep playing.

You play as a cat and thus act like a cat! From cat scratches to cat naps, the game lets you experience it all. This is because the developers spent months studying cat behavior, physics and interaction. Funnily enough, the game’s lead comes from the developer’s cats Murtagh and Riggs.

You get to meow, scratch on posts, knock things off of high places and take cat naps! That sold it for us. To play as a cat and actually act like a cat. Priceless.

Those are just a few of the many reasons to play this game. But, in all honesty, this game has so much more to offer. So, why don’t you give it a go and try it out yourself?