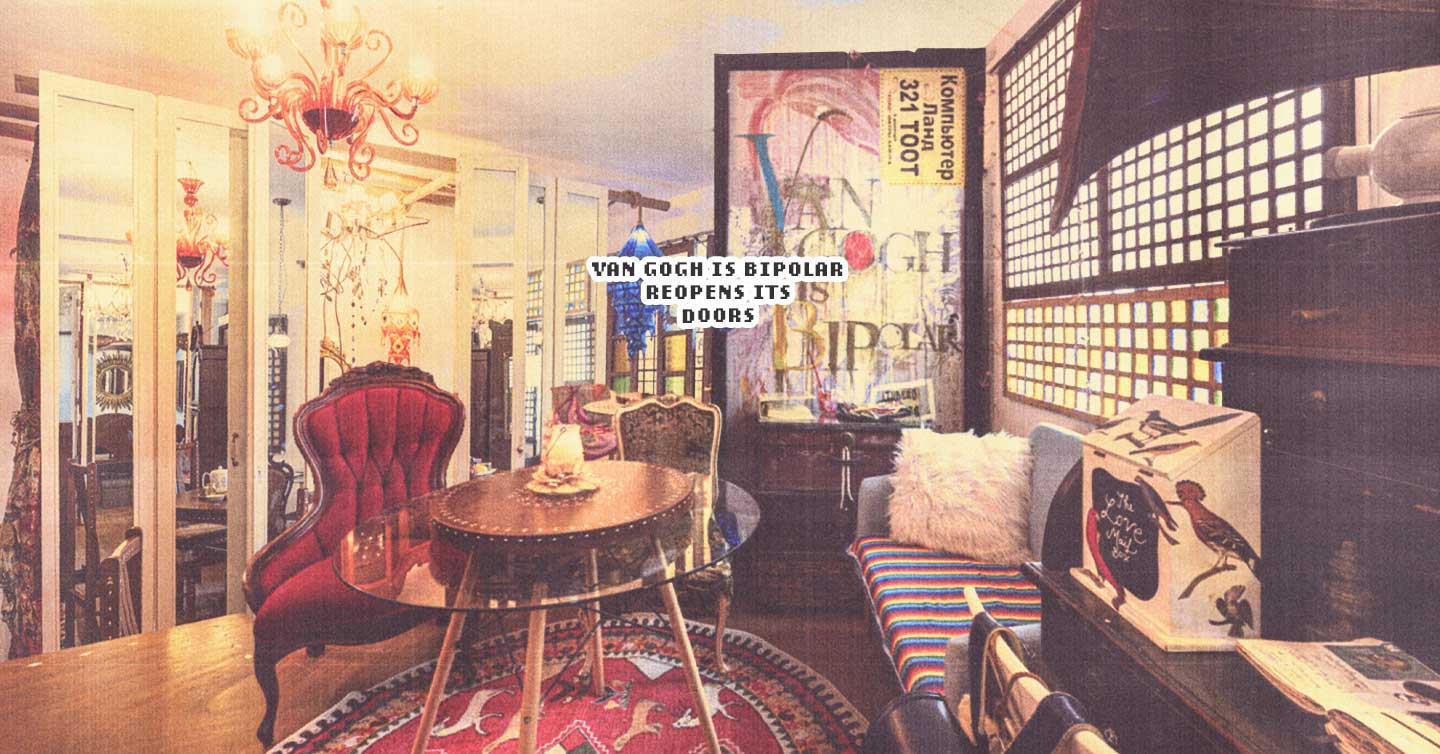 It’s back after its longest hiatus to date.

The restaurant van Gogh is bipolar is a Maginhawa icon that’s beloved by many. Local celebrities like Anne Curtis, Heart Evangelista, and Nadine Lustre have dined there. The BBC and BuzzFeed have done features on it. The food is a draw, but its welcoming environment is why people keep coming back to it.

His longest sabbatical yet

Owner Jetro Vin Rafael was diagnosed with bipolar disorder several years ago. The self-proclaimed “cuckoo” enjoys sharing a safe space with like-minded individuals. But he also takes sabbaticals now and then. That means he pauses the restaurant’s operations for months at a time.

Sometime in 2020, he went on his longest sabbatical yet, but it wasn’t because of the pandemic. Instead, Rafael focused on his long-term partner. Robert Alejandro, one of the creatives behind Papemelroti, has colon cancer.

RELATED: This Inspiring New Collection From papemelroti Will Keep You Going

For Rafael, who used homeopathic remedies for his own disorder, food is medicine. So much so, in fact, that he created a special diet to help Alejandro navigate his cancer.

The rebirth of van Gogh is Bipolar

This year, Rafael finally opened van Gogh is Bipolar again. But it’s different from how people remember it. The interior, which used to remind some of nightfall, is now brighter. Rafael didn’t think he would get the space back. But as fate would have it, 154 Maginhawa had an available spot: the same one vGib used to occupy.

The rest, as they say, is history. Rafael is still getting back on his feet. He’s doing everything alone. He has no chef or life servers (a term used for neurodivergent people who wait tables). That’s why the restaurant is currently on a by-reservation-only basis. Soon, vGib may open its doors a little wider. For now, the fact that it’s back is a huge relief. Especially for those who, like Rafael, have always seen it as their sanctuary.

van Gogh is bipolar is located at 154 Maginhawa Street, Diliman, Quezon City. For inquiries about mood tea and the “vGib experience,” visit their official Facebook page. You can also make reservations there.