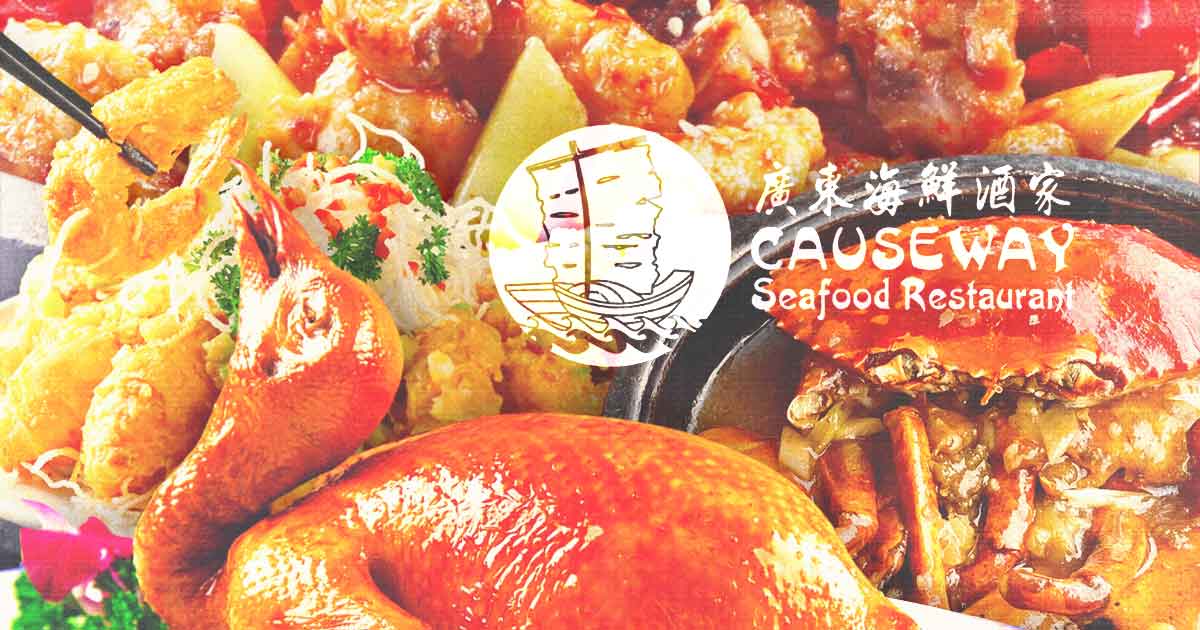 Causeway Seafood Restaurant, aka Causeway, is a leader in the Cantonese cuisine game. It paved the way for the big Chinese food dining boom along Banawe Street, Quezon City, some years ago! Twenty-three years later, it’s still a leader with affordable yet top-tier Cantonese food.

A group of friends unable to find authentic Cantonese cuisine in the 90s put up Causeway. Thanks to their heritage, it was a no-brainer for them to introduce it to the Philippines. Wanting to give customers the best, they worked closely with chefs from Hong Kong. By the end of April 1999, Causeway’s first-ever branch opened its doors in Banawe Street.

Two decades later, Causeway is still a top favorite amongst Metro Manila foodies. This is because of their pioneering dim sum promos and their classic style of serving food. Before COVID-19, there was a time when they rolled out a cart with various items for customers to choose from. Now, the carts are still around, but it’s more a matter of “choose from the menu, tell the staff, and wait to get served.” For safety reasons, of course.

The menu is chock-full of incredible eats. When my partner and I went, it was in the middle of heavy rain, so the timing could not have been better. We got Asado siopao, beef balls, dumplings, and rice (fried, of course). All of it was nothing less than delectable at great price points.

We had tea (served hot, though I eventually asked for a glass of ice) and water for drinks. They have soda options and even juices; given the rainy weather, tea and water were more than enough for us!

Causeway has several branches in Quezon City, including its flagship branch in Banawe. For more information, visit their official Facebook page and website.