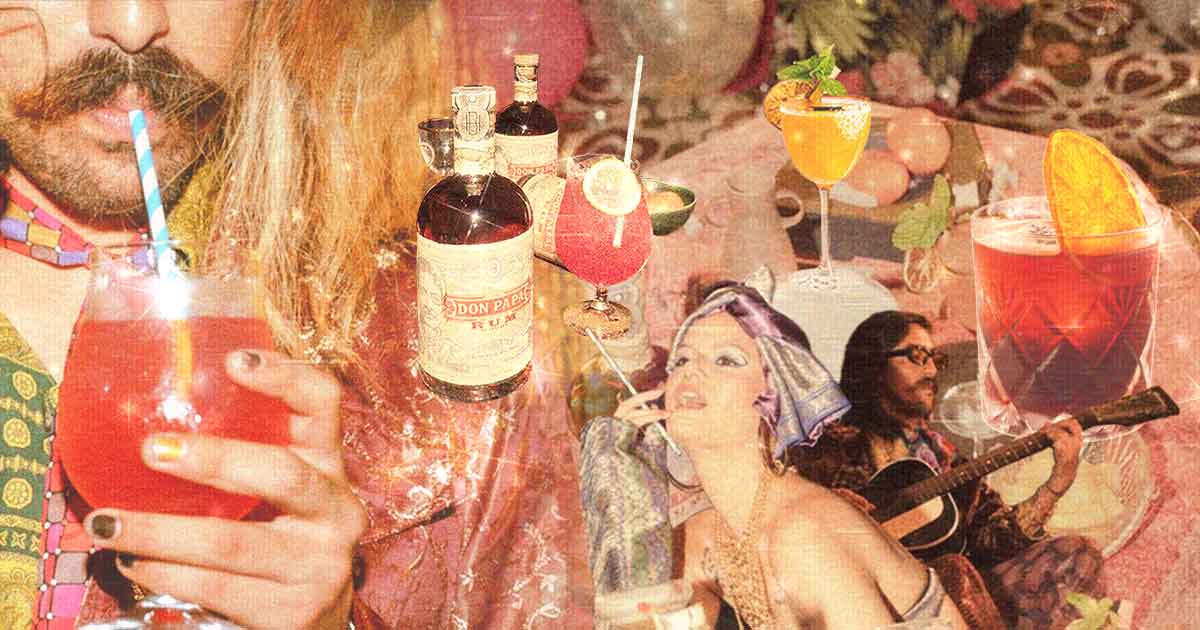 The first premium single island rum from the Philippines, aims to bring back the Manila Disco era in their latest global lifestyle cocktail campaign. To that end, they shot the newest instalment of the “Seasons of Sugarlandia” photo and cocktail series at the famed Dawnridge House in Beverly Hills and Miami.Â

For those who didn’t grow up in the disco era, Coco Banana nightclub was Manila’s answer to New York City’s Studio 54. It used to be the hottest club in town. The city’s creme de la creme would gather there to dance the night away.

Refreshingly tart, the Coco Sour pairs the rich notes of Don Papa Rum with the spiced pimento dram, bright notes of grapefruit juice and lemon, and adds a tropical twist with coconut syrup.

The Manila Kiss is a mix of Don Papa Rum, dragon fruit syrup, lemon juice, and rose lemonade, layered gently to create a marvelous gradient for this bright pink number. Perfect for the summer!