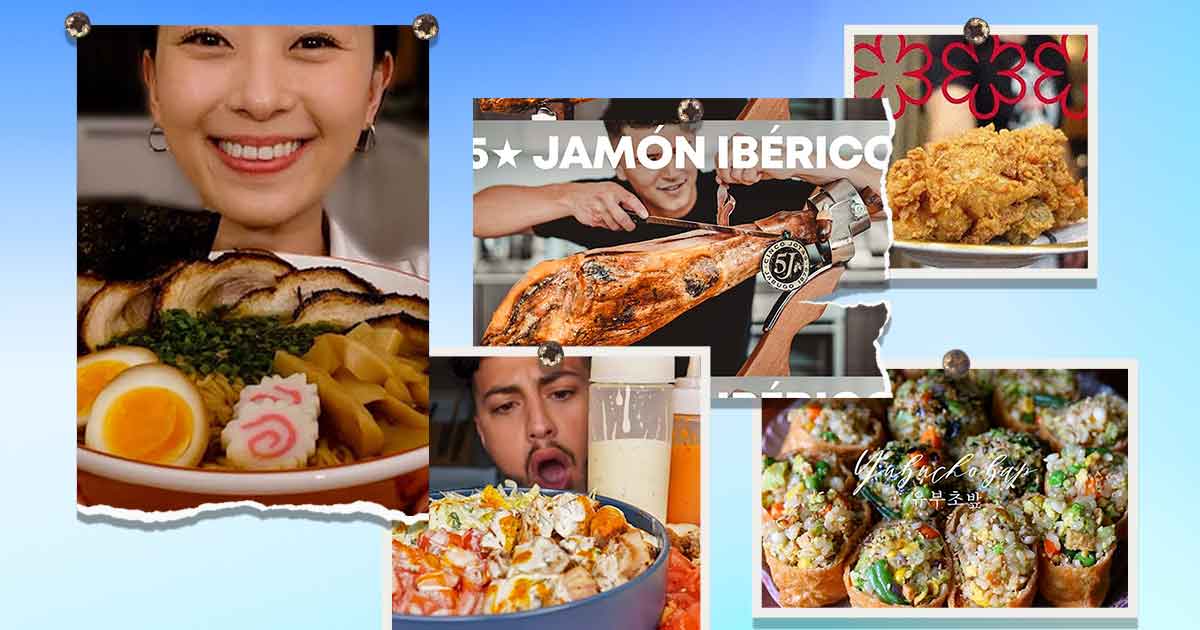 With the introduction of YouTube Shorts, content creators new and old have been experimenting with the new format. Those who found fame in TikTok can now move their content to YouTube, and YouTubers can add something a little different to their channel via Shorts.

Thanks to its 60-second cap, the Shorts tend to be more engaging. And food content creators on the platform have noticed that viewers are loving the bite-sized content. If you love food but don’t have the time to watch long videos of food recipes online, these food YouTubers will make you hungry in 60 seconds or less:

When Doobydobap was homesick in America, she started cooking Korean dishes for herself. Now based in South Korea, Doobydobap is a recipe developer who shares her creations–mostly Asian cuisine–on YouTube. Watch her videos to get a taste of her recipes!

READ: This YouTuber ate instant ramen for 30 days but cooked it in different ways

Senpai Kai is a former Michelin-trained Chef from Chicago. Now, he’s a full time foodie who shares his food adventures and recipes on YouTuber. Despite his professional background, Senpai Kai doesn’t turn his nose up on any type of food. From fancy to simple, you’ll get the best of both worlds with Senpai Kai.Â

The Golden Balance gives their own take on different global dishes through their Shorts. You’ll find a variety of food recipes from this channel. You can expect straight to the point instructions and mouthwatering concoctions from The Golden Balance.

For those looking for a vegan alternative, The Korean Vegan has your back. She mostly creates Korean food and sumptuous desserts, but all of them look so good you’ll want to start stocking up on Korean groceries and/or baking goods. Her YouTube Shorts always has a story that’ll make you stop and reflect. They’re like food for the soul.

READ: Easy and Delicious Ways to Cook with Korea’s Classic Side Dish – Kimchi

A Cook Named Matt has been dubbed by Forbes as The Most Fun Chef to Watch on TikTok so you can bet his YouTubers Shorts content will entertain you. No matter the content of his video, the quality is alway topnotch. Even if he’s just slicing garlic and adding it to bread, your stomach will probably rumble with the need to eat whatever Matt’s having.Â

RELATED: The Internet’s Instant Cookbook: 5 TikTok Recipes You Can Try at Home

A finalist on Season 10 of MasterChef, Nick DiGiovanni has now moved to YouTube. His long form videos are definitely worth checking out but his Shorts are perfect if you’re on the go. From simple recipes to more complicated ones with special ingredients, you’ll find all kinds of content in his Shorts.

READ: Learn How to Make Fictional Cocktails From This YouTuber