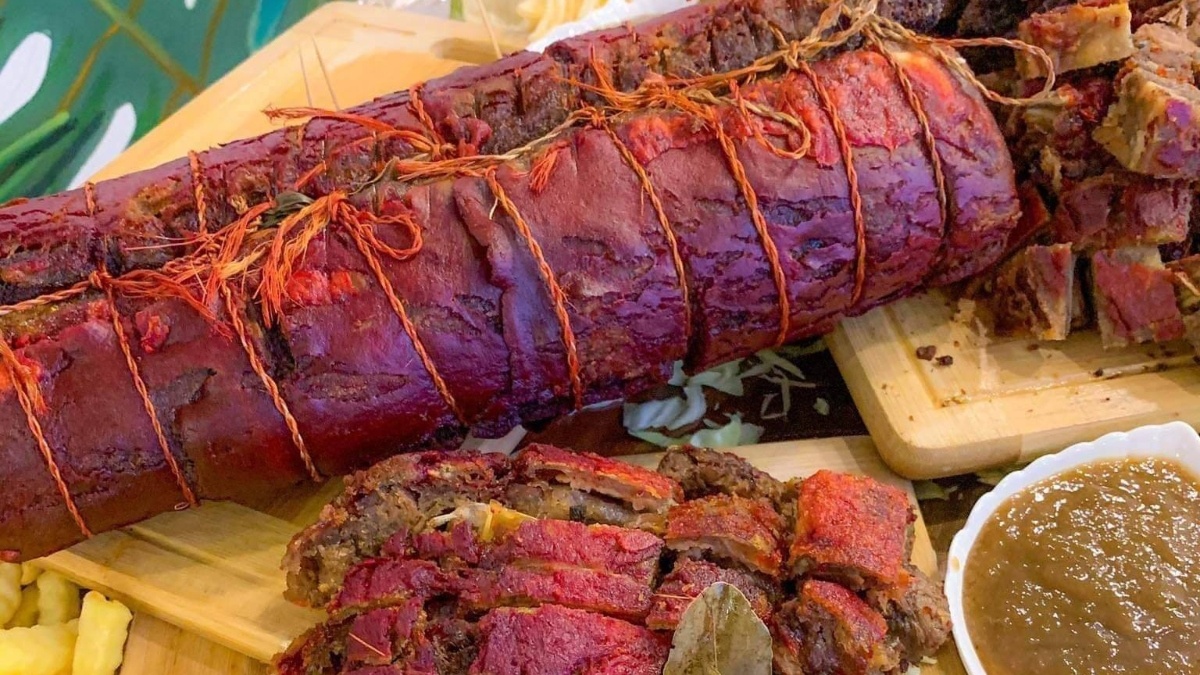 The plant-based food craze is still on a roll, and with the Christmas feasts almost in full swing, there’s no better time to make your family meals healthier than this holiday season.

But is there really a middle ground? This lechon house in La Loma proudly says: yes, and it’s a good place to be.

That’s because ELPI Vellychon Haus, situated in the lechon capital of the country, is selling what they dubbed “the world’s first 100% plant-based belly roll”: the vegan lechon.

Started by a chef whose small vegan restaurant in South Cotabato bowed down to the pandemic, he found his second wind and brought his passion for plant-based foods here in Metro Manila, and it was all juicy success from there.Â

If vegan pork belly boggles you, it shouldn’t, as the alternative is really nothing new. Instead of genuine pork belly, he substitutes it with staple vegan ingredients such as soybeans, wheat, corn, and cassava, thereby giving you virtually zero cholesterol, zero fat, and more than twice the protein.

What makes it special is the unique way Filipinos cook lechon: seasoned with the rich flavors of salt, sugar, garlic, black pepper, atsuete or annatto seeds, and lemongrass, then roasted until its juices ooze and the aroma is smelled from across the room.

If it tasted too bland, don’t worry; they actually make it that way so you can flavor it further with your own marinate. You can either baste the belly with ELPI’s signature toyomansi sauce before cooking or dip it into ELPI’s own “Lech-Un Sauce” which is also plant-based and contains zero preservatives.

You can buy this FDA-approved, Halal-certified veganÂ lechonÂ either frozen (P595) or cooked (P695), and is available for delivery or pick-up at their location atÂ 56 N.S. Amoranto Sr. Street, La Loma, Quezon City. For orders, you may contactÂ 0968-345-7020Â anytime fromÂ Tuesday to Sunday, from 4 PM to 9 PM.Â

Holiday feasts are happening left and right which means stocks are running out fast, so you better call quick!