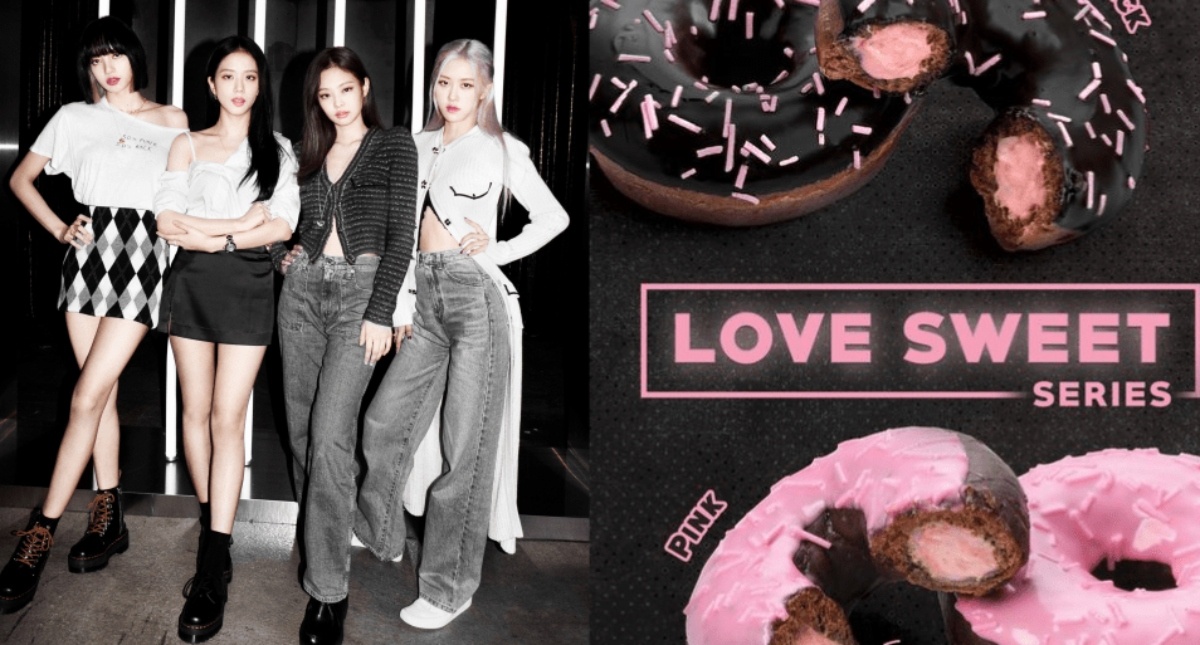 Hit you with that ddu-du ddu-doughnuts!

After much teasing on Tuesday night, Krispy Kreme Philippines finally unveiled its Love Sweet series doughnuts on Thursday, inspired by none other than international K-Pop sensation, BLACKPINK.

The Krispy Kreme-exclusive doughnuts have a chocolate base and a strawberry ring filling glazed with a black and pink glaze and peppered with sprinkles on top.

The new and exciting collaboration is in partnership with Pepsi, the global beverage brand with which the girl group signed a deal to be its ambassadors for the Asia-Pacific region back in late 2020.

Music-wise, the uber-popular girl group seems to be in a quest for delectable treats and sweets so far. It was May 2020 when they dropped their song “Sour Candy” with pop superstar Lady Gaga, then premiered their single “Ice Cream,” sang alongside Selena Gomez, back in August. And who could forget when Burger King released BLACKPINK-themed burgers last Valentine’s Day? Surely not us.

The Love Sweet series doughnut goes for P260 for a box of six and will be made available via dine-in, take-out, drive-thru, Curbside Pick-up, or delivery through select Krispy Kreme stores starting May 21. You can also buy at least 1 limited edition Pepsi drink to get one Love Sweet doughnut.

Check this list to see if the new offering will be sold in a participating Krispy Kreme outlet near you. You can also head over to Krispy Kreme’s website to pre-order a box. Just select a date from May 21 onwards to get these sweet treats ahead of the pack. Be quick, Blinks, because this will be sold for a limited time only!

Order Krispy Kreme via the website, via its Metro Manila hotline at 8-887-9000, or via GrabFood, FoodPanda, Mangan, OrderMo, and Groover. Check out Krispy Kreme on Facebook for updates on limited edition offerings.