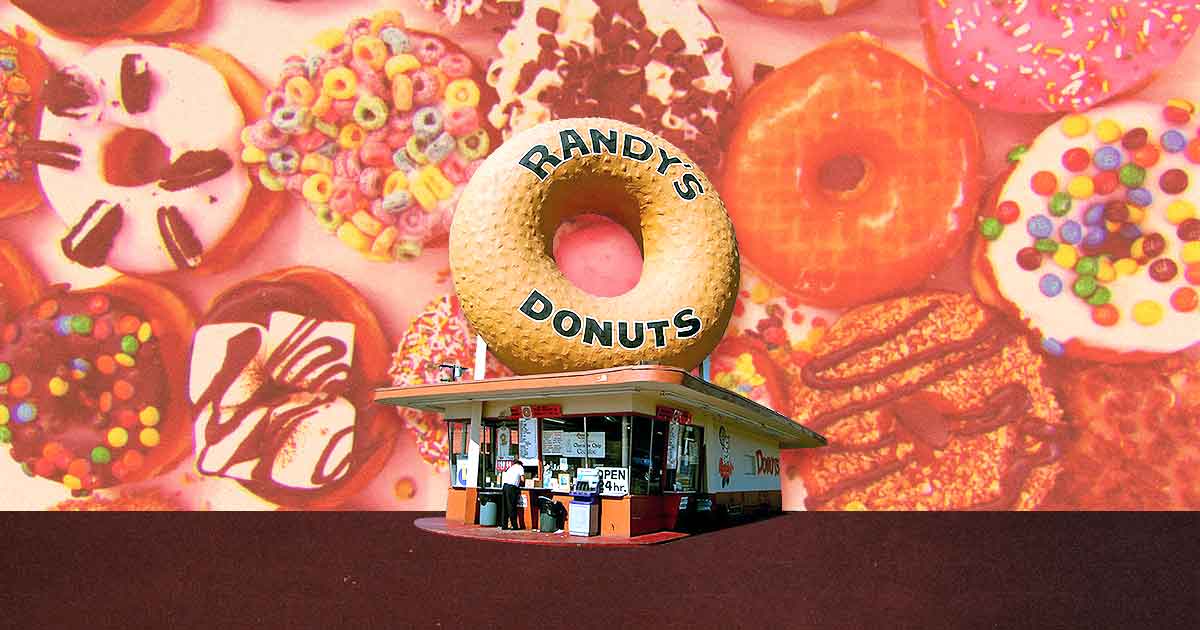 No need to fly to the US to get a taste of this famous donut!

Randy’s Donuts, a wildly popular donut shop based in California, is set to open its first Philippine branch this April at Uptown Parade in Taguig.

This shop is famous for a number of reasons, the first being the 32-foot donut on the roof of its store located in Inglewood, California. This donut has appeared in many movies, music videos, and TV shows.

You may have seen it in Entourage, Runaways, and The Kissing Booth 3. It has also appeared in the music videos of Justin Timberlake’s “Can’t Stop The Feeling!” and the Red Hot Chili Peppers’ “Californication.”

But its most famous appearance to date was in Iron Man 2.

Randy’s Donuts was built in 1953. Designed by Henry J. Goodwin, it was supposed to be one of 10 locations for the now-defunct Big Donut Drive-In chain. Brothers Larry and Ron Weintraub took over the bakery and shop in 1978.

Aside from its facade, Randy’s Donuts is known for its fluffy donuts, which come in over 40 flavors. Filipinos can now enjoy their best-selling donuts like Apple Fritter, Butter Crumb, Classic Glazed Raised, Jelly Raspberry, and more!

The Bistro Group signed a franchise agreement with Randy’s Donuts and will bring it to the country, which is what they did with Denny’s, Italianni’s, and TGI Friday’s.

Over the years, Randy’s Donuts has added more stores in the US. They had been planning on expanding internationally before the pandemic struck.