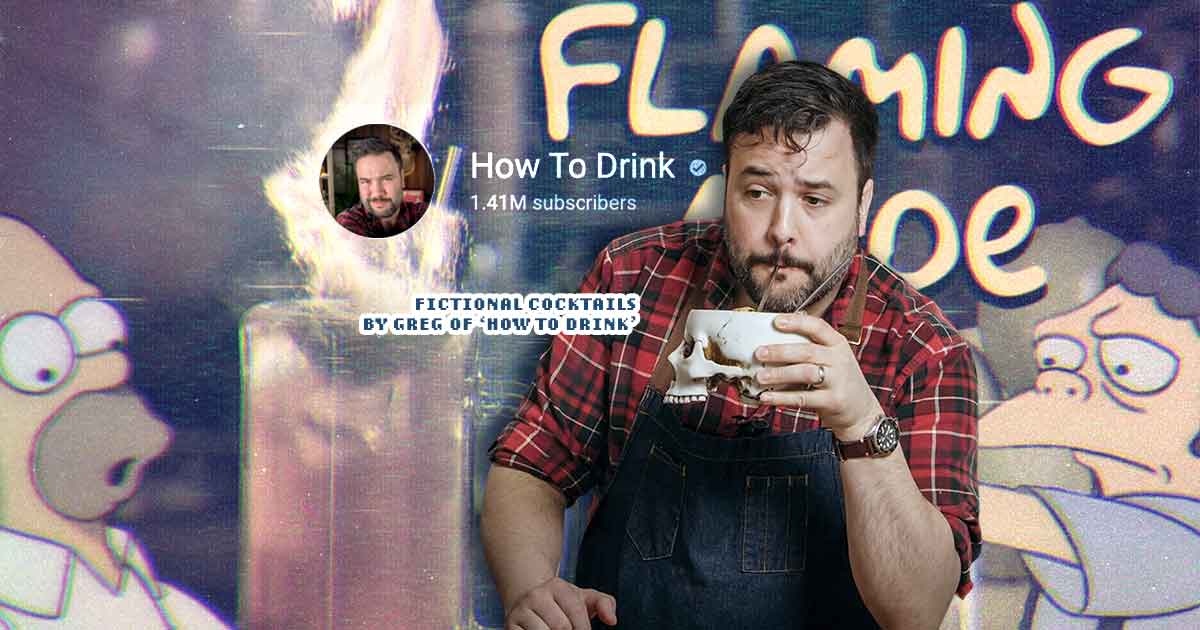 YouTube channel How to Drink recreates a lot of drinks. From basics you need to know to drinks forgotten. But one other thing that makes his channel stand out is his recipes for fictional drinks. He bases them off of scenes and then makes them even better.

To start, here are some fictional cocktails you might’ve seen only in screen but can now make at home:

In the Harry Potter series, Butterbeer is described as tasting like butterscotch and having a slight alcohol content to the point that house elves could get drunk off of them. Try your hand at making it at home with How to Drink’s recipe.

In an episode of The Simpsons, Homer created a drink so good it led Moe’s failing business to boom. Homer’s secret ingredient? Cough syrup and flame.

READ: Easy Cocktails You Can Make at Home

The Office’s One of Everything

In the show’s Moroccan-themed Christmas party, Michael Scott serves his One of Everything cocktail. Get your Splenda and liquor bottles ready because this drink recipe needs a lot of them.

True to its name, Animal Crossing’s Vacation Juice looks like a cocktail you would order while vacationing in Hawaii. Some argue it’s nonalcoholic but the drink has polite Isabelle dancing after a glass.

READ: Dishes from Disney animated movies that you can recreate now