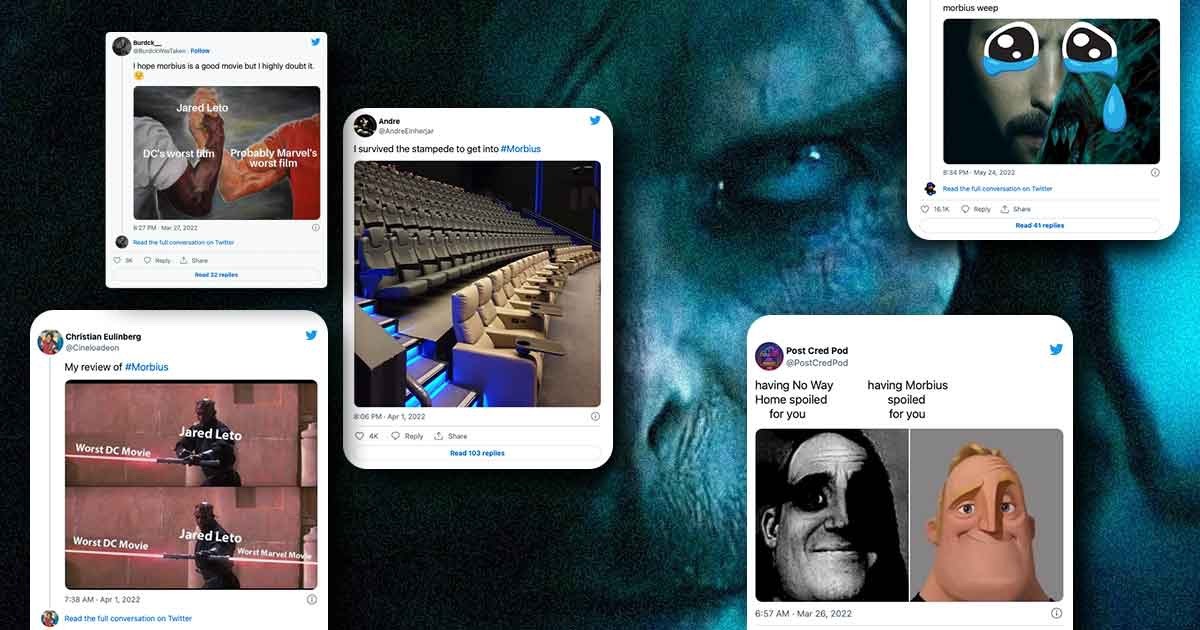 Sony tried to resurrect one of their worst films using memes, but why?

Morbius was easily one of the most anticipated films of 2022. The Daniel Espinosa flick stars Jared Leto as Dr. Michael Morbius, a biochemist-turned-bloodsucker. Audiences worldwide had high hopes for the film ever since its first teaser dropped. It was originally set to hit theaters in July 2020 but its release date got pushed back many times due to the COVID-19 pandemic. The film disappointed audiences and critics alike on its initial release last April 1, 2022. Leto has since received a ton of negative comments regarding his performance.

According to reports, Morbius only collected $17.30 million on its opening day. On its opening weekend in the US, it made a total of $39 million. To date, it has earned $163 million worldwide against a production budget of $75 million. With its less-than-stellar box office earnings, Morbius was set to become the worst-performing Marvel film of all time.

But despite its questionable acting, pacing, and performances, the film gained traction online. Almost everyone has seen at least one Morbius-related hashtag trending on social media. The only reason behind its sudden rise to fame is because fans jokingly hyped the film enough for it to trend.Â

What time is it? pic.twitter.com/IuWR72WCc9

In the above video, Leto is reading a script that he tries to hide from the man filming him. As the cameraman comes closer to him, we see that it’s titled Morbius 2: It’s Morbin Time! The video has gained almost 14 million views as of this writing.

We can already tell how popular Morbius has gotten online by looking at the number of views Leto’s tweet earned. Seeing its dubious rise in popularity, Sony decided to take advantage of the entire situation. Morbius headed back to 1,000 theaters on the weekend of June 3, 2022, even if nobody asked for it.Â

Guess Morbin’ time’s over because the film made a disappointing $85,000 on its first day. According to The Numbers, the reopening averaged $82 per theater. This means there were less than ten people in the audience per theater. So far, Morbius seems to be failing like it did the first time.

At this point, a favorable outcome is out of reach for the film’s rerelease. This proves that even meme culture can’t save Morbius.

Now the question is, is there still hope for a sequel?