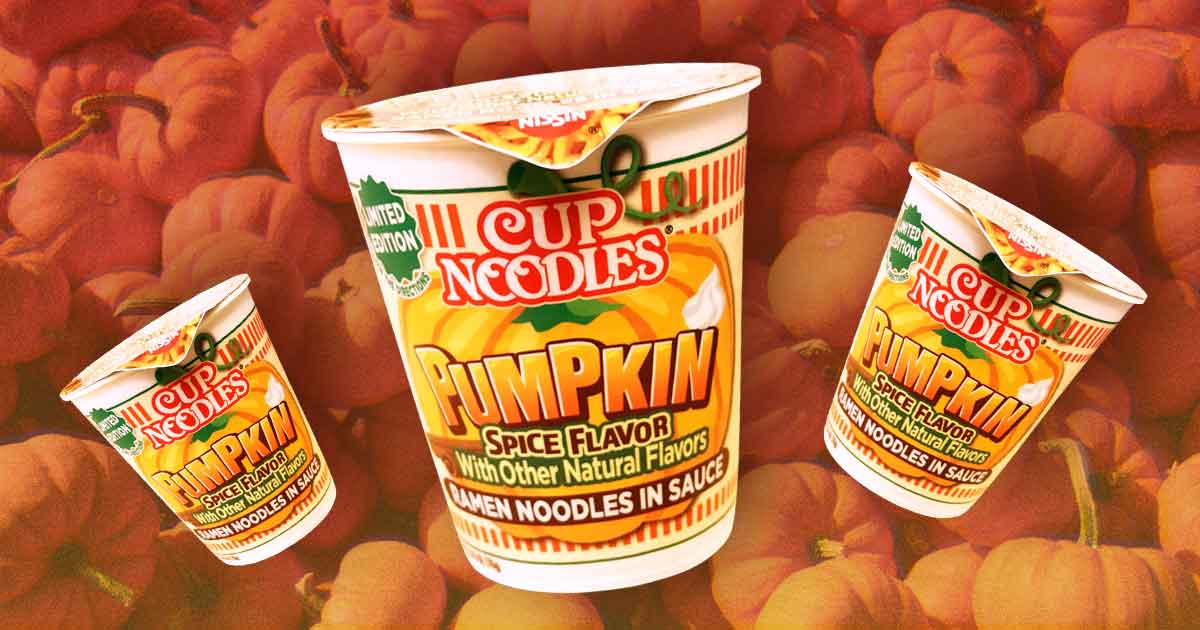 The pumpkin spice trend is here to stay–the existence of pumpkin spice-flavored Starbucks lattes, Ben & Jerry’s ice cream, and even Spam prove it. But have you ever imagined mixing this trendy flavor with noodles?

Nissin Foods USA announced that a new noodle variant inspired by this Gen Z-approved flavor will be hitting the shelves in time for the fall season. Get ready for the limited-edition Cup Noodles Pumpkin Spice flavor!

“After 50 years of noodle innovation, what better time to release our most unexpected flavor to date with pumpkin spice, and trust me it really is that good,” Vice President for Marketing at Nissin Foods USA, Jaclyn Park, said.

“Product innovation is at the core of the Cup Noodles brand and we are excited to launch our first-ever limited-edition flavor that is sure to cause a stir.”

The new offering from Nissin will not be soup-based like their classic cup noodles, but will be “saucy” instead. Described to have a “perfect blend of sweet, savory, and spiced,” this limited-edition flavor will taste even better with whipped cream on top, according to Nissin.

The limited-edition pumpkin spice-flavored noodles will be available in select Walmart stores by October 2021.