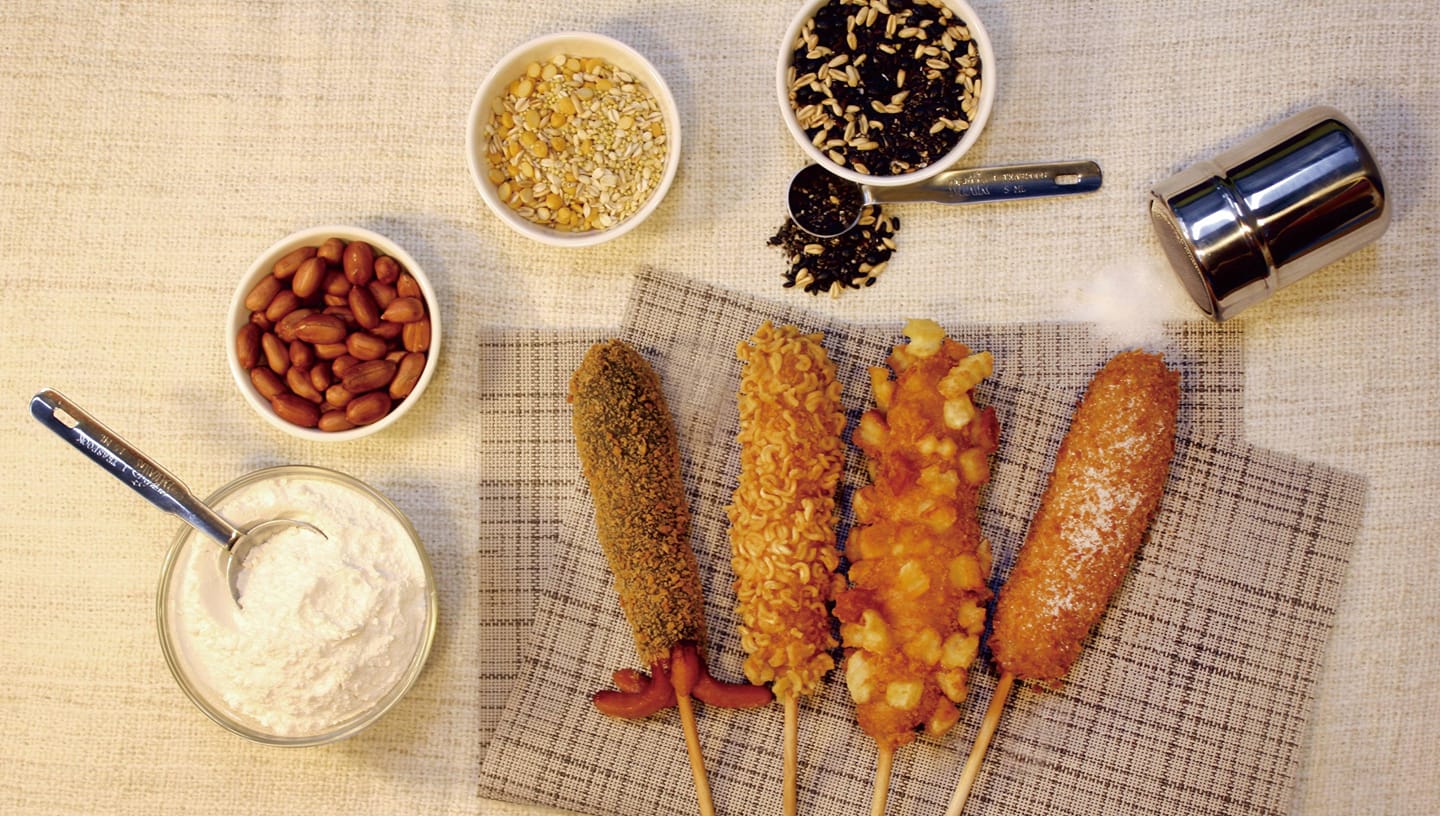 Where to Get Korean Corndogs in Manila

Deep-fried battered hotdog and cheese on a stick, anyone? They’re another thing to add to the K-craze and are popular street food in Korea. Korean corndogs are also trending in the local scene and here’s where to get them in Manila.

Myungjang takes their corndogs to the next level by using rice flour to get the chewy texture and breadcrumbs to make the outside crispy. Their best-seller is the Combi-Combi which is half-mozzarella, half-sausage but any of their variants go well with the sauce of your choice. They’re located at the 2nd Floor Bridgeway Carpark, SM North Edsa Mall, and delivery via GrabFood.

There’s plenty to go around at this Korean corndog stall in Banawe, Quezon City. Choose from 10 different flavors, including the newest addition to their menu — the Premium Cheeseburger corndog. It’s a flavorful experience because you get the things you love in a cheeseburger packed onto a stick. Send them a message to order and they’ll deliver through Angkas, Lalamove, or Grab.

The Number 1 Korean Corndog finally made it to the Philippines and they’re pretty affordable, too. All their glutinous rice corndogs are less than P100 and you’ve got to try their Mozzarella and Double Cheese. Drop by their branches in Garden Heights or UP Town Center, or find them on GrabFood, FoodPanda, and other delivery services.

Satisfy your Korean corndog cravings at Corndog28. They use high-quality ingredients from Korea so you don’t have to travel too far to get a taste of their street food. With 5 branches around the Metro, you won’t have too much difficulty finding them. Get the Mozza Potato for the added crunch — you’ll thank us later. Available at their stores or on food delivery platforms.

South folks don’t have to miss out on the Korean corndog craze because Gorae has branches in BF Resort, BF Homes, and SM Southmall. For the indecisive, they have the Rainbow Hotdog that lets you sample all their flavors. Their other branches are located at Malate, SM San Lazaro, One Bonifacio High Street and they also deliver via Grab and FoodPanda.

Why not watch a K-Drama while you do a mukbang? Just imagine you’re in South Korea while you chomp on those delicious corndogs.