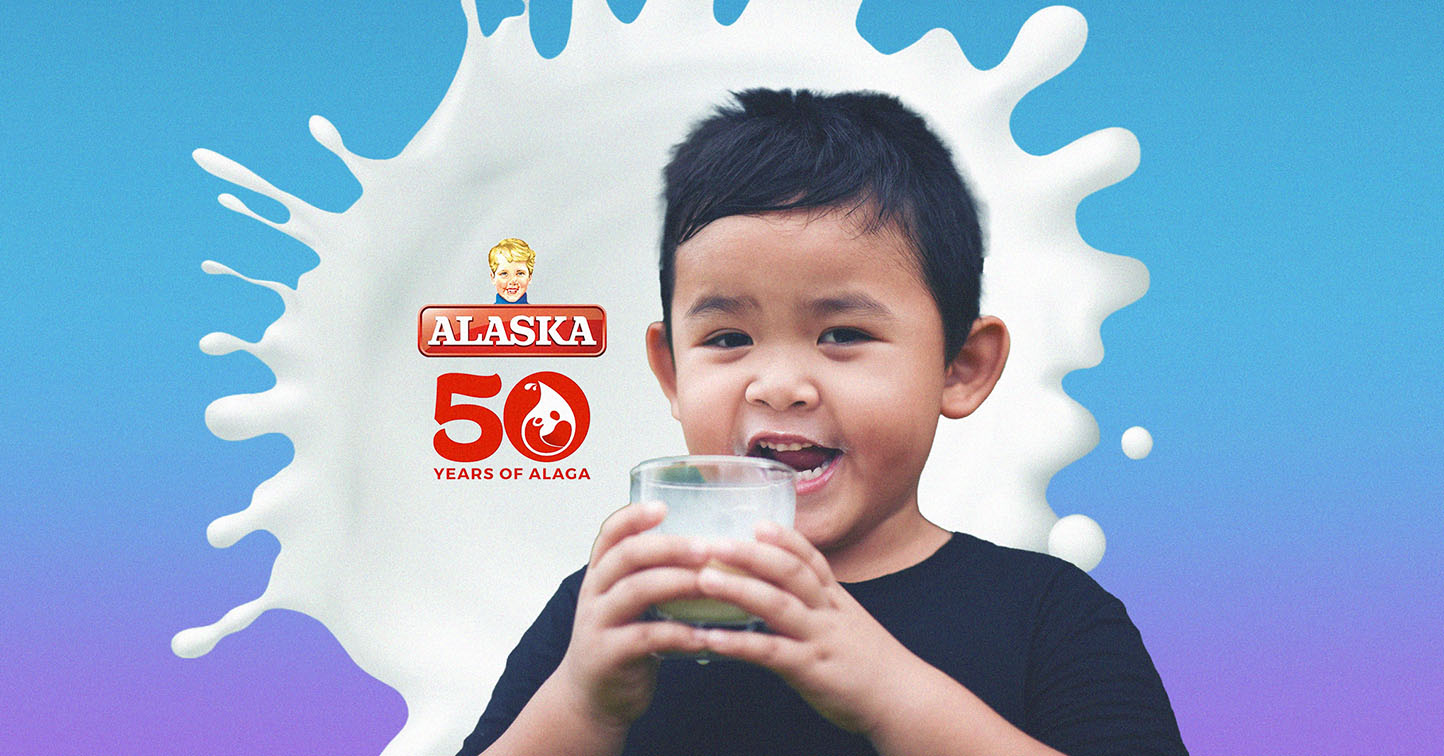 Over 600 employees, workers, and former executives gathered at Laguna’s Alaska Milk manufacturing plant. They were all there to celebrate the brand’s golden jubilee.

The milk brand has withstood the test of time for many reasons. First, because of its catchy advertisements (and tagline). Second, it won the hearts of Filipinos through quality products and services. Third, because of its continuous efforts to give back to the community.

“As we reach our 50th year, we continue to provide affordable and accessible nutrition to Filipino families. We have been unstoppable since achieving brand leadership in 1972,” says Tarang Gupta, Managing Director for Alaska Milk Corporation (AMC).

“It’s not without reason that we say ‘Wala pa rin tatalo sa Alaska.’ And that’s not because of how many cans of milk we sell, but because of the effect we’ve had on the lives of every Filipino,” he adds.

Wilfred Uytengsu Sr. founded Alaska Milk Corporation in 1972. He eventually grew the business to what it is today. Decades later, AMC became the leading milk company in the country after joining the Dutch multinational dairy cooperative Royal FrieslandCampina (RFC), one of the world’s largest dairy cooperatives.

Although what was originally a humble business grew into an empire, they’ve never forgotten those who helped them reach the top: their employees.

Several employees showcased their singing prowess and comedic shtick as they tried to win the championship. Ultimately, Crisanto Itol from the Customer Supply Chain Department was hailed the winner for his powerful rendition of Queen’s “Bohemian Rhapsody.”

Another event highlight was the “Pack to Pak” fashion show. This nationwide contest had the employees unleash their creativity by upcycling single-use plastics into reusable and sustainable products, including Alaska Milk packaging and wrappers.

Alaska Milk has done it again. It has made another heartwarming memory for its people.