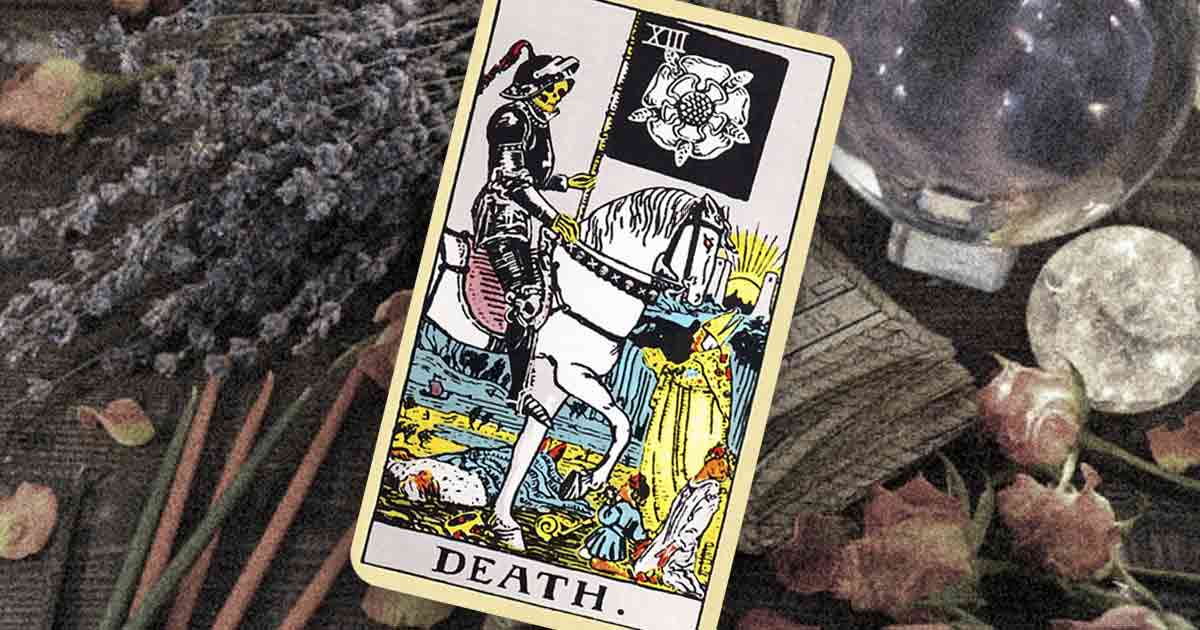 “Death”: What It Means To Find It On Your Tarot Readings

Have you gotten “Death”? Calm down, and don’t make any funeral arrangements just yet.

“Death” may be the most misunderstood card of the major arcana in a deck of tarot cards. But don’t panic if ever you get a reading, and the ol’ grim reaper appears. It’s a much better message than you could hope for.Â

When death shows up on your readings, it could mean anything but actual death. It’s more of dying in a figurative sense. Here’s what you need to know:

When “Death” is upright, things change, transform, or transition. Like a butterfly, “Death” symbolizes a time in your life where change is present, and you are evolving. It could even mean letting go of the past and living in the now.

If “Death” is upright, greet change with positivity.

When it is upright, you’ll know that it means change, but it could mean a specific resistance to change when reversed. That means the coming change may be difficult but necessary.

When “Death” is reversed, take time to fix things privately. Talk to yourself and determine what could be hindering you from change. This reason could be significant, and it may change you entirely, but it is inevitable.

It could be the trouble of letting go of grief or negative emotions. Regardless, it’s something you have to let go of and grow from.

No, it doesn’t mean one of you dies. Maybe your relationship is entering a new phase. Or maybe one or both of you are changing for the better.Â

READ: Why I Started Learning Tarot During This Pandemic

So as you can see, “Death” ain’t so bad after all! It’s a positive card, and you should embrace it. Manifest the change, and work on it.Â