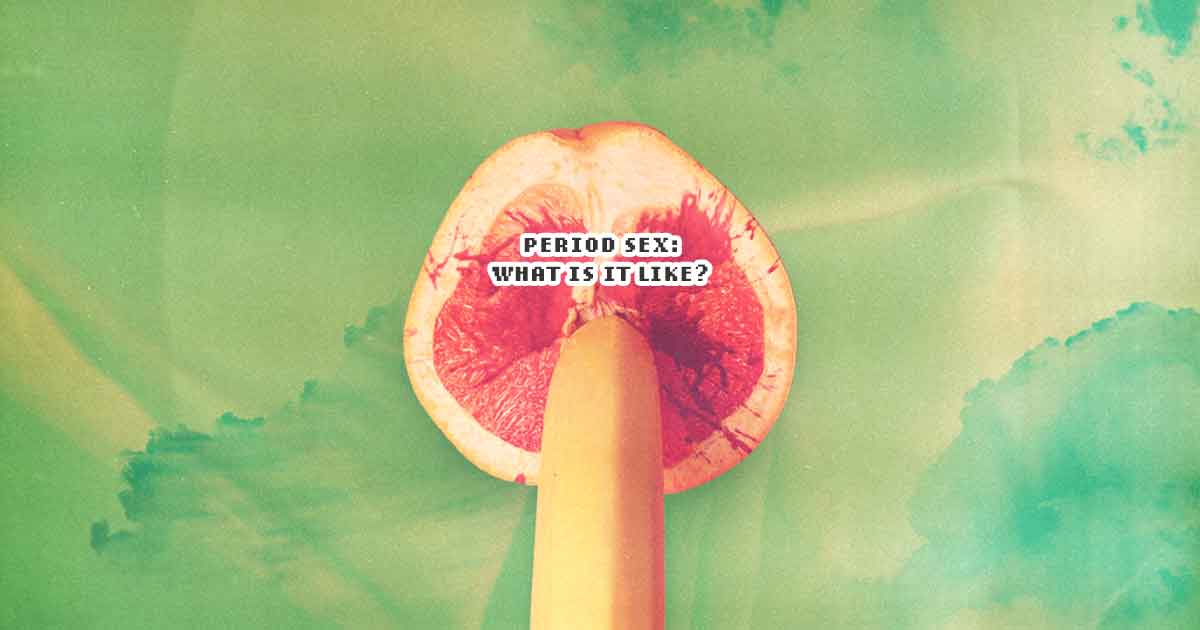 Period sex is a little taboo. People refuse to do it on a regular basis because they say it’s dirty and gross. But this writer begs to disagree, and here are a few reasons why.

Aside from the natural lubrication, sex on a woman’s period can ease menstrual cramps. During orgasm, her muscles contract and release, which eases the pain from dysmenorrhea.

Having sex also releases chemicals called endorphins, which make us feel good. They take a woman’s mind away from the pain, making her focus on pleasure instead.

It could also shorten a woman’s periods. Orgasms could cause muscle contractions to push the blood out faster. Hence, shorter periods.

But it does have its downsides

Even though there are a lot of good things about it, it isn’t all sunshine and rainbows. In fact, it can get pretty disgusting.

Some women shed their uterine lining more than others. Period sex can be quite uncomfortable for them. If they have sex while their flow is particularly heavy, they might not be able to have an orgasm. The thicker the uterine lining, the lesser sensation the woman has in her vagina.

If you hate getting blood on your sheets, trying it might not be a good idea. But of course, there are solutions to that, such as laying down a thick towel on the bed beforehand.

Lastly, you are also at higher risk of contracting an STD during period sex, since bacteria live in blood. So it’s best to use a latex condom to prevent that.

No matter how you feel about it, it’s always a good idea to try it before you knock it. There might be downsides, but know this: There is no stronger orgasm than the one you’ll get during period sex.

RELATED Bone Appétit: Here’s What You Should Eat If You Want To Heat Things Up

Maybe that’s just me, it might not be true for a lot of women, but I encourage you to try it. It might finally ease the cramps you’ve been having.