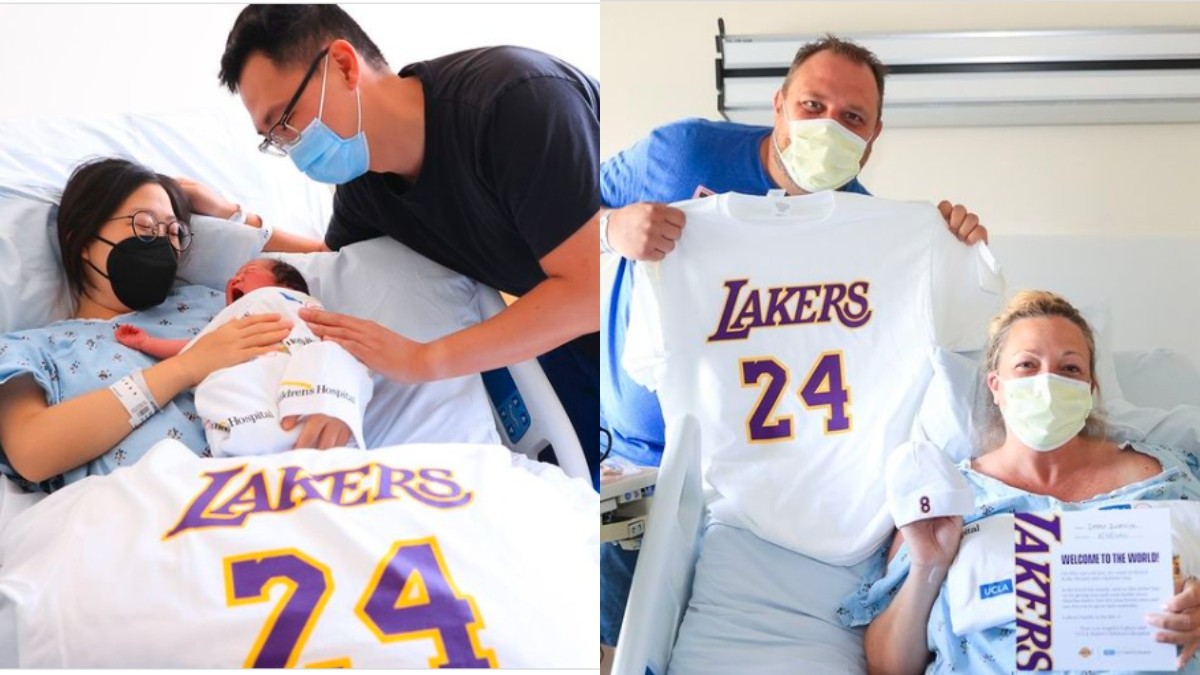 Lakers Give Out Care Packages for Babies Born on Kobe Day

It’s been over a year and a half since Kobe Bryant’s tragic passing at the beginning of 2020, but it seems that the world and his former home team never forgot his memory.

In honor of what would have been Bryant’s 43rd birthday, UCLA Health and the Los Angeles Lakers gifted care packages for babies born on August 24th, otherwise known as “Kobe Day.”

The number 24 was significant throughout the Laker star’s career, being the number he carried from 2006 until his retirement in 2016. The number 8 was his first jersey number as a Laker.

On Instagram, the Lakers account posted a photo of a newborn swaddled in Lakers gear and wrote, “Kobe fans from Day One: In honor of Kobe’s birthday, the Lakers teamed up with @uclahealth to gift special care packages to newborns and their families. #MambaForever.”

The care packages included #24 Lakers shirts, a #8 baby cap, and a Lakers blanket. Amongst the gifts, a special letter from the team was also included.

It read: “On this special day, we want to honor Kobe Bryant and celebrate you. Kobe loved his family, and so this Kobe Day, we’re giving you and your family three Mamba shirts: two for your loved ones and one for you to grow into someday. Lakers family is for life.”

Bryant’s wife, Vanessa, shared the photos on her Instagram page, where she also posted tributes to her late husband and daughter, Gianna.

Both Kobe Bryant and his 13-year-old daughter Gianna died in a helicopter crash on January 26, 2020, over the hills of Calabasas. He is survived by his wife Vanessa, and his three daughters, Natalia, Bianka, and Capri.