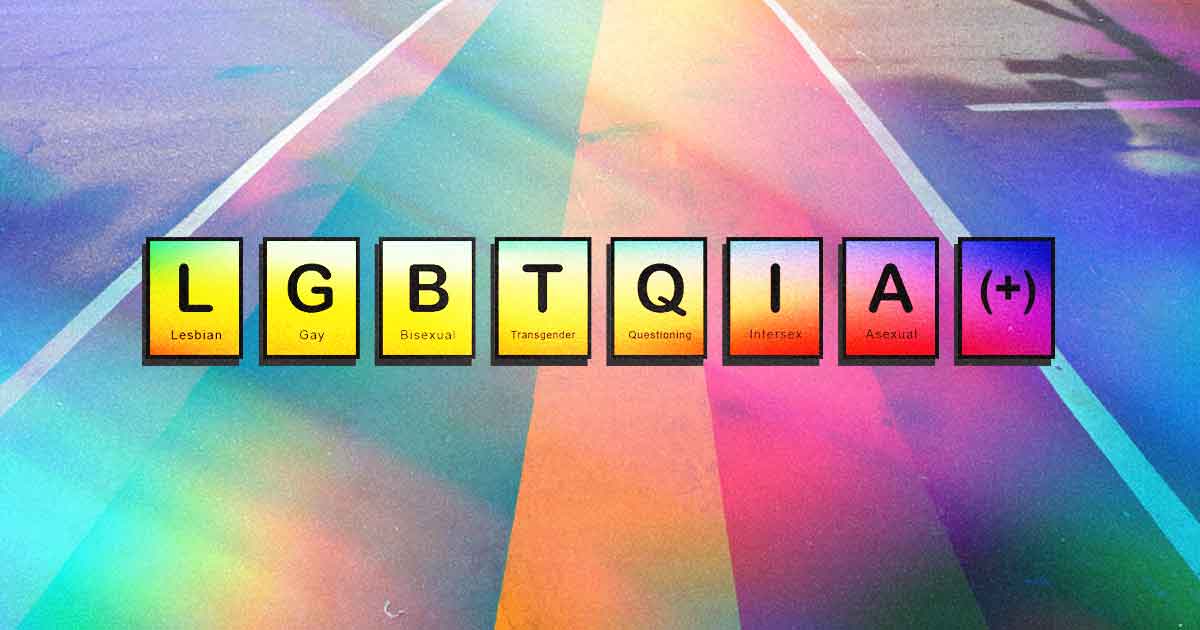 A Brief History Of The LGBTQIA+ Initialism: What Do All Those Letters Stand For?

Many have heard of the LGBTQIA+ acronym, but few understand what it means. The acronym became famous in the 1980s, replacing the words “gay” and “lesbian.” It’s an umbrella term that rolls off the tongue.

This acronym has an important meaning. It also has a long history that dates back decades. If you’re part of the community, you owe it to those who came before you to understand the acronym. After all, some of them sacrificed their lives so you could be out and proud.

If you’re not part of the community, you owe it to those who are to understand the acronym. Especially if you have colleagues, friends, or relatives who are some form of queer. Using inclusive language when talking about or to them will go a long way.

The roots of the initialism

The word “lesbian” has its origins in Ancient Greece. A Greek poet named Sappho lived on the Isle of Lesbos, and she spent her days writing about same-sex love.

In the mid-20th century, the term “gay” became a common term for same-sex relationships. “Gay” actually dates back to the 13th century, and back then it meant “happy” or “joyous.” By the 1940s and 1950s, it had evolved. People in the community used it as a code word to describe themselves and express same-sex desire.

By the 1960s, the community embraced the word as a mark of pride. It was at the forefront of the gay rights movement. It was also around this time that the term “GLB” surfaced to include bisexual and lesbian people. They felt the word “gay” was inclusive of their identities. It was in this decade that activist Virginia Prince popularized the term “transgender.”

In the 1970s, there was a divisive rift between trans people and the rest of the community. Gays and lesbians shunned trans people, saying they were only reinforcing stereotypes. Even Marsha P. Johnson, a transwoman, refused to identify as trans. She preferred “gay.”

The community became more inclusive in the 90s. By the end of the decade, activists had coined a new acronym. They started using GLBT or LGBT to include trans people. But at the time, there was some debate about that. Some believed the community shouldn’t be inclusive of gender identity. But those who believed otherwise won, and rightly so. After all, trans people have long been at the forefront of the community’s fight for equality.

The birth of the LGBTQIA+ initialism

When the 2000s rolled in, a new version of the acronym was born: LGBTQIA+. To this day, it’s the community’s preferred term. It’s considered quite inclusive because of the added + at the end.

The letter Q means “queer,” and in some cases “questioning.” The use of the term “queer” has been controversial within the LGBTQ community. It was once a derogatory term. But in the late 1980s and early 1990s, some members of the community reclaimed it. Today, this term is common among the younger set, as they find “bisexual,” “gay,” or “lesbian” too restrictive.

The latest additions to the initialism LGBTQ are I (which stands for “intersex”) and A (“asexual”). Some say A can also stand for “ally” or “aromantic.” Finally, the “+” symbol represents all non-cisgender, non-straight identities not included in the acronym.

Other countries do not use the acronym LGBTQ+. Instead, they use the word “rainbow” to refer to homosexuals.

Using the LGBTQIA+ initialism is a privilege

We must remember that many people risked their lives before we can use the LGBTQ+ initialism. They fought for acceptance and inclusion. Now that we’re in the 21st century, we can call ourselves whatever we want to.

This wasn’t something we could do a few decades back for fear of persecution. To be able to use the acronym LGBTQ+ now is a privilege our brethren didn’t have. We must keep that in mind every time we use it.