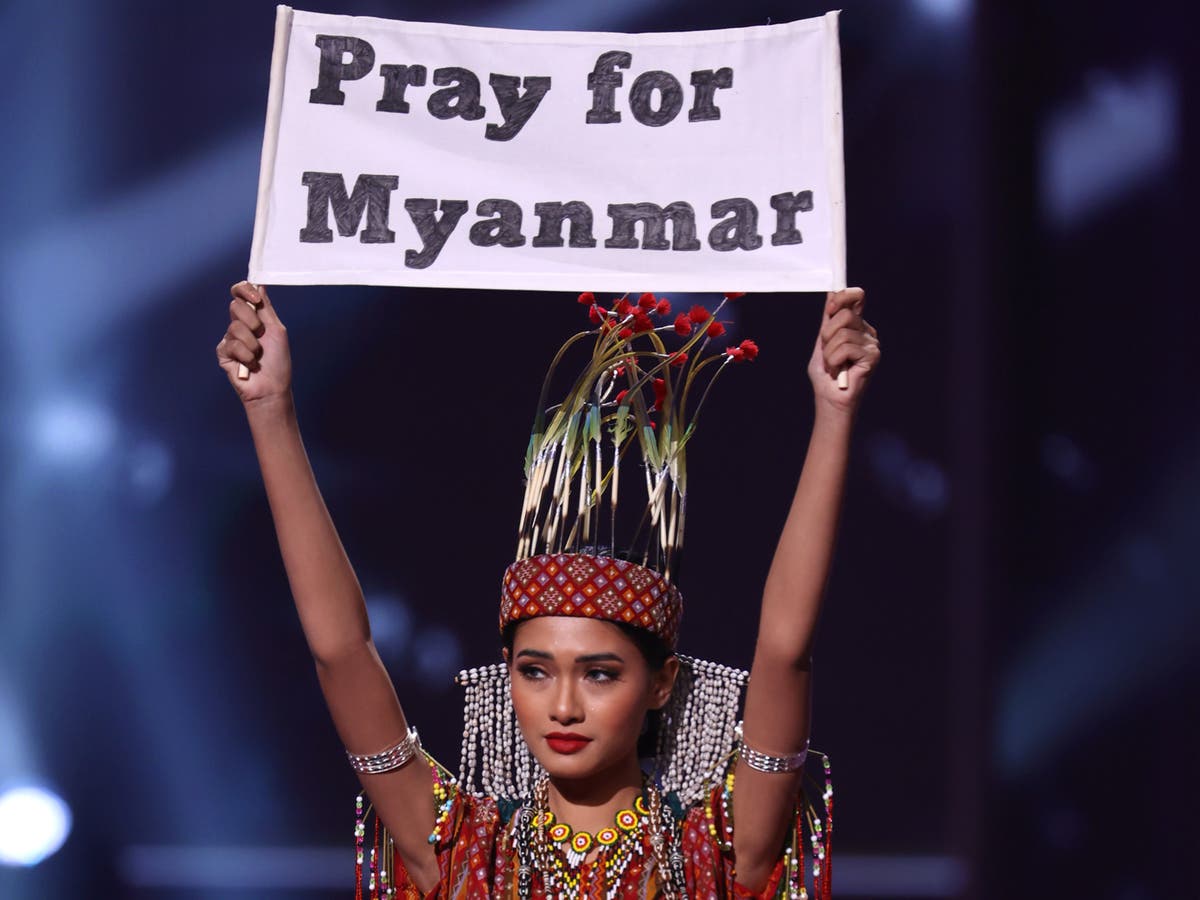 Looks like Miss Universe Myanmar 2020Â Thuzar Wint Lwin,Â won’t have to worry about not being able to come home anymore, as she has finally found refuge among a Burmese community in the US.

Photos on social media posted by the Burmese community in Indianapolis, Indiana, which have now spread among different pageant-related pages, show Lwin, also known as Candy, safely and warmly welcomed by her own people.

The Burmese community also intends to support Candy as she launches her modeling career in New York while under their protection. The 22-year-old Burmese beauty also expressed her intention to help various Burmese communities in the US.

Candy Lwin’s struggles started way before the pageant and didn’t really end when the event did.

Since the onset of the protest movement in Myanmar last February, Candy has been seen joining the civil demonstrations where she held up signs that read slogans such as “We do not want a military government.” She has also been vocal in calling for the release of detained civil leader, Daw Aung San Suu Kyi, who has been under house arrest since the start of the coup.

Thus, to make the beauty contest, Candy had to disguise herself as she left Myanmar to elude authorities as she passed through immigration at the airport in Yangon, the country’s largest city and the center of the protests.

Once she landed in the US, she was informed that her luggage, which contains most of her pageant outfits, had gone missing. This also explains why she had to wear what New York Times reported as a “replacement of ethnic Chin origin” provided by the Chin community living in the US. The group fittingly called the costume “Fearless Empress.”

However, it’s the banner she held up during the competition, which read “Pray for Myanmar,” that sent shockwaves across the audience, eventually earning her the Best National Costume prize.

Sadly, the stunt also allegedly drew the ire of the military junta that occupied her home country. Unverified reports circulating on social media claim that Candy Lwin, as well as her compatriot Miss Grand International 2020 Han Lay who competed in Bangkok, have been served arrest warrants for speaking against the martial rule.

After hearing her post-pageant predicament, many people offered to provide temporary lodging, including Filipino comedienne Pokwang, who assured Candy that her home is always open for her. She even presented to cook her Filipino food fares like laing and roasted chicken.

Now that she’s found a second home among the Chin community in Indiana, Candy can now do what she does best: bringing the plights of her people to the world’s awareness.