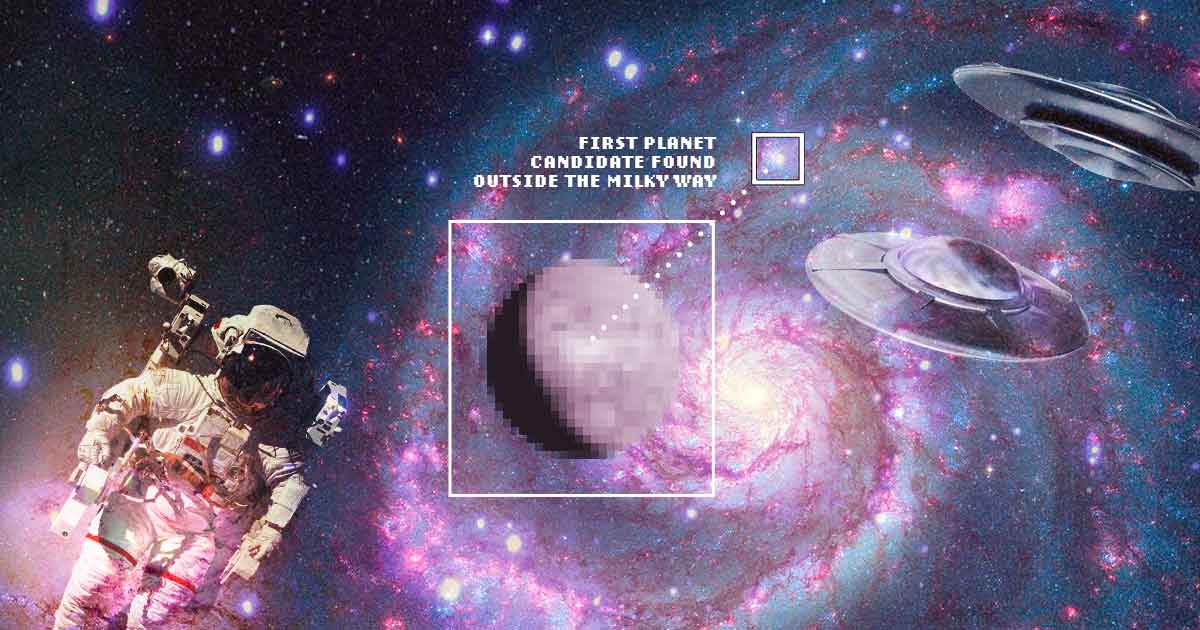 As the ever-expanding universe continues to make us question our tiny little lives, here comes the National Aeronautics and Space Administration (NASA) with the groundbreaking news that it may have found the first-ever planet outside of our own Milky Way galaxy.

This newly discovered potential exoplanet, however, would be about 28 million light-years away.

The key term here is “potential,” because NASA’s result is based on “transits,” or events “in which the passage of a planet in front of a star blocks some of the star’s light and produces a distinguishable, characteristic dip,” according to NASA.

“We are trying to open up a whole new arena for finding other worlds by searching for planet candidates at X-ray wavelengths, a strategy that makes it possible to discover them in other galaxies,” said Rosanne Di Stefano of the Center for Astrophysics | Harvard & Smithsonian (CfA) in Cambridge, Massachusetts, who led the study which was published on Monday in Nature Astronomy.

However, researchers will have to wait a long time to verify whether they have discovered an extragalactic exoplanet. The challenge at hand is the planet candidate’s large orbit, which means it would not cross in front of the binary partner — a black hole or neutron star orbiting a companion star — for another 70 years, meaning it could take decades to confirm the observation.

“We know we are making an exciting and bold claim so we expect that other astronomers will look at it very carefully,” said co-authorÂ Julia BerndtssonÂ of Princeton University in New Jersey. “We think we have a strong argument, and this process is how science works.”