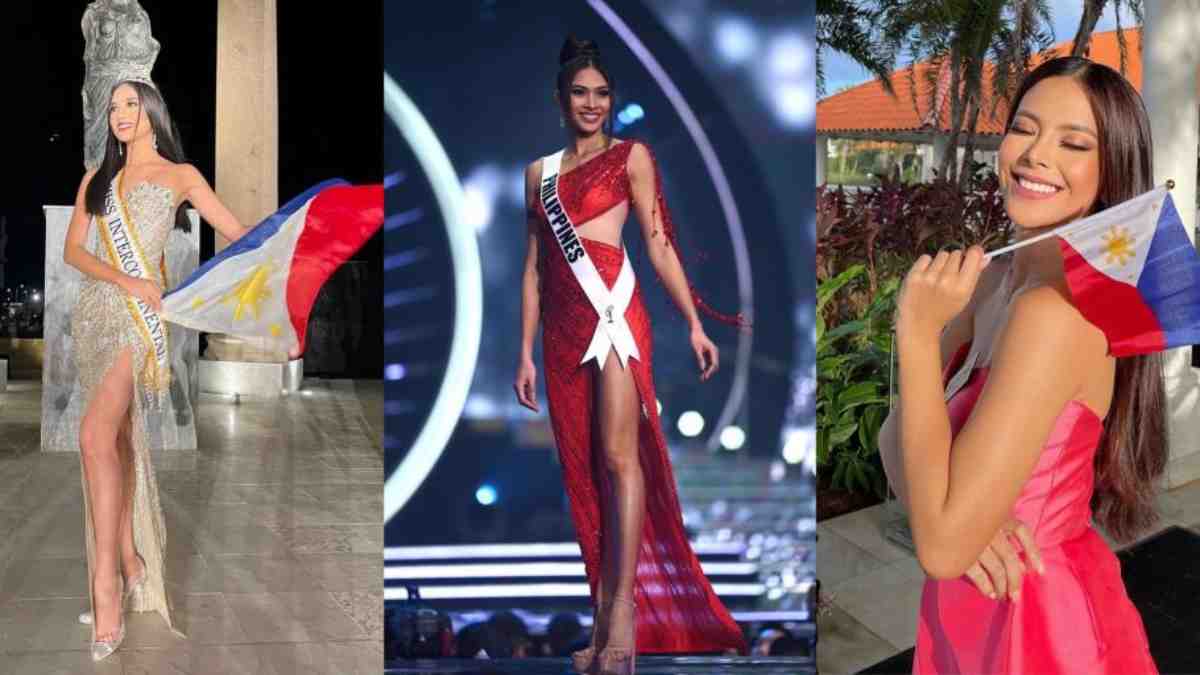 All of Philippines’ Powerful International Pageant Performances This 2021

As quarantine restrictions rolled back to allow the gradual resumption of live events. The international pageant stage bounced back in full force. Philippine beauty queens pulled out all the stops to secure pageant crowns all over the globe. Resulting in one of the most stellar years in the Philippine pageant scene.

With a handful of titleholders kicking off their reigns this year. The Philippines gathers more momentum heading into another year of turning heads and burning runways. Here are all the bright spots by the Philippines’ international beauty pageant representatives this 2021.

The audience in Turkey saw history take place as Alexandra Faith Garcia became the first Filipina representative to not only join the 15-year-old pageant but also go all the way to win Miss Aura International 2021.

Not only did she take home the title, but Montagne also finished first runner-up in the People’s Choice, Miss Bikini, and Head to Head Challenge pre-pageant activities of the competition.

Her path to the crown may be unconventional. But she’s still ending the year with the title nonetheless:Â Miriam Damoah. Who originally placed first runner-up in the Miss Interglobal pageant on December 5. Ascended to the crown after Thailand’s representative, Nachita Jantana,Â relinquished the title.

Aside from a handful of titleholders, the world bore witness to some of the spectacular pageant finishes care of a Filipina as well. Last December 12.Â Beatrice Luigi GomezÂ almost snagged the Miss Universe crown afterÂ making it to the Top 5Â of the competition.Â

Unfortunately, the Cebuana beauty bowed out after the Top 3 announcement. Not before wowing the audience with her answer to the Miss Universe 2016 Iris Mittenaere’s question about mandatory vaccine passports.

With her Top 5 finish, Gomez managed to keep the country’s 12-year semi-final streak in the Miss Universe alive.

Four years after the Philippines won its first Reina Hispanoamerica title, Emmanuelle Vera ended her run in the pageant with an impressive third runner-up finish.

Earlier this year, Kelley Day also brought pride to the Philippines after a spectacular podium finish at this year’s Miss Eco International 2021. Aside from a first runner-up finish, Day also clinched the Best National Costume award at the pageant’s preliminaries.

Tatyana Alexi Austria had the same fate when she also placed first runner-up in the Miss Eco Teen International 2021.

It’s the year of the Samanthas! While their pageant endeavors ended differently, both Samanthas still amazed audiences all over with their wit and grace.

First, there was Samantha Bernardo, who was just one step away from winning the Philippines’ first-ever Miss Grand International title during the March 27 coronation night in Thailand.

Then, nine months later, Samantha Panlilio would snatch the hearts of many with her fierce Miss Grand International run which led to many believing she would win the whole thing. Unfortunately, Panlilio would end her campaign outside the Top 20, but not without serving the most spectacular looks on and off stage.

Moving forward, the country now awaits the fate of two other beauty queens: Tracy Maureen Perez, whose supposed Miss World campaign this December was postponed amid COVID-19 concerns, and Hannah Arnold, the country’s bet to the Miss International pageant after winning this year’s Binibining Pilipinas.

The Miss World pageant has been moved to March of next year, while the organizers of the Miss International pageant have yet to reveal a new date for the event.