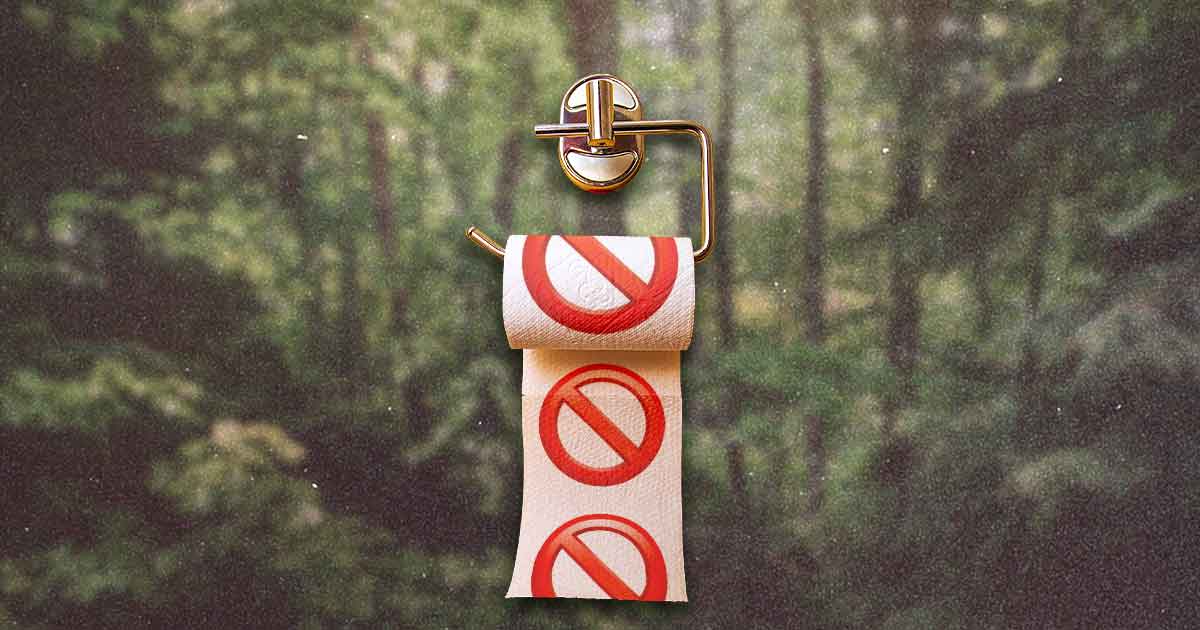 Is Toilet Paper Bad for the Environment?

Have you ever thought about the probable thousands of rolls of toilet paper that you and your family have gone through over the years? Probably not.

It may seem like an everyday thing that we can toss in the trash, but the reality is that it also has a pretty big impact on the Earth. Here’s some things to know about toilet paper and its effect on the environment.

What is toilet paper made of?

Trees. Lots of them. The process starts when trees are cut down, stripped of bark, and fed through a wood chipper to be sent to a pulp processing mill. There, they are mixed with chemicals in a giant pressure cooker to become fibrous pulp, which are then cleaned by heavy amounts of bleach. The bleach both removes the sticky part of the wood and gives toilet paper its white color. They are then mixed with water, dried, and rolled into giant reels to be cut.

It’s a heavily polluting process. Not only does it clear out entire forests, but it also uses an enormous amount of water. Treehugger estimates that 1.5lbs of wood and 37 gallons of water are used to make just a single roll of toilet paper.

Where does it go?

When toilet paper goes down a toilet, it goes through a sewage treatment plant that breaks it down and disintegrates it. When it’s thrown into a landfill, toilet paper relies on garbage-eating bacteria to help it decompose.

Either way, the process of decomposing toilet paper still releases carbon dioxide and methane into the atmosphere, which greatly impacts air quality and the climate agenda.

What can we do about it?

While we can’t exactly wing it and live a life without the multi-purpose paper, there are certainly ways to avoid it. One thing that Asian households are mostly equipped with are bidets. Though it’s already the norm in Asia, those in the West have yet to fully adopt the device.

Bamboo toilet paper is also a good alternative, as it’s a natural product and only takes 0.59 gallons of water to produce during the manufacturing stage. Plus, bamboo grows way faster than regular trees!

If all these options aren’t for you, you could also try reusable towels or cloths. While it may seem like an odd idea at first, you can take some comfort in knowing that you’re using something chemical-free and eco-friendly. Just wash them with hot water and detergent and you’ll be good to go.