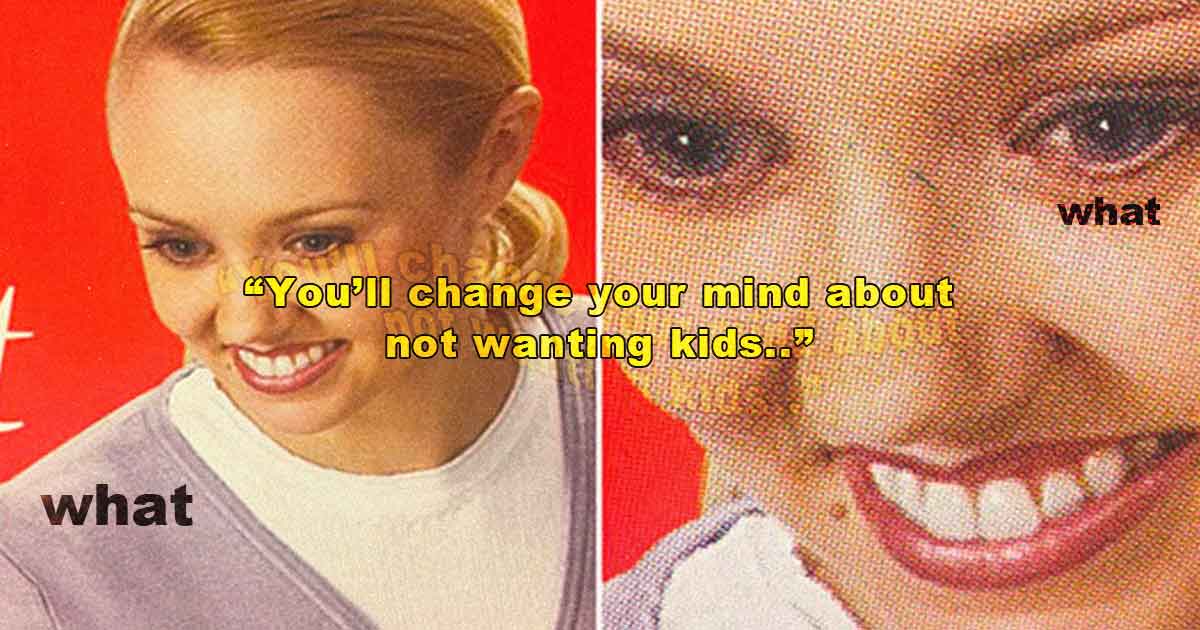 Culture and age shouldn’t dictate why and when to have kids.

Every woman over twenty-five gets asked when they plan to have children. They’ll get that question more often as the years go by. Cue other people’s shock when any woman says, “I don’t want to have kids.” In the Philippines, childbirth is an expectation. So is motherhood. Anyone who says and thinks otherwise will end up on the receiving end of some harsh judgment.

This writer has seen and heard it all from family, friends, and even strangers. I’ve seen several acquaintances experience the same. We all have valid reasons for not wanting kids, yet we still face shame. I sometimes wonder if others are right to judge me. But most times I wish they’d take more time to understand.

People usually tell me I’m selfish for not wanting kids. They’ll say my mom needs grandkids. Well, I have a cat she treats like a baby, so I guess that’s that. But I’ve been told I’m selfish too many times, and the word has embedded itself in my brain.

One of the reasons why I don’t want children is because I know what I want in life. There’s no room for kids in the equation. Also, a recent survey showed that you need a monthly salary of P110,000 to be happy.

My salary is far below that amount. There are months when I barely have enough for living expenses. Let’s not forget that the Philippine inflation rate continues to rise. Where do I fit in the costs of having a kid?

I refuse to bring a child into this world knowing I may not be able to support them. There are enough people suffering in the world, I don’t want to add one more name to that list.

Motherhood isn’t a smart option for some

Some women can get pregnant without trying. Some can’t. And then there are people like me who aren’t healthy enough to have kids.

I have a heart murmur, specifically mitral valve regurgitation. This means one of the valves in my heart doesn’t close properly. That causes my blood to leak between chambers, causing the murmur.

The previous thought was that valve diseases have little to no effect on pregnancies. A John Hopkins Medicine study showed otherwise. Research indicates that heart murmurs put women at risk during childbirth. Some effects include high blood pressure, organ failure, serious bleeding, and other complications.

That said, I choose self-preservation over birthing a kid that society wants me to have.

Motherhood isn’t for everyone

It’s as simple as that.

Some women choose to not have kids because motherhood doesn’t fit their lifestyle. Some women are practical. Other women aren’t fertile. Some women want to avoid health complications.

It’s not for the rest of society to judge.