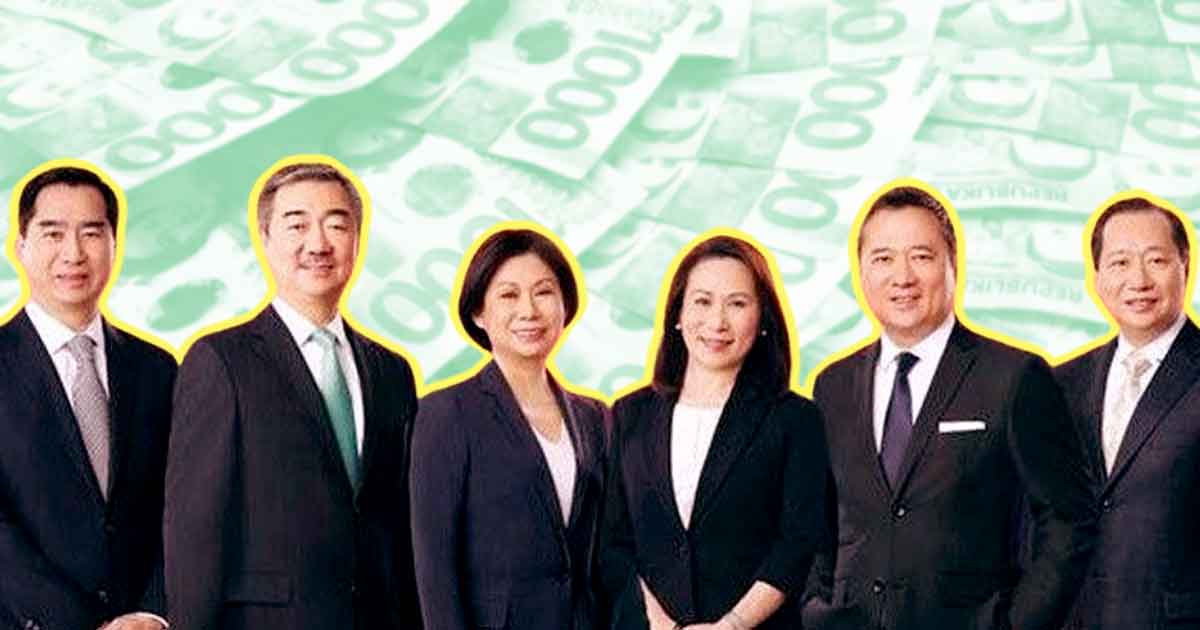 The fortune of the Philippines’ richest saw a rise of 30% despite the persisting pandemic.

Despite the challenges brought forth by the COVID-19 pandemic, the Philippines’ most affluent still saw their wealth ascend to a combined P3.9 trillion, according to Forbes’ annual list of Philippines’ 50 Richest. The roll, which was released on Thursday, saw the Sy siblings claim the top spot for the 13th consecutive year and welcomed as well a total of eight newcomers.

The heirs to Henry Sy Sr.’s lifelong assets collectively earned $2.7 billion more in 2021, raising their total net worth to $16.6 billion.

Meanwhile, Manny Villar remains the country’s richest individual by scoring the second spot with a net worth of $6.7 billion. Trailing behind the real estate magnate is Enrique Razon Jr.’s massive $5.8 billion net worth which grew by $1.7 billion mostly due to his acquisition of Manila Water.

Monde Nissin co-founder and president Betty Ang saw the biggest gain this year after an active local IPO market grew her wealth more than sevenfold to $1.4 billion and pushed her 20 spots up the list to #18. The same offering also introduced three other greenhorns from the Monde Nissin fold to the list: Ang’s brother-in-law and Monde Nissin chairman Hartono Kweefanus; Monde Nissin CEO Henry Soesanto; and brothers Peter Mar and Keng Sun, who serve as heirs to a biscuit business which was bought by Monde Nissin.

Another first-timers on the roll, Converge ICT Solutions’ Dennis Anthony and Maria Grace Uy also reaped the benefits of their respective public listings. A pandemic-stricken country made way for the demand of their broadband services — along with their wealth — to skyrocket, making them collectively worth $2.8 billion and worthy of the sixth spot.

On the flip side, Lucio Tan, who frequently occupied a place in the top ten, fell to the 12th spot from last year’s third after Philippine Airlines filed for bankruptcy protection in a US court.

The annual list is computed using financial and shareholding information from the individuals and families, as well as data from stock exchanges, analysts, and other relevant resources. Here are the top 10 in the 2021 Forbes’ Philippines Richest List: