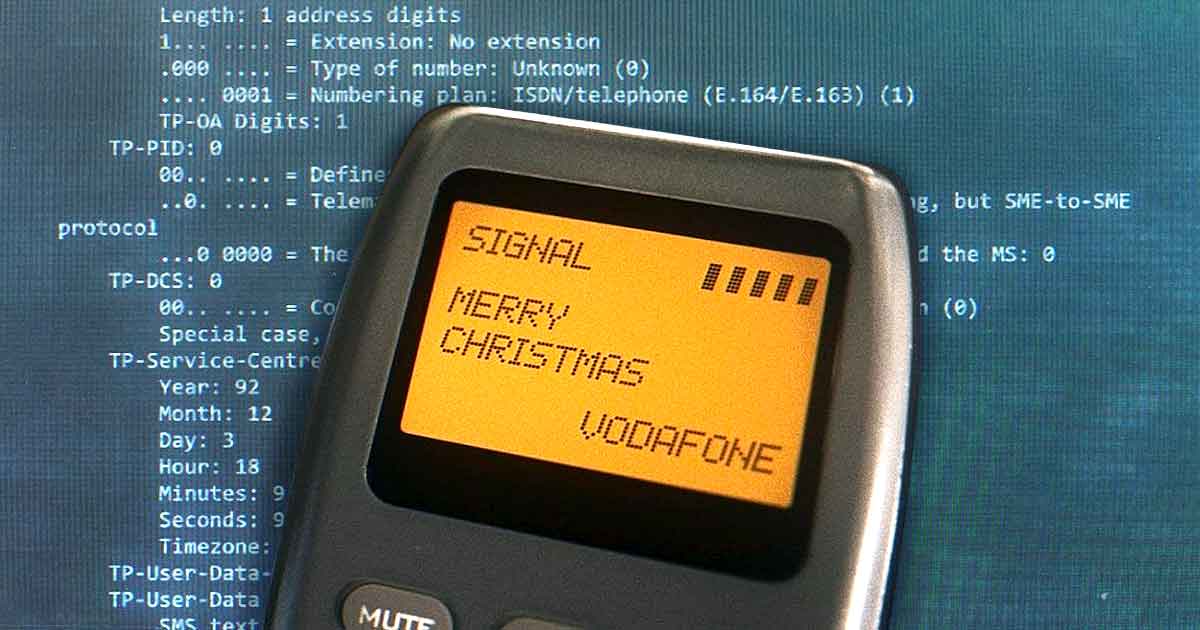 Maybe we could sell our jeje texts as pricey NFT in the future too.

NFT, orÂ non-fungible tokens, are taking the virtual world by storm. From owningÂ a digital piece of artÂ or rare virtual memorabilia (such asÂ the first-ever-tweet) to buying the rights to a persona in theÂ metaverse. NFTs are flexing for the vast future on the horizon.

Moreover, Even stuff outside the Internet of Things can be purchased as NFTs.Â One of Banksy’s artworksÂ was slated to be sold as 10,000 NFTs. And now, theÂ first-ever text message ever sentÂ has also been auctioned by Vodafone as an NFT. The NFT cost â‚¬132,680 orÂ about P75 million.

The historic sale took place on December 21 at the Aguttes auction house in France. The timing could not be any better. As it turns out, the first text message in history was sent by Vodafone programmer Neil Papworth from his computer to the company’s director Richard Jarvis on December 3, 1992 — over 29 years ago — during a holiday office party and simply read, “Merry Christmas.”

In addition, The anonymous auction winner, who paid the sum in Ether cryptocurrency, will acquire a replica of the original communication protocol, along with a digital frame that displays the animation of the phone receiving the text. The prize will also come with an authentication certificate signed by the CEO himself of the Vodafone Group,Â Nick Read.

Meanwhile, Vodafone, befitting of the Christmas spirit. Vodafone will also donate the proceeds of the auction to the United Nations Refugee Agency. It is a donation to help those who have been forcibly displaced from their homes and countries.

“In 1992, I had no idea just how popular texting would become. That this would also give rise to emojis and messaging apps used by millions,” Papworth was quoted by Aguttes. “I only recently told my children that I sent that first text. Looking back with hindsight, it’s clearer to see that the Christmas message I sent was a pivotal moment in mobile history.”

Aside from the first-ever tweet and the first-ever text message getting a price tag as NFTs. The first-ever edit on Wikipedia, which readÂ “Hello World!”Â was also auctioned on Christie’s for about $750,000 (about P37.9 million). The NFT was auctioned along with the computer, a Strawberry iMac, with which Wikipedia founder Jimmy Wales made the edit. The gadget fetched a hefty sum of $187,500 (about P94.7 million).