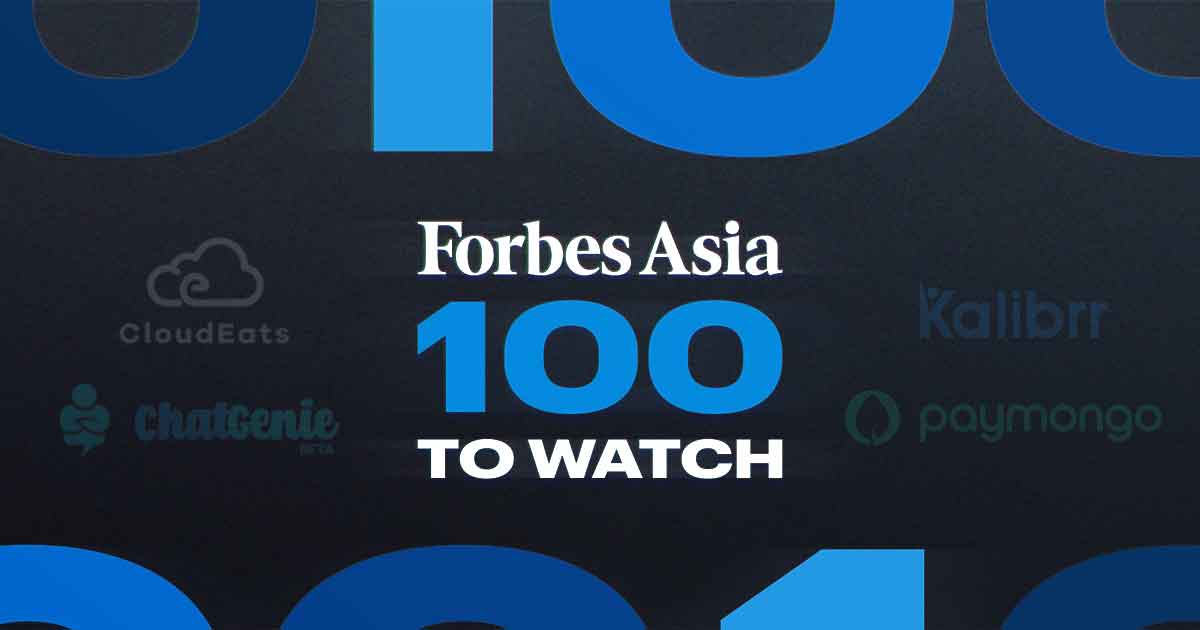 Even at a period when the economy of entire countries plummeted due to the pandemic, certain start-ups from the Asia-Pacific region still found a way to weather through and chart a path — a path which eventually led them to land a spot in Forbes Asia’s first “100 to Watch” list.

Starting from a pool of over 900 candidates, the handpicked hundred all espouse an early potential of, according to Forbes, “addressing problems such as improving transportation in congested cities, expanding affordable connectivity in remote regions and preventing food waste. Seventeen countries and territories are represented.”

For such a noble task, four Filipino start-ups answered the call and made the cut. Here are the up-and-coming companies that are ready to rise and serve the Philippine market.

Finding its footing a mere month before the country’s first lockdown, ChatGenie integrates digital platforms and Grab’s delivery service into Facebook Messenger so that customers can shop simply by sending a direct message.

CloudEats’ claim to fame is being the pioneer of the cloud kitchen concept and the Philippines as well as having the biggest company in the industry. Launched in 2019, the start-up’s secret to success is its cost efficiency–operating 60 restaurant brands out of versatile “cloud kitchens.”

CloudEats claims to have raised $1.8 million in funding and is also in the process of building its own food brands, recipes, and concepts based on customer feedback.

Founded in 2013, Kalibrr not only boasts the most experience out of the bunch but also the distinction of being the first Filipino company to be accepted by US-based start-up accelerator Y Combinator.

In its lengthy tenure, the AI-powered recruitment company says it serves 5 million job seekers in Indonesia and the Philippines by making the hiring process simpler, faster, and better for both companies and applicants.

Another Y Combinator graduate, PayMongo is an online payments processing company that merchants can use to accept all types of payments.

Having raised $14.7 million in funding, the fintech company claims to cater to around 7,000 mostly micro, small, and midsized companies moving beyond brick-and-mortar stores to web-based businesses.

Here’s the complete list of companies that made it to Forbes Asia’s roll.