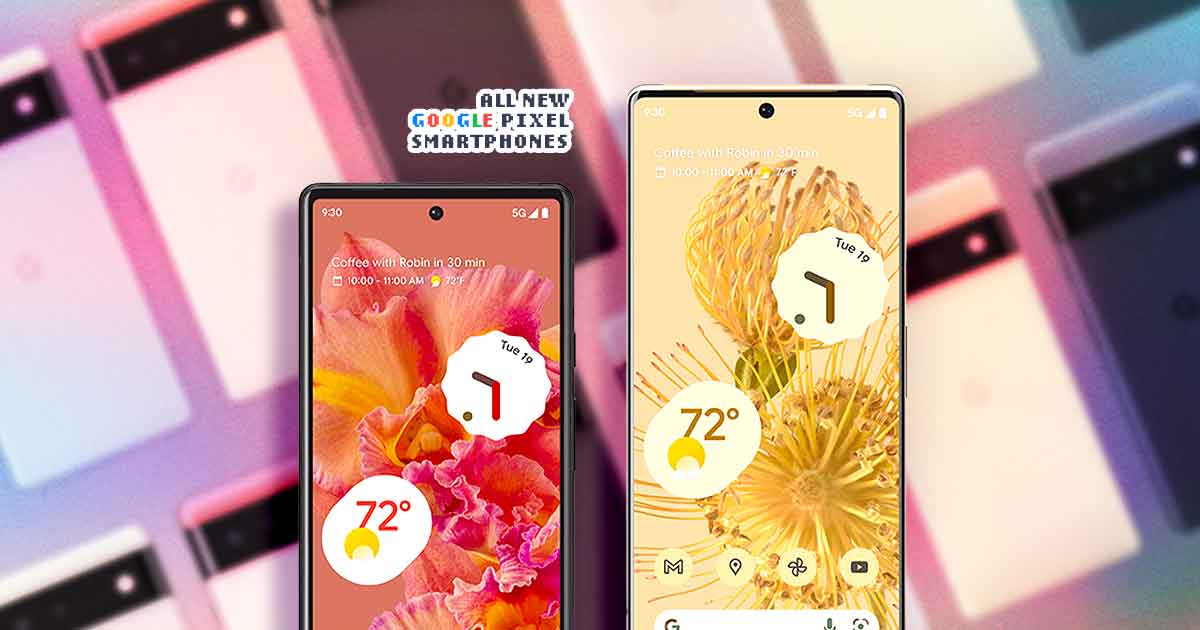 If you’re in the loop on the latest tech trends, you may be aware that Apple recently unveiled its new iPhone 13. Well, in its latest attempt to conquer the smartphone race, Google introduces the new Pixel 6 smartphones.

To put things into perspective, the smartphone arena has long been dominated by Apple and South Korean electronics colossus Samsung, but Google is aiming to expand its single-digit market share with the newest Android-powered Pixel line.

Google announced the latest Pixel 6 smartphone as completely “reimagined” during a presentation in which it pointed to security, speed, style, and sophisticated software capabilities. “This year is quite a bit different,” said Google devices senior vice president Rick Osterloh.

So what’s new with the Pixel 6 smartphone, you may ask? Well, Pixel 6 models, with superfast 5G wireless capability, debut Google’s own Tensor chip crafted to enable computers to think more as people do. The Pixel 6 hardware and software mix ramps up the smartphone’s ability to understand what has been called another step toward a future of “ambient computing,” according to Osterloh.

Equipped with an array of sensors for photography are in a band on the back of the smartphone, the Pixel 6 has a 6.4 inch, edge-to-edge screen, and the Pro model is slightly larger. Camera features included images that more accurately portray skin tones across races, and a “magic eraser” to make unwanted objects or people in photos disappear.

On the flip side, they’re not as expensive as the latest iPhone models. Pixel 6 pricing starts at $599 (about P30,000), while the Pixel 6 Pro begins at $899 (P46,000). Google is taking orders for the new smartphones, which will be available beginning October. 28. This means if the Pixel 6 smartphone tickles your fancy, you can pre-order for it now.