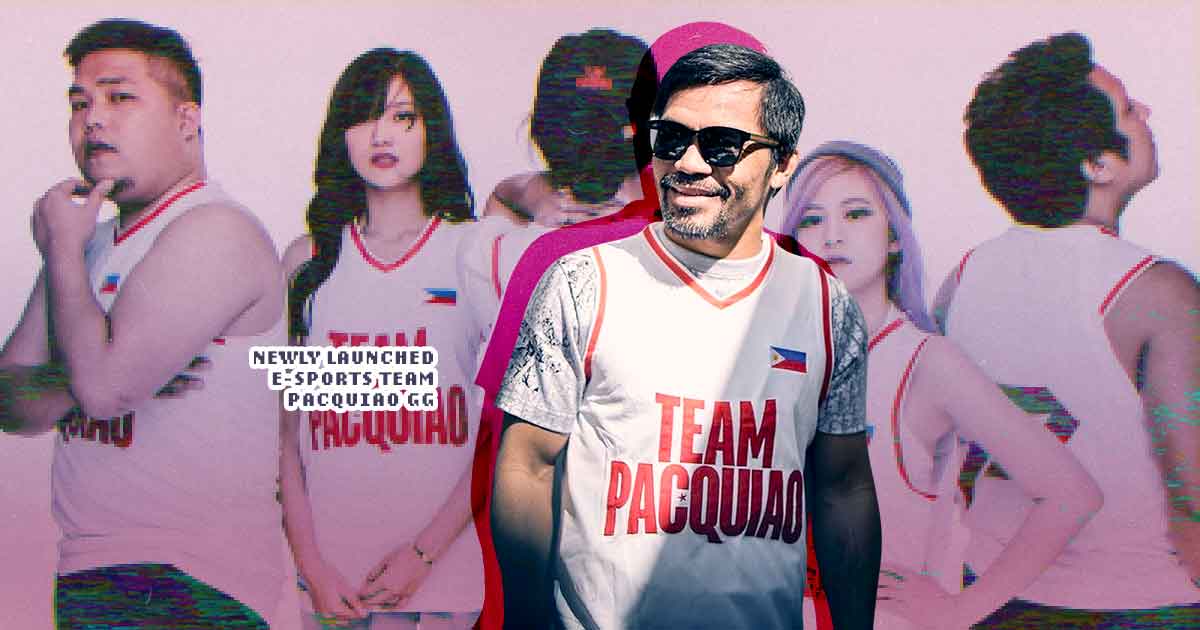 The former boxing champ announced the launch of the new brand at the City of Dreams in ParaÃ±aque City on Saturday, December 4.

“Today, we are launching Team Pacquiao to sow the seed of Filipino excellence in international esports competitions,” he said. “Our purpose is to become the pound-for-pound esports heavyweights of Southeast Asia through community engagements, professional teams, content creation, and charitable giving.”

Pacquiao also stated that he had partnered with global sports company Veloce to help the new team develop Filipino professional gamers and host events and competitions.

“Most Filipinos identify video gaming as a hobby and possible addiction for younger people that must be supervised. But not anymore. Esports is not just an online phenomenon but a legitimate, growing sporting industry around the world with a lot of job and business opportunities,” the senator went on to say. “Esports is the future and I’m really happy to be part of this quest to create world-class content creators, Filipino gamers and develop them into professional athletes.”

Pacquiao has dabbled in esports before, participating in several esports events and even becoming an endorser for Mobile Legends: Bang Bang. There, he has his own legendary skin and has inspired the ML character named Paquito.

TPGG will include five members: Elyson “Ghost Wrecker” Caranza, influencers Kimberlee “Superkimbie” Arcillas and Een Mercado, shoutcaster Shin Boo “Shinboo” Ponferrada, and vlogger Gian Lois “Gloco” Concepcion. It’s interesting to note that the team does not have any pro level players and are instead composed entirely of streamers.

According to Pacquiao, TPGG will aim to “elevate the competitive spirit of the Filipinos” and “engage the community through world-class content and grass-root and premier esports events across the nation.”

“This is only the beginning,” he affirmed.