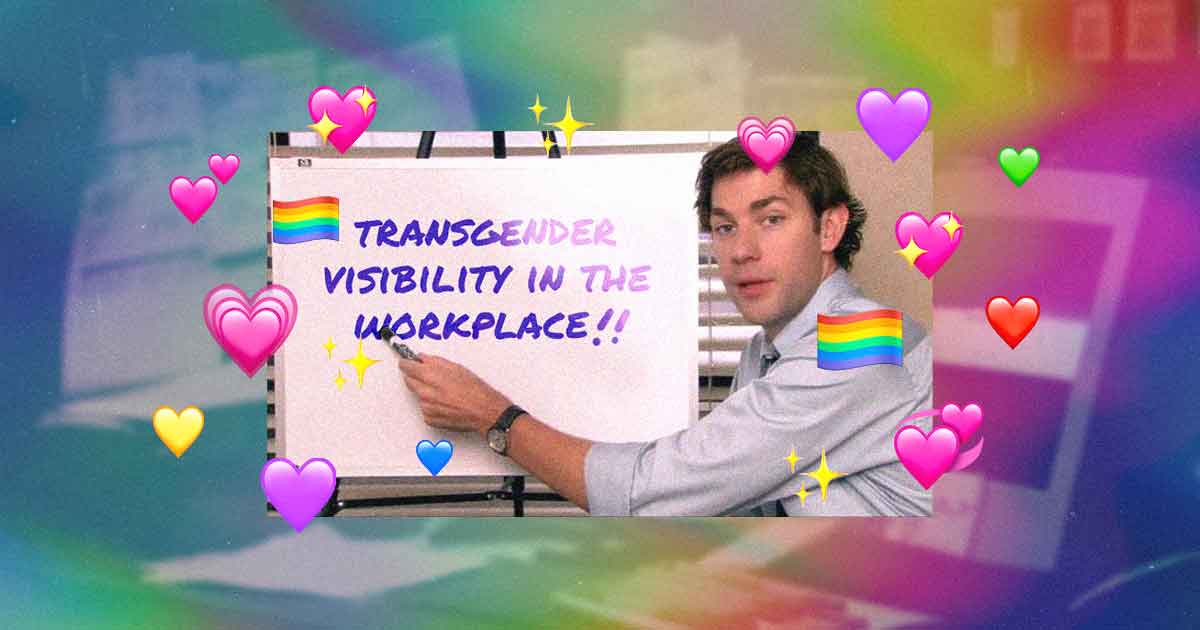 What Is Transgender Visibility, And Why Is It Very Important In The Workplace?

A trans person’s gender identity is different from the one assigned to them at birth. Many are curious about what it’s like to be trans. Sadly, transgender visibility doesn’t matter to many.

Trans people are often misgendered. Or worse, overlooked. This happens everywhere, especially in the workplace. Before the 2000s, trans workers couldn’t dress according to their gender identity.

Since they couldn’t express themselves, transgender people suffered from mental illnesses like depression. Some felt so bad that they attempted suicide.

Amar Salipot has been working for 6 years now. He used to work in private companies that treated him like a lesbian. For instance, he had to wear the women’s uniform, especially for client meetings. His colleagues couldn’t accept or even tolerate trans people.

DJ Collado has been working for 11 years. At his previous jobs, no one acknowledged that he was trans. They used terms like “hard butch” or “lesbian” to refer to him. Sometimes, they even called DJ by his dead name, which made him feel bad. But he tried not to show it.

Amar’s and DJ’s stories aren’t unusual. In fact, theirs are only two examples of how the workplace can be invalidating for trans people. But it’s important to note that the companies themselves aren’t the problem. It’s the people (and, to a lesser extent, the environment).

Amar works on-site and DJ works from home. They spend most of their waking hours at work. They talk to their bosses and colleagues for eight to nine hours a day. It’s important to them that those they work with acknowledge their gender identity.

DJ is a configuration and implementation analyst. The company he works at now is the first company that acknowledged his gender identity. His onshore bosses use his preferred pronouns. They also encourage DJ’s colleagues to do the same. The recognition and respect he receives from his colleagues inspire him. He feels seen at his current place of work, which he says is the best feeling for a trans man.

Amar is now working at a government agency. He says he became more visible as a trans man when he switched to a career in public service. Like DJ, he feels fulfilled and motivated when his colleagues acknowledge who he is.

The act of being called ‘sir’ is a huge leap from when he needed to wear a female uniform as per company rules. Amar realizes he’s lucky that people around him are accepting. His colleagues treat him like an equal.

The future of transgender visibility

DJ’s and Amar’s need for visibility may seem inconsequential to a lot of people. But it’s important that others see them the way they want to be seen. The good thing is that they’re working with people who are only too happy to extend that courtesy to them.

Things have gotten better for DJ and Amar, but plenty of trans people out there are still suffering. Some employers support workplace diversity when it comes to sexual orientation. But they don’t pay as much attention to gender identity or expression.

The fight for acceptance and transgender visibility is far from over. This is why the SOGIE bill is important and should become law.