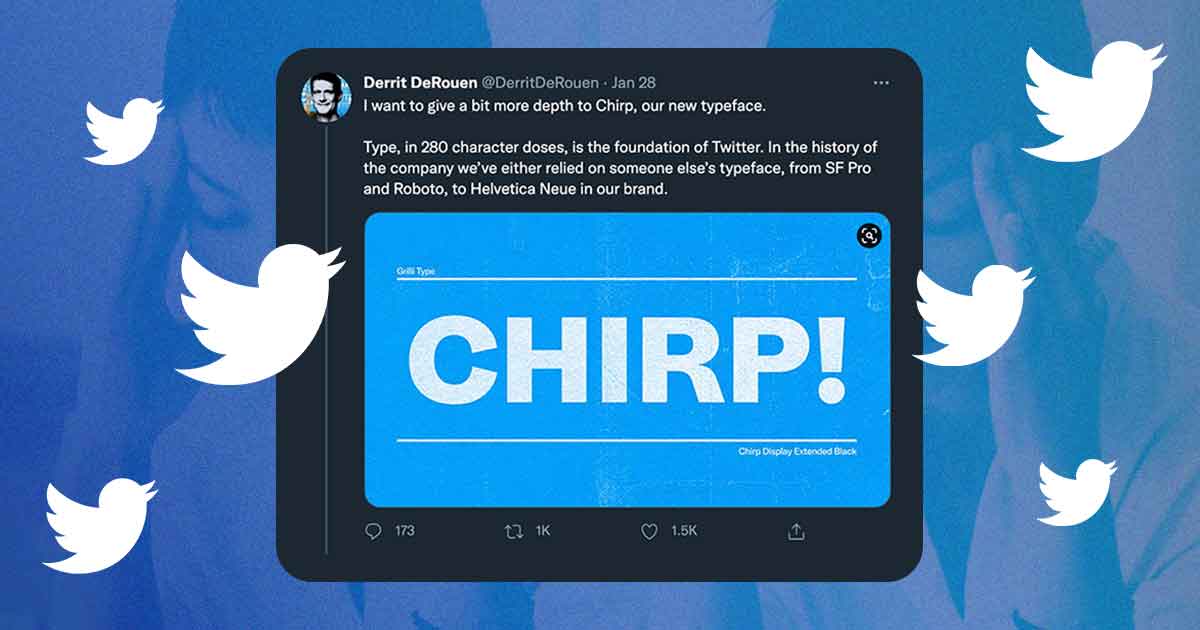 “The new twitter font has cured my addiction to this bird app because I actually can’t scroll without getting a headache now,” said one user.

If you’ve noticed anything different in your tweet timeline, then you’re not the only one. Twitter has just rolled out an array of appearance changes to its platform, including new typography which, apparently, are making people’s heads hurt.

Chirp, the new Twitter typeface that became the default on Wednesday, is the app’s first-ever proprietary font that “strikes the balance between messy and sharp to amplify the fun and irreverence of a Tweet, but can also carry the weight of seriousness when needed,” per a recent blog post by the site. The app worked with Swiss foundry Grilli Type to come up with what is essentially “blended American Gothic and European Grotesque styles.”

Talking about the company’s decision to develop its own typeface, Twitter’s creative director Derrit DeRouen said in January that it sought to “improve how we convey emotion and imperfection, which is through an everyday font that “must be sharp and legible (with good density), but with personality and distinctiveness.”

As a cute little Easter egg, long-time app researcher and Twitter tipster Jane Manchun Wong also revealed that typing [CHIRPBIRDICON] in the tweet compose box turns the text into the bird logo when the tweet is sent out.

That’s all well and neat, but how did Twitter users find the new font? Annoyed, apparently.

A day after the Chirp debuted on the app, several Twitter users complained about the font being difficult to read, with some even claiming that reading it gave them a headache. A few users, though, chose to turn the pain into a positive by saying the new font helped them set their phones aside.

Kidding aside, one particular user protested the new font by saying that it “is not conducive for anyone with a visual and reading impairment” as it looks like “the letters and keys are floating.” They also said that they felt “disoriented” when they read the font.

Sadly, that isn’t where the grievances end just yet. Among the array of visual revamps done on Wednesday are an increase in color contrast for buttons and links and a decrease in distracting “visual clutter” that otherwise makes readers lose focus.

Along with the change in color contrast came an apparently frustrating change to the follow button. It used to be that when you follow someone, the button’s background would be filled in, and when you don’t, the button isn’t.

Now, it’s the other way around, and it’s confusing the wits out of some users.

Adjustments are a pain in the a**, and Twitter, being itself, probably anticipated the recoil that their redesigned platform would receive. At least Twitter’s trying, whereas there are still users who are -demanding the dreaded “edit” feature.