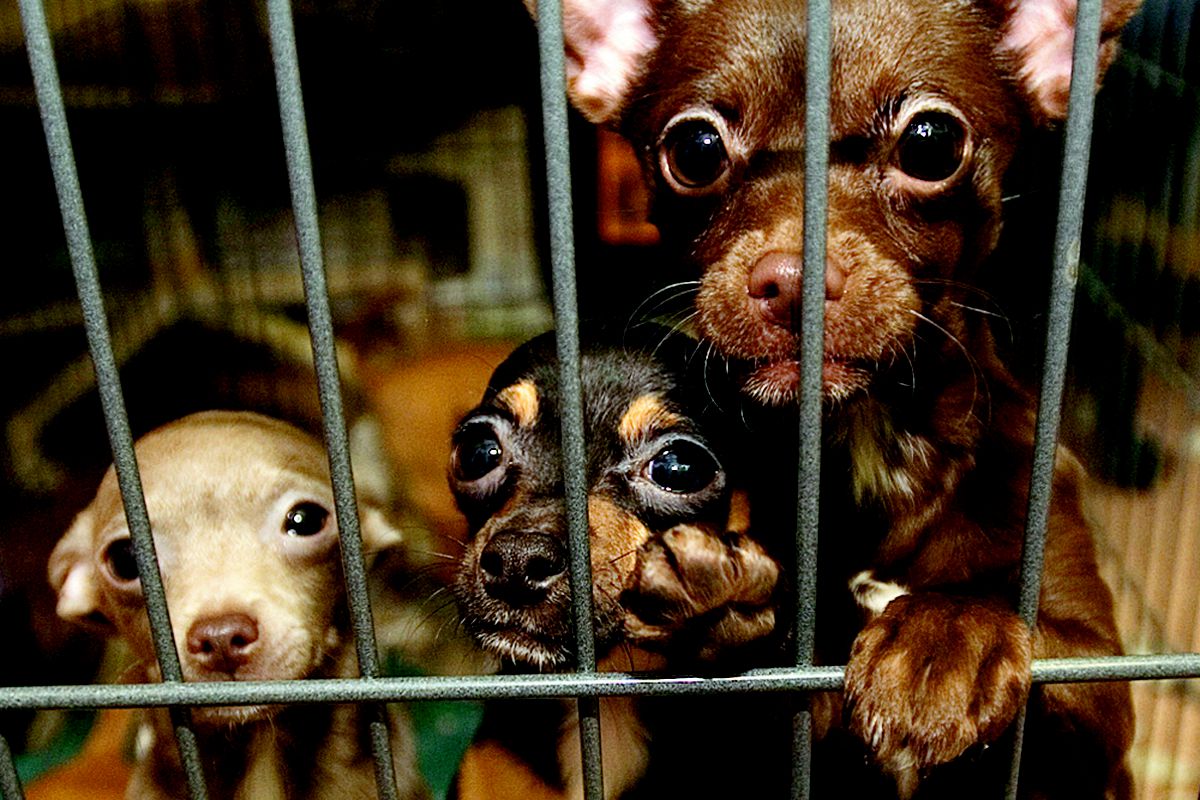 You walk around the pet store and see a dozen cute puppies and wonder which one you’d like. Maybe a Golden Retriever or Shih Tzu? But maybe you should look again. Where do you think these pet stores even get their puppies?

More likely than not, they’re getting them from puppy mills.

Puppy mills are extremely inhumane places where dogs are bred until they can no longer breed. You’ve got dogs in cages for so long that their hair is tangled around the wires, other dogs with dirty, matted fur weighing a couple pounds, and most dogs that have never seen the light of day.

This is where you get most of the purebred dogs you see in pet shops.

While it wouldn’t be fair to say that all pet shops sell dogs from puppy mills, a majority of them really do. It’s a constant and never-ending supply of puppies that make the shop big money.

There are thousands of puppy mills in the United States, and probably a good number of them here in the Philippines. The issue hasn’t gained much traction because the Philippine population is still very much into purebred dogs, so the statistics aren’t completely all there.

The problem with puppy mills and pet stores is that they obviously care more about profit than the welfare of the animal. Real breeders would understand that there are breed standards to follow and would especially ensure that each animal, including the mother, is well-treated and properly cared for.

Puppy mills support this by supplying pet stores, which sell to customers, which then perpetuate the suffering of the animals still left in the mill.

Unlike adoption, where owners are thoroughly screened before being chosen to take the pet home, the puppy mill industry will give the pet to anyone who has the money to buy them. This can be cause for concern because not everyone is fit or responsible enough to care for the animal.

That’s why there are many purebred strays with health issues roaming the streets.

The best option, if you’re looking for a a new addition to the family, is adoption. You’d be lessening a population of needy strays and would effectively be avoiding a vicious industry of abuse and neglect.

If you’re super particular about the breed that you want, there are always reputable breeders that follow breed standards and ensure pet health and welfare. Just make sure that you’re buying your pet from a licensed and professional breeder rather than backyard breeders, who pose a number of their own risks.

You should also avoid notorious pet shops like those in the Tiendesitas area, where pets are sold with apparent health issues without prior notification to the buyer.  These are irresponsible pet shops that shouldn’t be supported.

Do your research well and discern wisely where you choose to get your pet. Your decision could literally save a life!