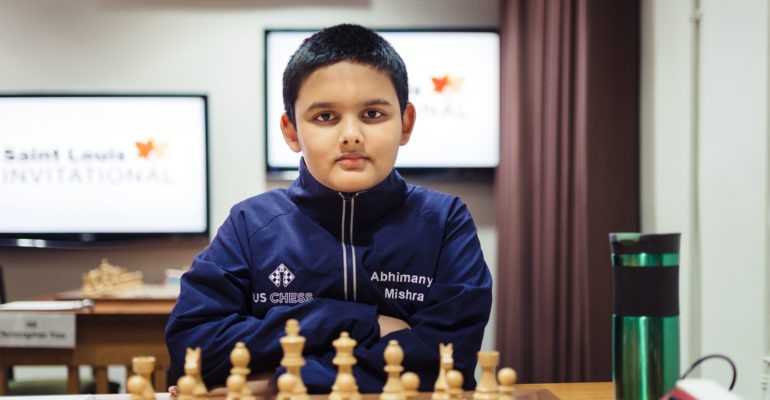 Looks like The Queen’s Gambit isn’t the only place where you can find young chess prodigies.

Abhimanyu Mishra, a 12-year old from Englishtown, New Jersey, recently became the world’s youngest ever chess grandmaster. He won the title at a tournament in Budapest, Hungary at the age of 12 years, four months, and 25 days old.

The previous record was held for 19 years by Sergey Karjakin, a Russian chess champ who was 12 years, seven months, and 66 days old when he became a chess grandmaster.

In the chess world, achieving the grandmaster title means earning three “grandmaster norms,” or good performances in high-level tournaments. Contenders must also earn an Elo rating of at least 2500 from the FÃ©dÃ©ration Internationale des Ã‰checs (FIDE), the world governing body of chess.

“Finally checkmated the biggest opponent (ongoing pandemic) which stopped me for 14 months,” Mishra tweeted. “Thanks everybody for all your love and support. Looking forward for World cup.”

The young GM has been blowing through the chess scene since the age of 7, becoming the United States Chess Federation’s youngest Expert level player. At age 9, he achieved the title of the youngest National Master, and eventually went on to become the youngest ever International Master at ten years, nine months and 20 days old.

Mishra polished his chess skills through long nights and strategic planning with his father, Hemant Mishra. The pair would often try hours and hours of simulations to prepare him for tournaments with older, more experienced players.

While the father-son duo seemed like a pretty unbreakable pair, it looks like the future is ultimately in Mishra’s hands. “Whether it’s the tournaments he plays or if he wants to continue to play chess at all. It’ll be his decision,” Hemant said.

For now, Mishra will be competing at the 206-player World Cup in Sochi as a wildcard entry by FIDE. He’ll be facing three-time Georgian champion Baadur Jobava in the first round.