The Trese hype is very real and roaring. Whether fans are crooning with kilig over Trese’s kambal protectors Crispin and Basilio (or maybe Anton?), or debating whether Liza’s voice passed their stress test, Trese has undeniably taken over our collective minds in the past several days.

That’s why the news that the Trese series are now flying off shelves is hardly surprising — we got to have our love for the Babaylan-Mandirigma manifested in a physical form. But if the comics don’t quite cut it for you, here are other Trese-inspired goods that will get you in the aswangÂ­-hunting mood… sort of.

For the longest time, Team Manila has churned out the coolest renditions of Filipino iconographies and cultural symbols, with Trese being the latest local trend to get its own tee.

Designed by +63 Design Co. co-founder Dan Matutina, the bright orange-shaded shirt features the primary weapon that Alexandra Trese wields in the series, the Sinag, which is stylized to resemble the number “13” or trese. On the back, the word “Trese” sits atop the names of the graphic novel’s original authors, Budjette Tan and Kajo Baldisimo. The wordmark also forms several icons adopted from the original graphic novel, which Matutina explains through an Instagram post that represents his favorite characters.

You can buy Team Manila’s Trese by Dan Matutina off the Daily Grind website for PhP695.

The six-inch tall action figure is super-poseable with 28 points of articulation and is fully accessorized too. It comes with a miniature Sinag blade, a SanTelmo, and seven transposable hands all packed inside a black-clad display box. It was available for preorder for PhP2,600 until June 17 with the first 500 reservation also copping a Tiyanak King figure, but don’t fret — the Trese set will be sold at a retail price once stocks start pouring in.

LooseCollector CEO Dave Cardenas said via Inquirer Super that they have been anticipating an Alexandra Trese figure since last year, taking a full month and a half to create a physical prototype.

He also said that if a Trese figure fares well, then they might consider creating statues for the other characters in the series too.

Of all the strange and supernatural elements that ever came out of the Trese series, the gigantic Choc Nut is perhaps the most memorable, and certainly the most sought after.

The titanic sweet treat technically doesn’t exist, but local cake shop The Bunny Baker took it upon themselves to transform the bribe for Nuno into a very real, very delectable Giant Choc Nut Cake.

The artistry is uncanny in this cake that resembles a half-opened pack of Choc Nut. The fondant-covered cake measures about 10 inches and is available in any of these seven flavors: Chocolate, Vanilla, Red Velvet, Carrot, Banana Speculoos, Funfetti, and Rainbow.

Originally a giveaway for an online contest they held last Independence Day on June 12, the Giant Choc Nut Cake can also be purchased for PhP5,000. Just message The Bunny Baker on Facebook or Instagram for a perfect Trese-themed celebration (or just to poke fun at your nuno-sized pals!)

While this isn’t technically merchandise, it’s still a hip, new way of playing the Trese protagonist’s part: Brawl Quest, a mobile game from local game developers ThinkBIT Solutions, has debuted Alexandra Trese as one of its latest playable characters.

Described as an “arcade action beat ‘em up” game that features fast-paced fighting, Brawl Quest brings a lot of icons from Philippine pop culture into the game as playable units.

To really bring out that Filipino flavor, they reached into the realm of Philippine comics and graphic novels for cartoon characters who can take on the game’s battles. In fact, Baldisimo himself forwarded the designs for ThinkBIT to turn into a playable character.

Watch Alexandra Trese in action within the game below:

For its latest addition of Trese, ThinkBIT Solutions director and co-founder Christian Gosingtian said that the game has already seen “a good increase in downloads,” putting them at the forefront of Google Play and Apple AppStore.

This just adds to Brawl Quest’s handful of game development victories including notching the Big Indie Pitch GSTAR 2018 and making it to the finals of the SEA Game Awards Level Up KL 2019. You can download the game from AppStore or from Google Play.

Technically, there have been tons of Trese merchandise ever since the series came out in 2006 — from licensed shirts to dolls to an actual cooperative board game called Trese Case Files — but all these were either discontinued or sold off in single-time events.

But don’t worry — given the buzz around Trese and company, we guarantee you that this list will continue to grow. 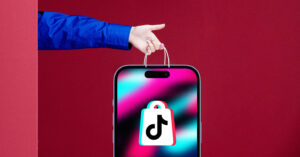 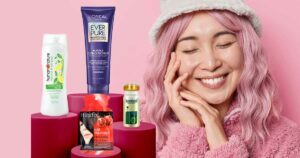 At-Home Hair Treatment: Preserve Your Bleached And Colored Hair With These Products

You don’t have to break the bank for hair care. 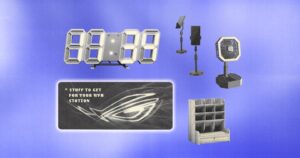 Stuff To Get For Your Work-From-Home Station

You'll need these desk buddies, for sure! 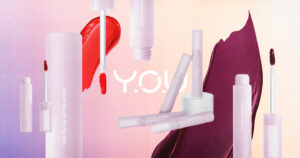 Look like your favorite Korean idol with this new YOU Beauty product.