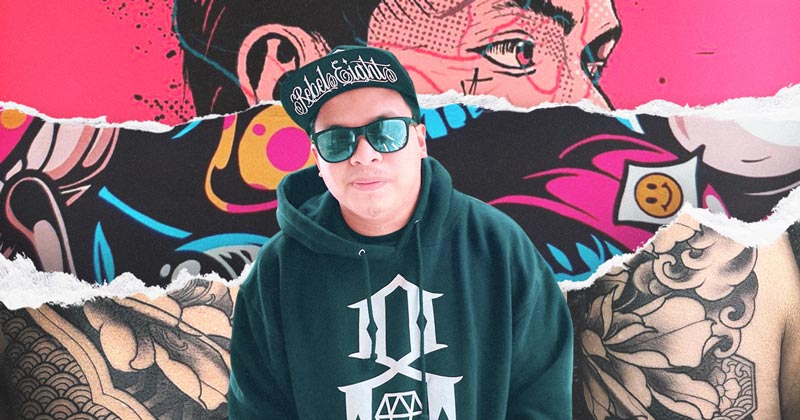 Alvin Gantioque is known as a member of the bands Concrete Sam and DEADYEARS. He’s also known as someone who does distinct neo-traditional tattoos. But for him, tattooing isn’t for the faint-hearted. You must strive to know more about the craft and innovate for success.

Alvin is influenced by a mixture of international and local styles. He looks up to a lot of tattoo artists. “Here in the Philippines, Aldrin Ace, Ato Legaspi, Draz Palaming, and Omom. Internationally, Jayfreestyle, Levgen, Quang Pham, and Steve Butcher,” he says.

How Alvin Gantioque got his start

He shaded his way to tattooing when he was in senior high school. A friend asked him to join a cousin’s tattoo shop. After that, he started looking up to pioneers of the scene like Ato Legaspi, Dyani Lao, and Rakel Tattoo. He was also fueled by the influence of people and friends.

In his early years as a tattoo artist, he struggled to master the use of needles. He also needed to brainstorm about the designs he would use. The lack of clients was a major problem, too. Luckily, he had his first breakthrough when he became a member of 55 Tinta.

Alvin says, “It was because of Ronnie of Give Chance to Run. He wanted to get a tattoo, and he thought I was from Quezon City. He then referred me to 55 Tinta.”

For Alvin, this opened up more opportunities for him to explore and learn. But these days, Alvin is still trying to improve. He mentions that helps him grow.

Tattooing became his main source of income. It helped him put food on the table and reach his dreams.

His success as a tattoo artist paved the way for him to design clothes. As someone who likes to drip skateboarding brands, he decided to create his own clothing line. Vintados is Alvin Gantioque’s brainchild. It combines his passion for designing tattoos with clothing.

Its designs have American and traditional Oriental elements. There are also skulls aplenty. Alvin is inspired by his favorite brands, Rebel8 and The Hundreds. He reinvents merch, such as shirts, caps, and shorts. And pretty much anything that he can think of.

Design concepts and drawing skills are the most essential parts of tattooing, especially for tattoo artists who are building their portfolios. These two skills will ensure that their outputs are of good quality.

Being humble is important to Alvin. He emphasizes that his art speaks louder than words. He also says one should have proper respect for people, especially for those who came first. Maximizing social media is also key, particularly when researching.

He still strives to be better as an artist, even though he has already made a name for himself in the industry. This is why he still explores new avenues for designs.

Photos All photos courtesy of Alvin Gantioque (except where indicated)