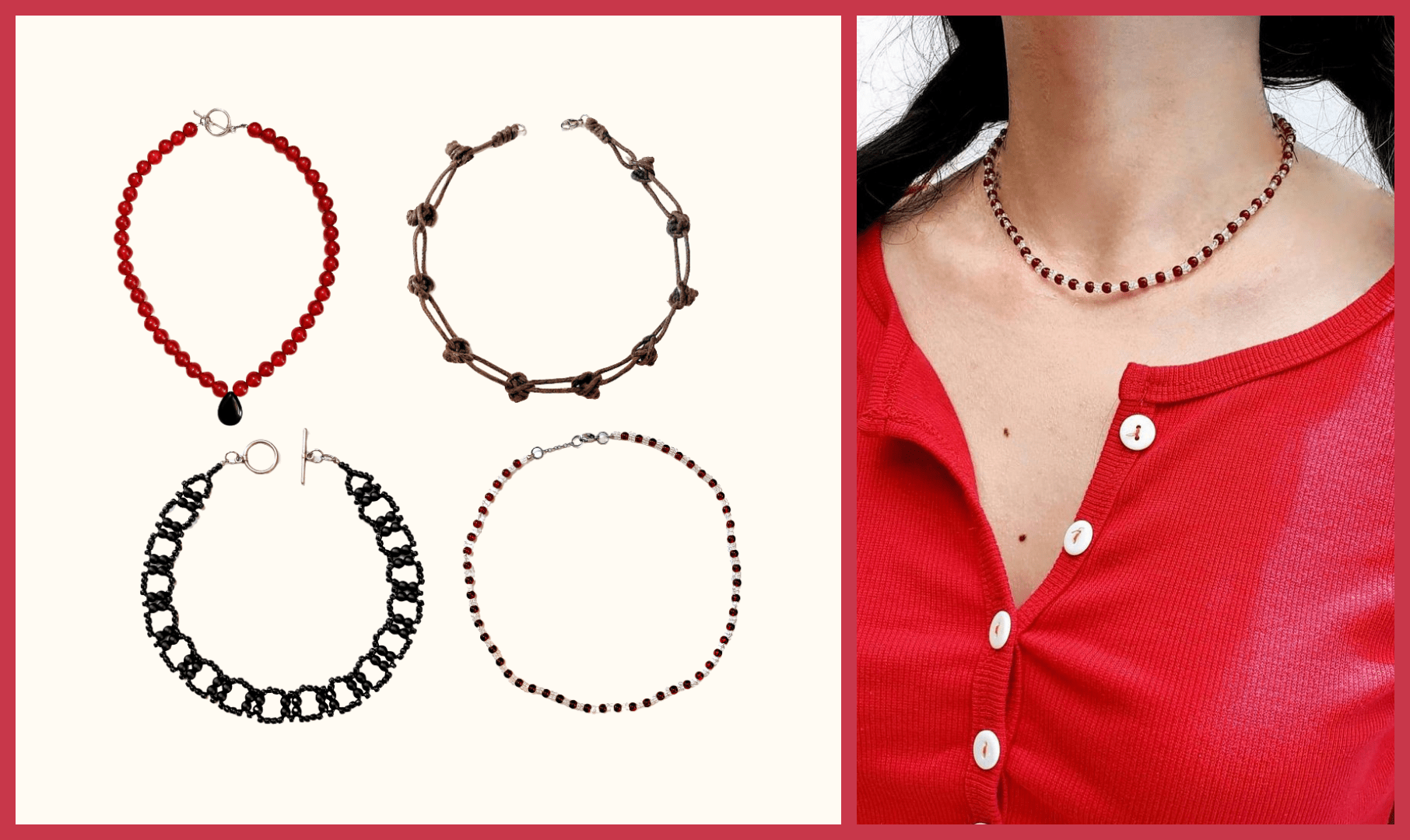 Already hyped up for the upcoming “Friends” reunion special?

Now that Jennifer Aniston, Courteney Cox, Lisa Kudrow, Matt LeBlanc, Matthew Perry, and David Schwimmer finally wrapped up filming for “The One Where They Get Back Together,” we’re just patiently waiting for it to start streaming on HBO Max. The reunion special was initially rescheduled to be released last March, but it was moved again (to no specific date yet) since they were able to finish taping just a few weeks ago.

Aside from re-watching the series, you might want to check this out, too–here are Friends-inspired necklaces you could collect while waiting for the highly anticipated reunion!

Local jewelry shop “Vim by May & Marie” recently launched their latest collection with pieces inspired by and named after the main girls of Friends: Monica Geller, Rachel Green, and Phoebe Buffay, plus the latter’s alter ego, Regina Phalange. The “Friends Collection” includes three necklaces made of beads and one made of waxed cord (a first for the brand!)

Rachel (PHP 500) has red chalcedony stone beads with a black teardrop-shaped agate pendant. Vim’s founders said that aside from Rachel on “The One with Phoebe’s Ex-Partner,” the jewelry that inspired this piece was also spotted on Phoebe and Joanna (Rachel’s boss.) Meanwhile, Monica (PHP 400) is a dainty piece made of wine crystal beads and clear seed beads. Try to look for something like this worn by Monica in the episode “The One Where Ross Hugs Rachel.”

For fans of the “Smelly Cat” singer, there are two pieces you could cop! Phoebe (PHP 470) has both shiny and matte black seeds put together in a beautiful pattern with a toggle clasp. You can find its inspiration in the episode “The One with the Worst Best Man Ever.” And if you want to channel her alter ego, you could get the Ms. Phalange (PHP 275), a macramÃ© necklace with rosebud knots made of waxed cord. A similar piece could be seen worn by Regina Phalange in “The One with the Sonogram.”

Photos: Vim by May & Marie

“We’re so excited to release this collection! When we started Vim by May & Marie, we envisioned that we would someday design pieces from our favorite TV show,” Vim co-creator Sheila Advincula said.

She also thinks it’s timely to launch the collection now since the reunion special is almost here. “When we found out that the six actors had come together to shoot their reunion episode this month, we knew it was time to finally present what we’ve been handcrafting for weeks,” she added.

Meanwhile, her sister and co-creator Julia Advincula said, “The curation of the designs was a really fun process! I was able to enjoy the show on a whole new level since we got to focus more on their styles. I got to appreciate the details put into the characters’ accessory choices, and that it would be a great addition to our designs.”

This collection really came out at just the right time and it’s exactly what we needed! Get your own Monica, Rachel, Phoebe, and Ms. Phalange necklaces now by heading to the shop’s OrderBasket, or check out their other pieces on Facebook and Instagram.

You may also purchase Vim accessories at the Hope Project UPM Virtual Bazaar until May 1, 2021. A portion of the shop’s proceeds till then will be given in benefit of pediatric cancer patients of Bahay Aruga and Silungan ng Pag-asa.