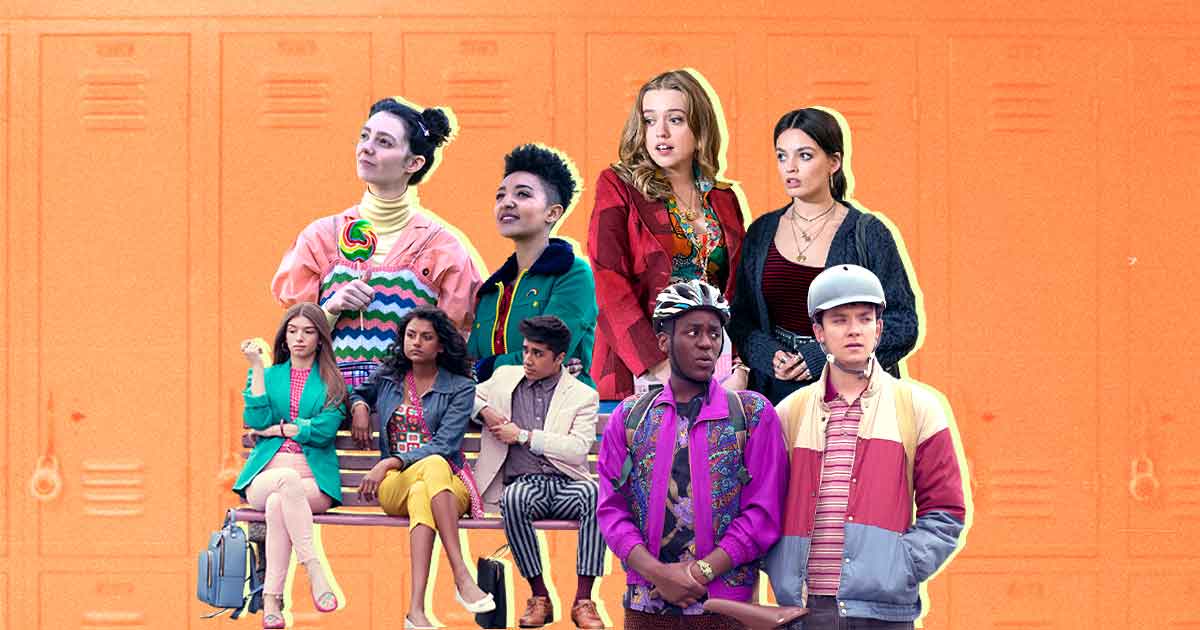 Netflix’s Sex Education has a lot of positive aspects to it. More than its entertainment value, the characters and script are brilliantly crafted. And while fashion is not the focal point of the show, the wardrobe choices are equally fascinating. We’ve broken down each of their styles so you can dress like your favorite Sex Education personalities.

Otis, who primarily wears horizontal-striped shirts and jeans, has the simplest wardrobe to recreate. In addition to his classic look, he has his signature ’80s-looking windbreaker jacket that he’s worn through Seasons 1 to 3.

Eric dresses as eccentric as his personality is. From a norm-core aesthetic, he starts wearing bright colors and bold patterns as he becomes more comfortable in his self. He takes inspiration from his African heritage and isn’t afraid to experiment with his looks.

The best way to describe Maeve’s fashion choice is grungy. Dressing to impress is the least of her worries with everything that’s going on in her life. Thrifted clothes, a cool leather jacket, and fishnet stockings would be her go-to. Don’t forget the dark eyeliner.

Maeve’s best friend, Aimee’s vintage aesthetic ascribes to her love of flared jeans and chunky jewelry. Her bubbly attitude is reflected in her outfit choices, which primarily consist of denim, funky blazers, and pops of color. The Farrah Fawcett hair completes the whole look.

It isn’t until Season 3 that viewers see a different side of Ruby, although we’ve always adored her preppy style. Checks and colorful prints are mainstays in her wardrobe. And when she needs to remind people that she means business, she has her smart blazers ready.

Ola literally wears her pride on her sleeve and is not ashamed of it. You can always spot her rainbow shirts and jumpers from a mile away. Layering seems to be her forte, which means owning a multitude of jackets and overalls. The girl even went to prom wearing a tuxedo.

Lily’s outfits are all about fun and pastel colors. She gets mocked for her interests in the cosmic space, but at least she’s unapologetically herself. Space buns, playful make-up, and her unique fashion sense are how she makes her mark on the show.