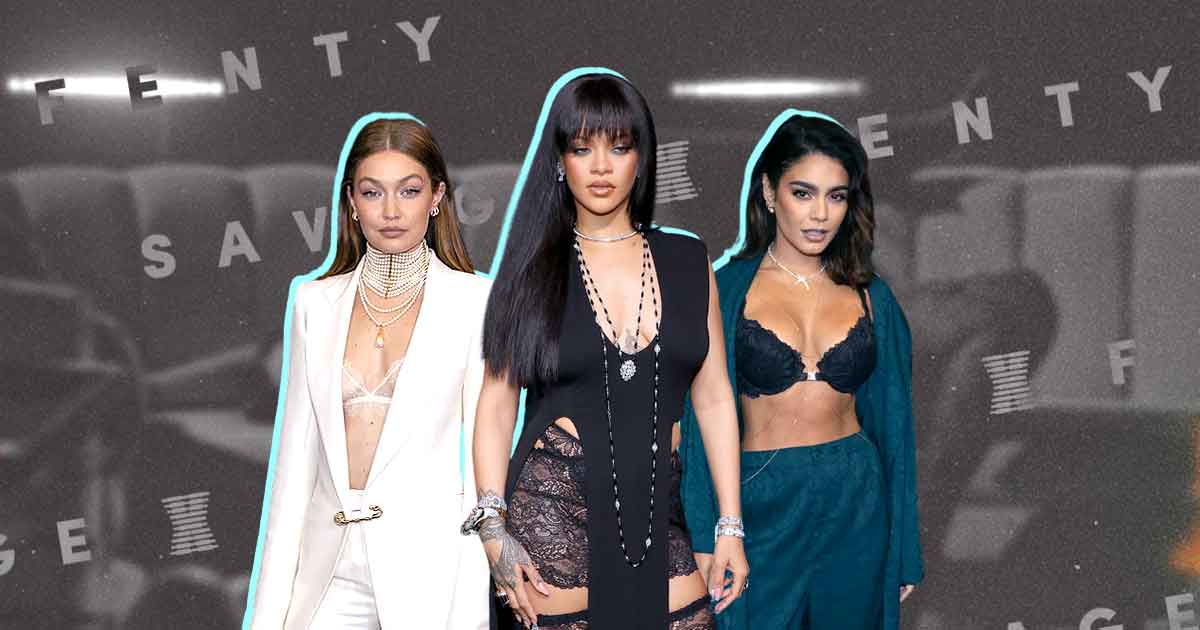 Rihanna’s Savage x Fenty never fails to deliver. From the outfits to the set design and choreography, the much-anticipated event catapults the brand further in the fashion industry.

The West Bonaventure Hotel in Downton Los Angeles temporarily gets transformed into a stage where models and celebrities of all shapes and sizes strut in sultry, empowering lingerie.

Here’s are some of the highlights from the 40-minute show.

Singer Jade Novah opened the show with a sensational performance, showcasing the new vinyl lingerie and a sleek cape.

Supermodel Cindy Crawford made her presence known. She sashayed down the stairs in a silky and seductive high-slit and plunging neckline dress.

The “Build a B*tch” singer and TikTok influencer walked the runway in a black one-piece with cut-out details that bared her tattoos. Bella’s signature pigtails and mesh gloves completed the killer look.

Before going shirtless on stage, Jeremy Pope modeled a sparkly men’s loungewear that exposed his abs. The Broadway actor didn’t end up completely nude as he still had his golden chains.

Among the Victoria’s Secret Angels that made it to the show is Emrata, who later undressed her robe and revealed fuchsia bandeau and thong set underneath.

Madonna’s daughter Lola made her second runway experience an unforgettable one. The matching latex underwear, thigh-high socks, and spiked hair gave her an edgy look.

The live-action Aladdin actor also debuted at the event. He donned an all-black silk ensemble and posed next to Vanessa Hudgens, who wore an alluring white lace set.

Of course, Savage x Fenty is not the inclusive brand people love without RiRi. The mogul made several appearances on her show, one of which she wore a crimson snake-print top and fishnets.