More than a decade ago, James Reid broke into the scene as the Big Winner in Pinoy Big Brother: Teen Clash 2010. But in the 12 years since that happened, James has become more than your standard half-of-a-love-team, heartthrob celebrity. He’s completely grown into his own man, expanding his skillset, network and understanding of the industry—so much so that if we hadn’t been keeping a close eye on his career, we’d barely recognize him.

His films and teleseryes, despite releasing years ago, are still talked about and rewatched in every avenue available. Never Not Love You, Diary Ng Panget and This Time are available for streaming on Netflix. You can currently catch episodes of On The Wings Of Love on PIE channel. There are multiple YouTube videos that list down his best moments, following his career from teen star to leading man, from a noontime show performer to a who’s-who in the music industry.

We had the opportunity to speak with James to discuss the latest in his discography. From the R&B sounds of his yesteryears, the 29-year-old discusses the highs, lows and in-betweens that have led him to now in this FreebieMNL Spotlight exclusive.

Five years in between any given moment in our lives is a long time. For James, those years were spent honing his craft. He learned from artists from different walks of life and different corners of the world. And he’s taken it all to creating and producing lovescene:.

“lovescene: has been a completely different process. I’ve learned to enjoy the process more and, through the music, I can feel how much I’ve grown since Palm Dreams,” he begins. “Palm Dreams was more R&B and electronic, then the songs that followed were more neo-soul and funk. lovescene: is a blend of my favorite styles and genres, all in a pop album.“

It’s evident from the tracks that this album drew something different from James, and he admits in our interview that he had difficulty with it at first. He felt vulnerable and insecure at the idea of opening himself up and creating music inspired and driven by his personal battles.

“At the beginning of the year, I tried to stay away from opening up about my experiences, because I never thought they were worth writing about,” he explains. “I owe it to all the producers and collaborators [who] I worked with for getting me out of my funk. Through the process of making this album, I’ve learned to write freely.”

The overarching theme of the album isn’t a secret; it’s tucked right into the title. In its 10 tracks, you’re taken on a journey of romance, of a love that’s grown but still believes in itself. It makes a case for enjoying all the different parts of love, whether it’s the honeymoon beginning, the comfortable middle or the bittersweet end of it.

The same narration is evident in the visuals of the album. “Generally, the visuals for lovescene: are based on chasin, which has a more sultry, sexy tone as compared to James’ previous releases like Hello that showed a goofier side to him,” Careless Music Creative Director Henz chimes in. “We decided to go for an old motel vibe where there’s no sense of permanence, but is also a place where love begins and ends. Motel rooms are also used as a symbolism for privacy, going back to the lyrics of u & i where James says ‘boogie on out the party, let’s keep it on the hush.’”

Armed with his own personal experiences with love and an understanding that its definition has expanded, grown and changed over the years, lovescene: is the culmination of everything James has gone through—and he even has a track in there for his younger self.

As we ask James to think back on his first heartbreak, he says the song he would play himself then is bring me back. “It’s a song about the possibility of finding love again,” he explains. With lyrics like, “Oh baby you showed me/ How to be alive/ And The way that you know me/ Feels like paradise,” it’s clear that there have been lessons learned.

James is able to pinpoint which part in writing was most difficult for him—at least when it came to his lyrics. With the production and release already behind him, he tells us that “I guess forever was a game we were playing” from stay is his favorite line from the 10-track album. And the hardest words to write? According to the artist, it was:

Living in the spotlight, ain’t what we needed”

It’s been years since we’ve had the privilege to hear new music from James. And while it was a long wait, it’s one that’s proven to have been worth it. Hearing his music now is a testament to how much he’s grown—as an artist, as a producer, as someone only a few lucky people get to really know.

In the time since Careless Music first announced its independence in 2019, James has helped sign multiple artists and his label has released single and after single, EP after EP and album after album. But the coming of lovescene: marks not only his return behind the mic, it signifies a return to his roots that is rooted in no one but himself.

Amidst all the confusion that comes with mixing the professional with the personal, James Reid has reached the other end stronger. He acknowledges that our fears are the hardest things to be vulnerable about and it’s true. But sometimes when you take that leap, you end up with a lovescene:. 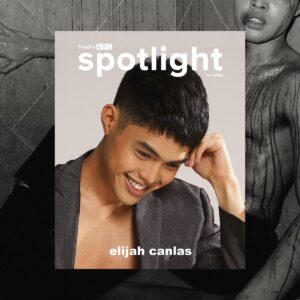 Elijah Canlas Explains It All

The “LiveScream” star sounds off on life, love, and work. 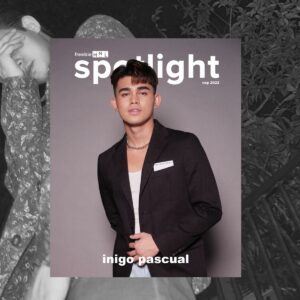 The 25-year-old actor-singer opens up about becoming Ace Grayson and making it big in Hollywood. 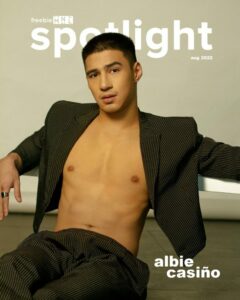 The Rise, Fall, And Revival Of Albie Casiño

Follow his journey from fast-rising young actor to local pariah and his comeback in “PBB.” 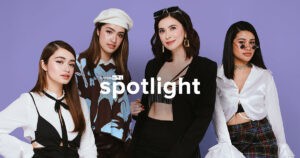 Find out just how close Sunshine Cruz and her daughters are in this exclusive feature!