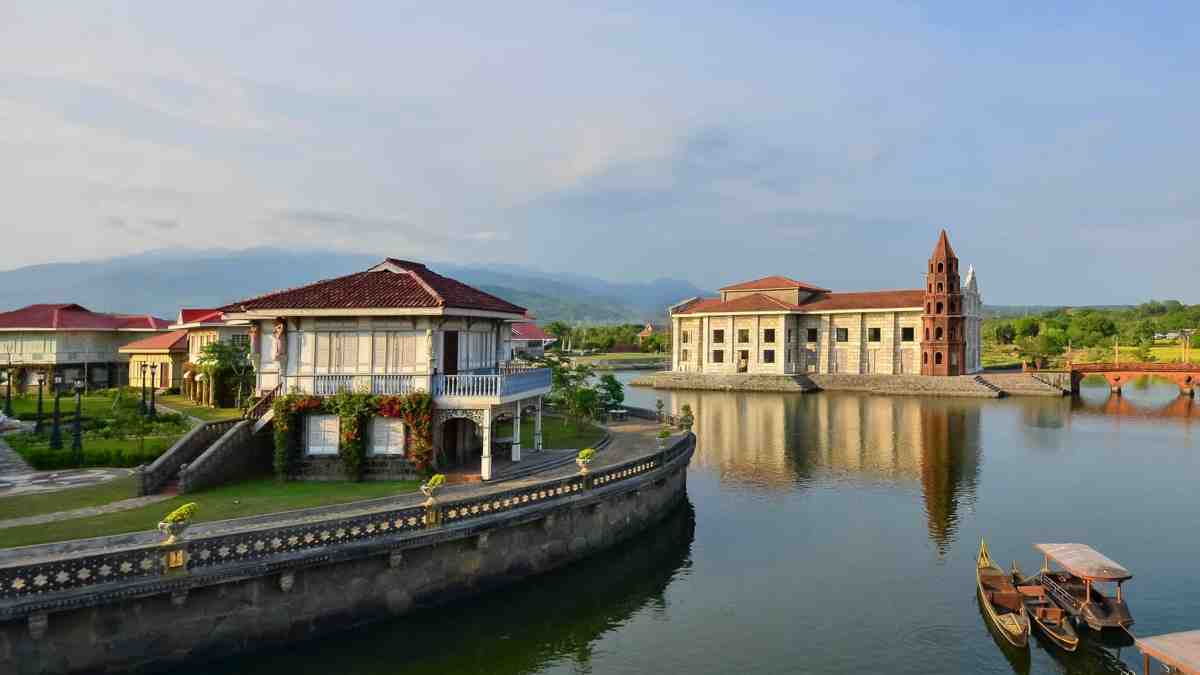 The hotel in Bagac, Bataan was one of more than 300 hotels and resorts recognized worldwide.

If you’re ever thinking of going on a staycation, Bataan might be a promising destination. That’s becauseÂ Las Casas Filipinas de AcuzarÂ in Bagac, Bataan just took home theÂ 2021 Historic Hotels Worldwide award for the Best Historic Hotel in Asia and the Pacific.Â

The award was given last November 11 during the Historic Hotels Worldwide’s ceremony and gala dinner at The American Club Resort Hotel in Wisconsin, USA. Las Casas Filipinas de Acuzar rose over the competition which included some of the most remarkable hotels and resorts in the region, namely The Fullerton Hotel Singapore, The Murray Hong Kong, Deogarh Mahal Rajasthan, Raffles Grand Hotel D’Angkor, and Beijing Hotel NUO.

Accepting the award was Jose “Jerry” Acuzar, founder and owner of Las Casas Filipinas. Through a video message played during the ceremony, Acuzar thanked the committee who nominated the historic hotel which, despite difficulties, remained a focal point of heritage and restoration.

“It’s incredibly humbling to stand before such an esteemed audience and receive this prestigious award. From the bottom of my heart, I thank everyone from the Historic Hotels Awards of Excellence Nominations Committee for recognizing our efforts at Las Casas Filipinas de Acuzar,” said Acuzar. “With all the hardships in our country, it became scarce to give support and importance to heritage and restoration. That’s why we are deeply thankful for this attention.”

He added: “We are delighted that the efforts of our artisans, carpenters and the people who supported us are now recognized, especially their skills. None of our accomplishments are possible without the exceptional team behind Las Casas Filipinas and New San Jose Builders Inc., who built my vision of collecting and restoring these ancestral homes that were in a state of neglect and decay.”

Opening in 2010, the 400-hectare heritage destination that is Las Casas Filipinas de Acuzar boasts some 63 restored heritage houses and 34 historically significant structures. Through the innovative method of “dismantle, relocate, and rebuild,” that breathed new life to abandoned and dilapidated heritage homes and storied sites, Las Casas Filipinas de Acuzar has now become the first heritage hotel-resort in the Philippines to be bestowed the Best Historic Hotel award.

“I built this for my love of my hometown Bataan, my love for the Philippines and especially my family whom I have shared so many beautiful memories with in Las Casas Filipinas. We celebrate that in the work we do at Las Casas Filipinas. This historic hotel is my gratitude to my country and people,” Acuzar said.