Have you ever wondered what it’s like to live in another world?

Sometimes, we can imagine ourselves in 1800s-dated Victorian houses, with tall columns and sprawling interiors. Other times, it’s a quaint, humble abode in South Carolina with a wrap-around porch and wide windows.

Well, good thing there’s an Instagram that can help you live vicariously through abandoned, old houses.

Cheap Old Houses posts exactly that — cheap old houses! The users behind the page saw a growing problem in America where many perfectly usable (albeit old and run-down) houses were going to waste.

As a historical preservationist, Elizabeth Finkelstein, the woman behind the page, chose to post charming old houses, with cheap price tags, to entice people to buy them. Soon, the demand grew and a movement was started — everyone wanted to “save” a house.

These “saved” homes often fell into the hands of homeowners looking to renovate, design, and preserve the history of each house. With some TLC and a lot of work, the houses would turn into a better version of its original self.

For Finkelstein, the allure of the old homes comes from the fact that they’ve been mostly untouched over the years. Big cities like Los Angeles and New York rarely have historic homes that haven’t been redone over and over again. In contrast, these small-city houses still have that kitchen sink from 1920, or the original fireplace from the 1950s.

Most of the houses on the page can be found in the Midwest and Southern parts of America and mostly go for under $100,000, which is a steal!

But mainly, starry-eyed DIY-ers browse through Cheap Old Houses to imagine what could be. At 1.5 million followers, Cheap Old Houses offers the best escapism by raking in the interest of those dying to design and renovate.

And while we can’t exactly pack a bag and move to Ohio any time soon, it’s nice to just scroll through the page and enter a dreamscape of painting and redecorating a home that is just yours.

You can check out “saved” houses newly renovated or currently being restored here and here. Don’t be shy — take some time to browse through their page for your own dream house. 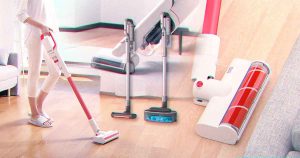 You will never go wrong with self-cleaning and cordless vacuum cleaners! In a world where a deadly virus like COVID-19 is looming, regular home care has been more important than ever. Though important, we get how this chore may be averse to many. That’s why having a vacuum cleaner at home may be a good […] 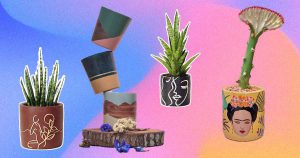 Plantitos and titas of the Philippines, it’s your time to shine. While we know you love all the different kinds of plants and flowers that you take care of, we also know that you’re crazy about pots. There’s just something satisfying about a customized pot that reflects your personality and interests perfectly. Luckily for you, […] 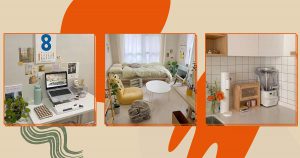 The best IGs to inspire your Korean bedroom aesthetic

The K-wave is far from over! In recent years, Korean food, media, and beauty practices have flooded the Philippines, quickly establishing itself as a part of our everyday lives. Now, with so much influence from Korea, it’s not a surprise to see that people all over the world have taken to Korean design. Read: K-Pop’s […] 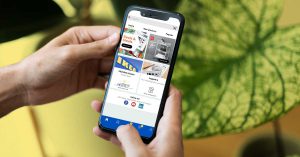 IKEA Philippines Now Has An App

Unless you’ve been under a rock lately, you must’ve heard that IKEA is finally open in the Philippines. For now, you still have to schedule an appointment to enter the premises, and even if you did manage to secure a slot, the Pasay store is completely packed. READ: Your First Look at IKEA Pasay City […]