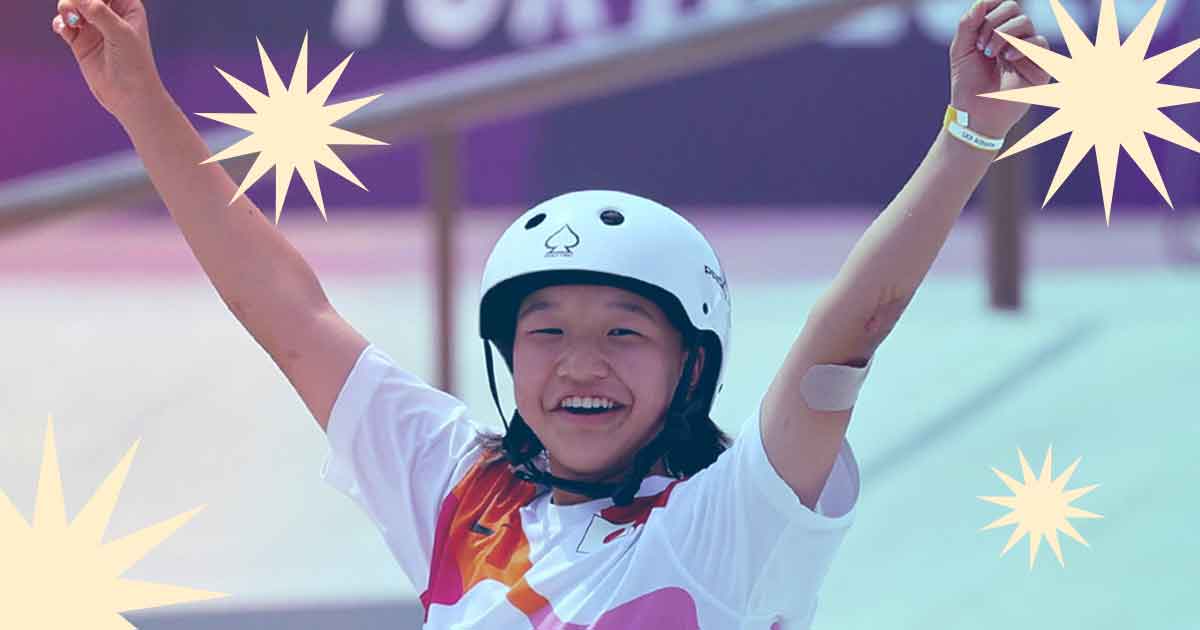 At 13-years-old, Nishiya Momiji has already achieved more than your average teenager. She’s Japan’s youngest gold medalist after scoring 15.26 points for the women’s street skateboarding. Not only that, but she’s also one of the youngest to win a gold medal in Olympic history. The title of youngest gold medalist still belongs to American springboard diver, Marjorie Gestring from the 1936 Berlin Olympics.

A Famous Skater in the Making

“I’m so happy to win the Olympics in Japan, and I’m so happy to win my first Olympics as one of the youngest competitors,” Nishiya told the Olympics Committee. Like with other competitions, she admits she was initially nervous, but soon after overcame those jitters. The young skater already has a silver medal to her name, which she won at the 2021 world championships in Rome.

Nishiya is hopeful about the future of skateboarding, which made its debut in this year’s Olympic games. “Skateboarding is fun and interesting to do, so I want everyone to try skateboarding,” she said. When asked about her future goals, the young woman knows what she wants and is determined. “I want to be the famous one who everyone in the world knows. I want to win at Paris 2024, too.”

In second place for the women’s street skateboarding was another 13-year-old, Brazilian Rayssa Leal. She, too, is looking forward to her future as Brazil’s youngest medalist. “I feel very happy. I made history at 13 years old. I hope I can be at many other Olympic Games,” she expressed. Leal had a lot of fun, did her best, and she’s happy about the results. “It’s been a dream of mine to be here and have a medal around my neck, to make Brazil proud, and that’s very satisfying for me.”

If there’s one thing these young women want to impart, it’s that skateboarding is for everyone. The sport was included in the Olympics to add youthful excitement to the games and it did the trick.