What’s going on in Illinois?

The SAFE-T Act is a controversial bill. It will waive monetary bail for 12 non-detainable offenses in Illinois. Kidnapping and second-degree murder are among those offenses.

This is a law that some say could result in the release of hundreds of offenders. The SAFE-T Act, now known as “the Purge law,” has raised concerns among Americans. Terrified residents compared the law to The Purge. It is an action horror film in which violent crimes are legal for 24 hours once a year.

But will this law bring more bad than good? Let’s get into that.

The SAFE-T Act stands for “Safety, Accountability, Fairness, and Equity Today.” It was known as House Bill 3653 before Governor JB Pritzker signed it into law last year. Among other things, it requires all police departments to have body cameras.

Much of the bill went into effect in July 2021, but it will end the cash bail system as of January 1, 2023. That system has had an adverse impact on various minority groups.

To be clear, authorities will not free inmates convicted of crimes. Authorities can only free a detainee after January 1. This is due to the constitutional protection of the presumption of innocence. But a judge decides whether to release a person or not. They will base their decision on an assessment of public safety. Not the amount of money in the defendant’s bank account.

A judge may revoke pretrial release for some offenses. These include domestic violence, stalking, and violent felonies. The offender isn’t allowed to leave custody following their arrest.

RELATED Two companies are finding an “analyst” who can watch 13 horror flicks for $1,300

The SAFE-T Act isn’t as bad as the internet makes it seem. It gives those who aren’t capable of bailing themselves out a chance. All while ensuring that those who commit serious offenses end up behind bars for good. 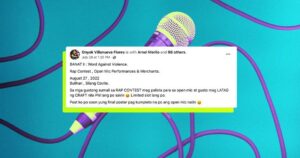 A rap org is using hip-hop to steer the youth in the right direction.