Months after news of his divorce hit newsstands, Kanye West has finally been spotted in public for the first time, but with a new lady friend.

The two were snapped walking together through a vineyard, with West notably donning big smiles, and Shayk looking comfy in a crop top and black pants. They spent three days at Villa La Coste, a lavish hotel near Provence.

According to E! News, an eyewitness has said that the pair looked “happy and relaxed,” noting that they were in the company of a few other friends.

Both Shayk and West were also pictured landing in the U.S. on the same plane, further fueling dating rumors.

The rumored couple has apparently known each other for years, with Shayk participating in West’s 2010 music video for his song “Power,” and walking the Yeezy runway in 2012 for Paris Fashion Week.

It was only recently that they linked up again, when they were both in New York City. “They met up one night and had chemistry and hit it off,” sources told E! “It’s very casual and they have only been in touch for about a month. Kanye has expressed he doesn’t want anything serious but likes Irina’s vibe.”

According to insiders, West’s ex, Kim Kardashian, is aware of the connection. “Kim has heard the rumors about Kanye and Irina Shayk and she doesn’t mind at all,” they said. “If it doesn’t impact her kids, then she doesn’t mind if Kanye dates.”

Shayk had previously been in a four-year relationship with Hollywood actor Bradley Cooper before calling it quits in 2019. They share 4-year old daughter, Lea, together. 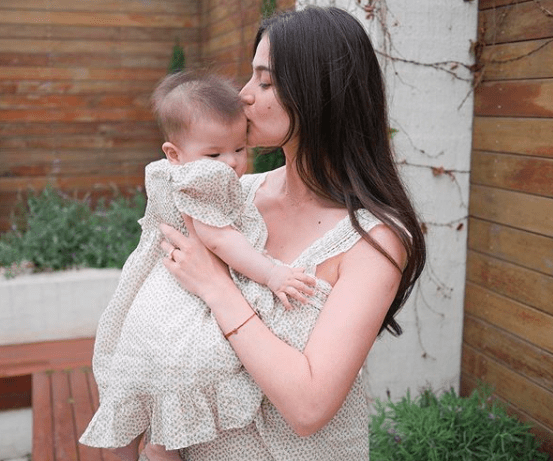